Relations between Pedro Sánchez and Alberto Núñez Feijóo have never been good, but now they are worse than ever. 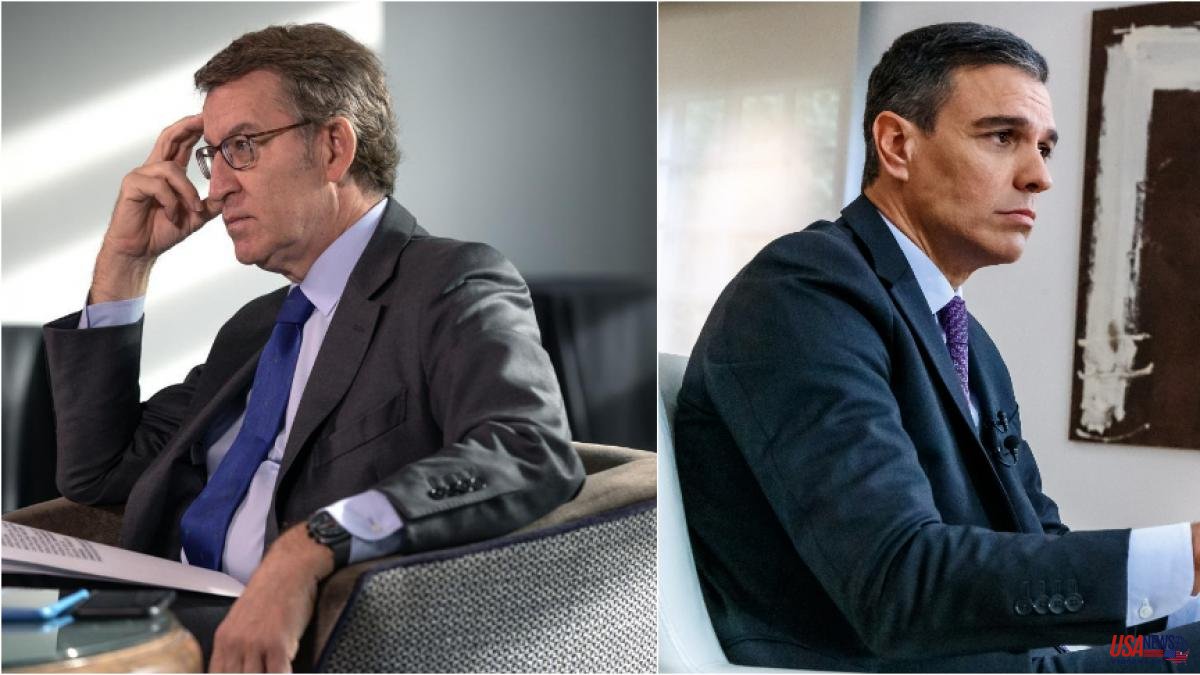 Relations between Pedro Sánchez and Alberto Núñez Feijóo have never been good, but now they are worse than ever. And in this environment, the Prime Minister and the leader of the main opposition party will meet again in the Senate, where they had their last debate, on that occasion on anti-crisis measures.

Sánchez and Feijóo have not seen each other since October 18, when they had their second debate in the Senate, this time on the economic measures adopted by the Government to deal with the crisis. Then it was seen that, despite the harshness in the crossing of accusations that were dedicated, the different formulas that they have to propose economic and fiscal solutions, something both wanted to preserve above all else, the negotiations that were then underway for the renewal of the General Council of the Judiciary.

Everything blew up, and also the last chance for an understanding between the Prime Minister and the leader of the Popular Party. Since then they have not seen each other but both keep their swords raised and in this nearly a month the harshest reproaches and fiercest criticism have been dedicated to each other.

Because after the rupture came the bill that specified the abolition of the crime of sedition and the creation of a new criminal type of "aggravated public disorder", which entails a substantial reduction in penalties for events such as those that occurred on October 2017 in Catalonia.

Not only that. ERC added to its demand that the crime of sedition disappear, that of discounts for embezzlement penalties, something that has not yet materialized. The PP has raised a cry to heaven and sees in this new possibility the intention to covertly pardon the former Andalusian president, José Antonio Griñán, who has to go to jail next week for the case of the EREs.

Added to these controversies has been the one created by the reduction of sentences that are being given to those convicted of sexual crimes, after the entry into force, in October, of the so-called "Yes is yes Law", and the subsequent criticisms that the Minister of Churches, Irene Montero, has dedicated to the judges, whom she accuses of being sexists.

From the PP it has been said that Sánchez "has lost his morale", as the general coordinator of the PP, Elías Bendodo, stated yesterday, and from the socialist ranks they once again underline that Feijóo is subject to the most radical sectors of his party , starting with Isabel Díaz Ayuso.

With this panorama, the face-to-face that they will hold today in the Senate, even if it is restricted to the 15 minutes that a question lasts in the control session, threatens to be a dog-face confrontation, in the style of the first debate that both held in the Upper House, when Sánchez spent three quarters of an hour disqualifying Feijóo, whom he came to accuse of being insolvent, at a time when the popular leader was rising like foam in the polls, selling his management capacity.

The mood is heated on both sides. The Government is willing to reproach Feijóo for not having fulfilled his "constitutional obligation" to renew the General Council of the Judiciary, and the president of the PP will take "the indignation of the street" to the Senate for the abolition of sedition, the reform, still to be seen, of embezzlement, and the consequences of the "yes is yes" law, which the president of the PP will put on the table as an example of the "chaos" in which the Government is plunged.

A Government, Feijóo will remind Sánchez, who has his Minister of the Interior in a very delicate situation due to the events of July in Melilla, the Minister of Equality, Irene Montero, whose resignation is demanded by certain sectors, and with the president of the PP pointing to Pedro Sánchez himself, as responsible for everything, and against whom a campaign of acts to protest all these issues is directed, which will coincide on Thursday with the debate in Congress on the bill on sedition.