"I've never been under so much pressure and I'm 56 years old. 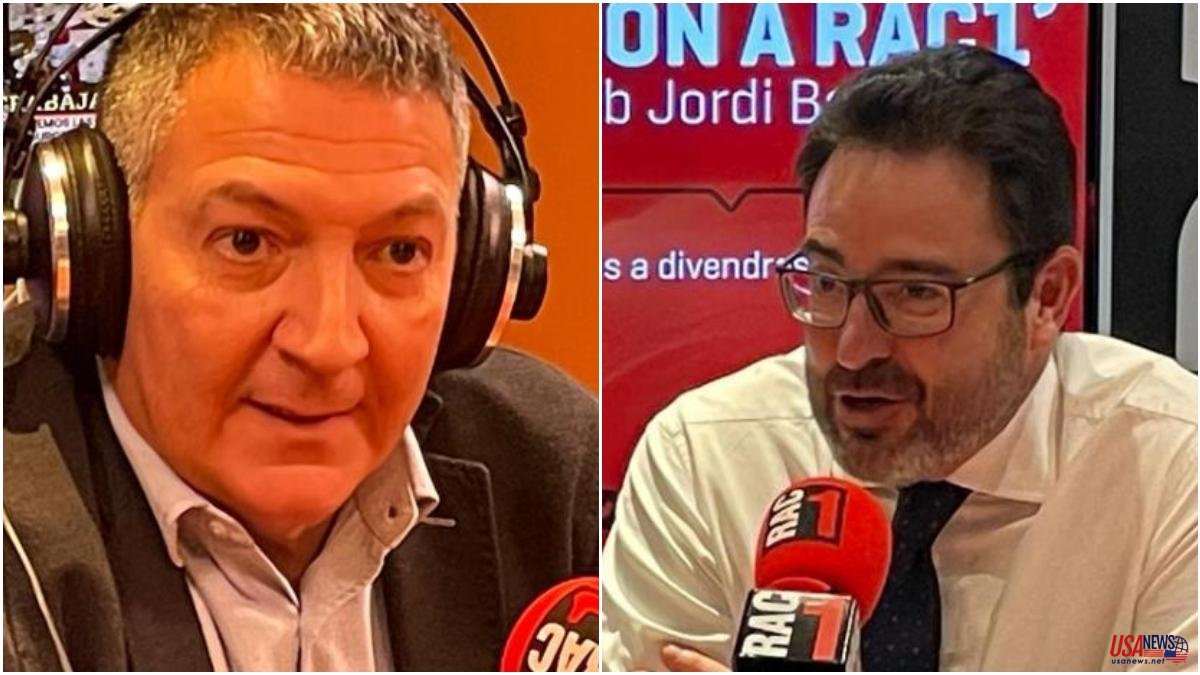 "I've never been under so much pressure and I'm 56 years old." The ex-minister Miquel Sàmper has revealed this Monday in RAC1 that when he was appointed head of the Interior in September 2020, in the Government of Quim Torra, he received a lot of direct and indirect pressure, through third parties, from the businessman and former convergent political leader David Madí to that he did not make changes in the leadership of the Ministry, although Sàmper ended up dismissing the then number two in the department, Brauli Duart. "Suffocating pressures", he has referred to himself. "Don't touch anyone, because the whole world is mine," Madí would have told him when he took office. Pressures that, on the other hand, were reflected in the telephone interventions that the Civil Guard made to Madí in the framework of the Volhov operation and in which the businessman speaks with a brother-in-law of the minister whom he tries to use as an intermediary so that he does not touch anyone until Don't talk to him before.

The ex-minister explained this Monday that he met Madí years ago through his brother-in-law, who maintained a friendship with the businessman, and that they had met on several occasions to talk about politics. He has also revealed that he became interested in Madí through third parties when he was arrested in October 2020 and that the pressure exerted by Madí ended up affecting the former minister's relationship with some of his closest relatives.

In the listening of this judicial process, it was already discovered that Madí had asked Sàmper not to make decisions regarding the leadership of the Department of the Interior before speaking with him and with the then general secretary of the department, Brauli Duart. Since when Sàmper was appointed minister, Madí was away for the weekend.

When these recordings came to light in the framework of the judicial procedure, Sàmper already ruled on it in the Interior Commission of Parliament. "I think I have gained credibility. What I did is what I wanted to avoid," he said at the time, referring to the dismissal of the general secretary, Duart. "I can't have a clearer conscience because I cut any link with this plot. Any suspicion was cut off," the then-head of the Interior stressed to questions from the groups.

After Madí was interviewed on RAC1 last week and spoke of practices similar to those of Commissioner Villarejo in the Generalitat police, Sàmper has referred to this whole matter. "I avoided being his pawn. The freedom of not depending on anyone is worth a lot," said the former minister, who has insinuated that if he was not appointed Minister of Justice, as he had been assured would happen, it was because he was secretary General of Junts per Catalunya, Jordi Sànchez, and for Madí. Sàmper and Sànchez met a few months ago at a RAC1 gathering and it was found that there was no special affinity between the two Junts leaders.

Sàmper is a talk show host on Mondays in the space directed by Jordi Basté, but this Monday he has been more of a protagonist of the news, also answering the questions of the rest of the collaborators, such as Mònica Terribas. To the journalist's questions, Sàmper assured that he knows that Madí and the current chief commissioner of the Mossos d'Esquadra, Eduard Sallent, "are personal friends".

In that same interview last week, David Madí charged against some officials, responsible for investigations of the Mossos, who act with impunity and whom he defined as "micro villarejos" highlighting the role of the person in charge of the Criminal Investigation Division , Tony Rodriguez. On Friday, Toni Rodríguez sent a letter to the union that represents 90% of the commanders of the Catalan police, the Sicme, regretting the silence of the union, of those in charge of the police, of the management and of the Ministry of the Interior. In that same letter, Rodríguez explained that through an intermediary, the police leadership had offered him legal assistance in case he wanted to denounce Madí, although the mayor explained to the union that in his opinion the complaint against the businessman should be led. or the union, or the leadership of the police or ministry, and not him in a personal capacity.

Following the letter, the union finally released a statement on Sunday assuring that they were studying the possibility of taking legal action in reference to the accusations against the mayor Toni Rodríguez and the investigation team. "We will not tolerate any gratuitous attack without a strong response," the organization added.

The first to react were Copcat, a professional association of police commanders, which in a very harsh statement came out in defense of the mayor, warning that they were "disgusted" by the "political interference" that the police organization is suffering.