Simenon, of the universal and the eternal

In the storied world of French letters, the Belgian George Simenon (Liège, 1903-Lausanne, 1989) embodies a strangeness, a heterodoxy, a world bestseller more typical of the Anglo-Saxon publishing industry than of Francophone literary solemnity. 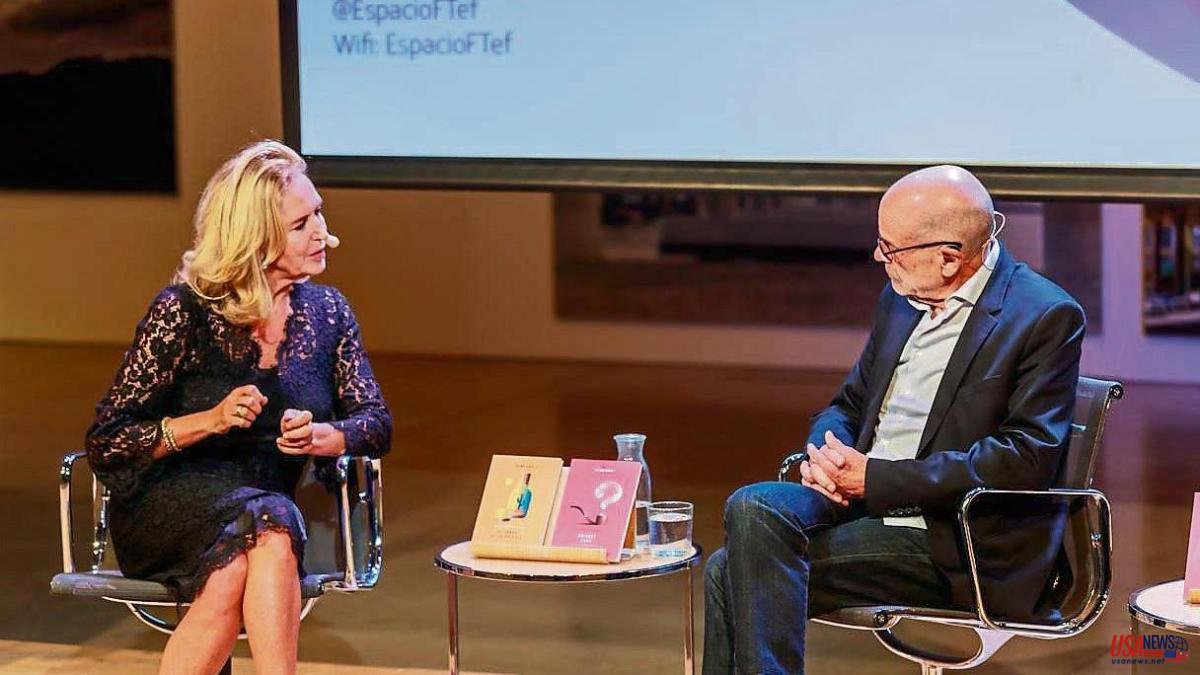 In the storied world of French letters, the Belgian George Simenon (Liège, 1903-Lausanne, 1989) embodies a strangeness, a heterodoxy, a world bestseller more typical of the Anglo-Saxon publishing industry than of Francophone literary solemnity. However, the validity and impregnation of Commissioner Maigret's police stories is the only one in the French sphere that could compete with the classic detective stories produced by English and American novels.

Last night the Hay Festival –which is being held from today until the 18th in Segovia– dedicated its prologious day to his figure, which has sold more than 550 million copies, with the participation of John Simenon, son of the novelist, and Caroline Michel, literary agent, editor and president of Hay Festivals around the world, at Espacio Fundación Telefónica in Madrid, with the collaboration of La Vanguardia. In a discussion moderated by the deputy director of La Vanguardia Miquel Molina, Simenon and Michel spoke about the validity of the Maigretian icon, and about their lives beyond paper pulp, including the many film and television adaptations –half a dozen series have brought to the big screen the adventures of the commissioner–, the latest, signed by the prestigious Patrice Leconte and starring Gérard Depardieu, in which John Simenon has acted as executive producer. Premiered in Spain last May, Maigret is based on the novel Maigret et la jeune morte, a twilight title in which the novelist's heir asked Leconte to work on the final vulnerability of the infallible commissioner. "It is a film more focused on the figure of Maigret himself than on the detective story itself," Simenon explained.

His son spoke of the peculiarities of George Simenon and the care with which he protected the editions of his books, dwelling on the care with which he ensured the graphic design of his covers and the coherence of the editions, which is why, he narrated , tried to have a single publisher in each country. Of its editor in Spain, Francesc Cañameras, Miquel Molina underlined that he came to create a pseudonym with his last name to pay different translators with the same signature, as a way of giving work to writers and translators repressed by Francoism and who were part of the Republican exile in Paris. Simenon Jr. said he was unaware of the data – he promised to delve into his files – but admitted that it was consistent with the character of his father, who is currently investigating whether it is true that he renounced part of his copyright to finance the French socialist party , as a recent book on the history of the Gallic socialists affirms.

That literary coherence of his enormous work – John Simenon joked with the fact that the entirety of his father's prolific work, 192 books signed with his name and thirty more published with two dozen different pseudonyms, has not yet been read – explained Simenon, has to do with the consistency of a brand, "although it sounds like a commercial concept", and it concerned the entire process of marketing the work, which now, Caroline Michel explained, is trying to make its way into Latin America. Michel spoke about the humanist nature of the curator's adventures and the addictive quality of these readings, as a portal to other authors and works. Placing the accent in this way on the greatest of the legacies of a writer of the popularity of Simenon: the creation of readers. In other words, the widening of the world.