The initiative was simple, but it has ended up leading to a controversy that fills the sports sections of the Australian media. 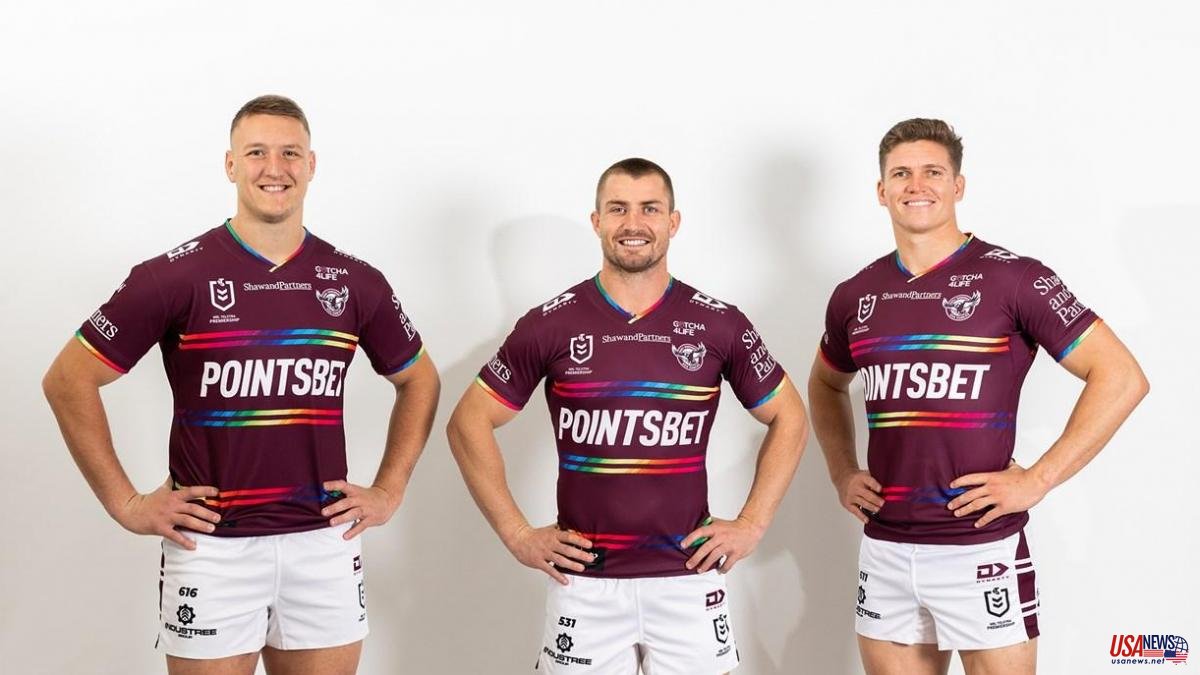 The initiative was simple, but it has ended up leading to a controversy that fills the sports sections of the Australian media. And that has even jumped onto the political scene. The Manly Sea Eagles, a team from Sydney that plays in the first division of rugby in Australia, presented a special shirt with rainbow colors in support of the LGTBI community to play their next league match against their neighbors the Sydney Roosters. Nothing that other teams or athletes have not done. But in this case they have met with the firm opposition of seven of their players, who refuse to wear it, which has already provoked a response from the highest authorities in the country.

The seven players have informed the club that their boycott of the LGTBI shirt is due to personal and religious reasons. And, with that, they leave their participation in the derby against the Sydney Roosters up in the air –a team with which the Sea Eagles are tied in the classification in the fight for a playoff place–.

"They will not wear the shirt because it conflicts with their cultural and religious beliefs," their coach, Des Hasler, told a news conference. "The intent of the t-shirt is to support advocacy and human rights related to gender, race, culture, ability and LGBTI movements. Unfortunately, the execution of what was intended to be an extremely important initiative has been poorly executed," added the technician in an appearance in which he has publicly apologized for the commotion and explained that the initiative was not discussed with the staff.

Despite this, the Sea Eagles maintain the initiative for the game, which will take place this coming Thursday. The club has already announced that the rest of the players will wear this special shirt, which includes rainbow lines on the neck and torso, around the advertising.

In fact, the shirt has been all the rage among fans and its stock has sold out in less than 24 hours in the Sydney club's online store, according to the public broadcaster SBS.

The issue has gone beyond the sports sphere and has led several members of the Australian Government to speak out on the matter, such as its Prime Minister, Anthony Albanese, who has been critical of the players' position and has urged that "sport be more inclusive , respecting everyone for who they are".

In this sense, Albanese has made reference to former Sea Eagles player Ian Roberts, who in 1995 became the first elite player in world rugby to make his homosexuality public. "Roberts was not the first gay player, but he was the first to have the courage to come out of the closet and that paved the way for others to do so," the president stressed.

Roberts himself has published an op-ed in The Sydney Morning Herald titled I Wore My Manly T-Shirt and My Sexuality With Pride, Now I'm Heartbroken. In it, Roberts directly addresses the seven players who have refused to wear the rainbow color and asks them to understand their position and that of the gay community.

"There are children who take their own lives because they believe that the world hates them for being homosexual and episodes like this don't help, don't you understand? I ask you to reconsider your position, decisions like this make a difference," he explains in the article. It so happens that Roberts shared a team with the now Sea Eagles coach, Des Hasler, and according to the words of Roberts himself, he supported him when he explained that he was homosexual about 30 years ago.

The Australian National Rugby League (NRL) also plans to take action on the matter and has already advanced its intention to promote a league day in favor of LGBTI pride next year: "We are very proud to be a league for everyone," he defended Australian league president Peter V'landys.

"One of the things I love about Australia is its freedom, we don't live in Russia, no matter who you are you will be treated equally," added V'landys, who despite saying he "respects" the decision of the seven players, the league will not back down on its steps forward to give support and visibility to the LGTBI community.