Santander and Ferrari climb positions in the race towards zero emissions 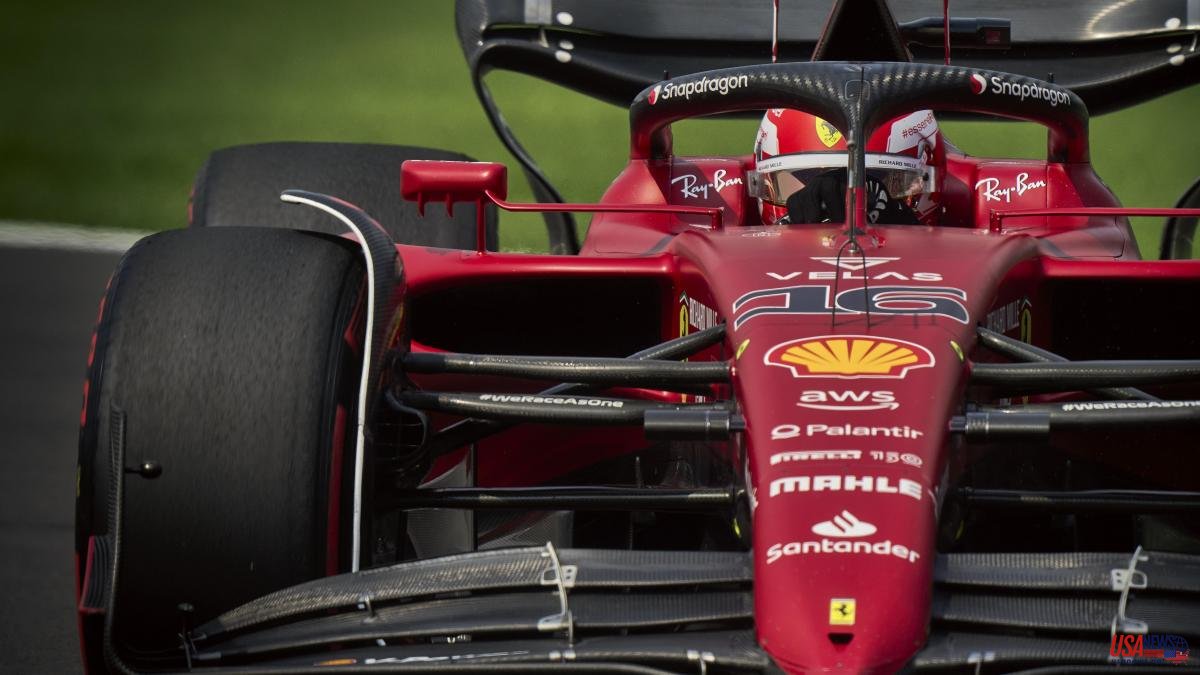 An African proverb says that whoever wants to go fast goes alone, but whoever wants to go far goes together. In F1, there is no driver who does not want to cross the finish line alone, but when we talk about sustainability, the formula is different. Achieving emissions neutrality seems to be the most demanding circuit for the teams, so going hand in hand with those who know the path or have already traveled it seems the best strategy.

This is what happens if we talk about Banco Santander and Ferrari. Just a year ago the entity returned as a sponsor of the Italian team, the most successful in all of history. An alliance that goes beyond its presence in the race kit, the cap of its drivers or the unmistakable red color of its single-seater. Santander has become an essential ally for the Italian company to achieve its plans to be neutral in carbon emissions by 2030, and thus contribute jointly to the fight against climate change.

A circuit -that of sustainability- that Banco Santander knows well. Without going any further, the entity chaired by Ana Botín has positioned itself in the first half of 2022 as the world leader in financing renewable energy projects, with a total financed of more than 2,400 million euros. Since 2020, it has also been carbon neutral in its activity, with a view to achieving net zero emissions for all its clients' emissions derived from any of its financing, advisory or investment services.

The common path is marked. In fact, the new neutral engine is one step away from being a reality. 2025 is the year set to achieve it and riders like Charles Leclerc or Carlos Sainz are already testing all the innovations. They are the first to personally verify that speed, efficiency and sustainability come together in the same place. His driving and experience seek, as the Spanish pilot said, "to make the race as efficient and short as possible", without detracting one iota from the spectacularity of this sport.

In the race towards an emission-free F1, steps have been taken. For example, the cars of the competition are already 30% more efficient in fuel consumption. But on the nearest horizon are new challenges. Increasingly tangible, yes, thanks to the alliance between Santander, Ferrari and Formula One Management (FOM), owner of F1. Not only are engineers conspiring so that their car arrives first, but also to do it with the lowest possible emissions and most importantly: so that all the advances reach the rest of society.

For example, a decade ago, in 2012, the big milestone was to reduce total carbon emissions by 12.4% compared to 2009. In 2014, they stepped up the throttle again: the fuel efficiency of F1 cars improved by a fifty%. And there is more. In 2025, F1 plans to introduce the competition's new engine (a second-generation hybrid power unit), which will be carbon neutral and run on advanced sustainable fuel.

This confirms that F1, traditionally associated with carbon emissions, is a key actor so that the energy transition that the mobility sector must embrace is a little closer. The return of Banco Santander to competition with Ferrari, signed just a year ago, is an example of his determination. And it is that as explained by George Bridges, principal adviser to Ana Botín, president of Banco Santander, "if we place sustainable business practices at the center of our business model we can make a real difference, not only in tomorrow but for future generations ”.

More than an actor, Formula 1 in general and Ferrari in particular function as a true proving ground in which to test the latest technological advances. Something that is not new. For 70 years, aspects related to aerodynamics or the design of the brakes have been released on the circuits for later -and with the pertinent adjustments-, to dress long on the street. Today emissions are in the crosshairs of scientists and engineers, willing to incorporate the most advanced solutions to reduce them.

To achieve this, beyond the engine, Ferrari is streamlining race logistics operations with less weight in transport and the elimination of single-use plastics, among other things. Regarding the return of Santander as a sponsor of Ferrari, which was part of F1 from 2007 to 2017 and had a successful alliance with Ferrari since 2010, its president, John Elkann, confirmed it: "The great innovations and technological advances of F1 they are transferred to the whole industry, which redounds to the benefit of society as a whole”.