Concentration of economic and political power for the great coming-out of the Teatro Real and the city of Madrid in New York. 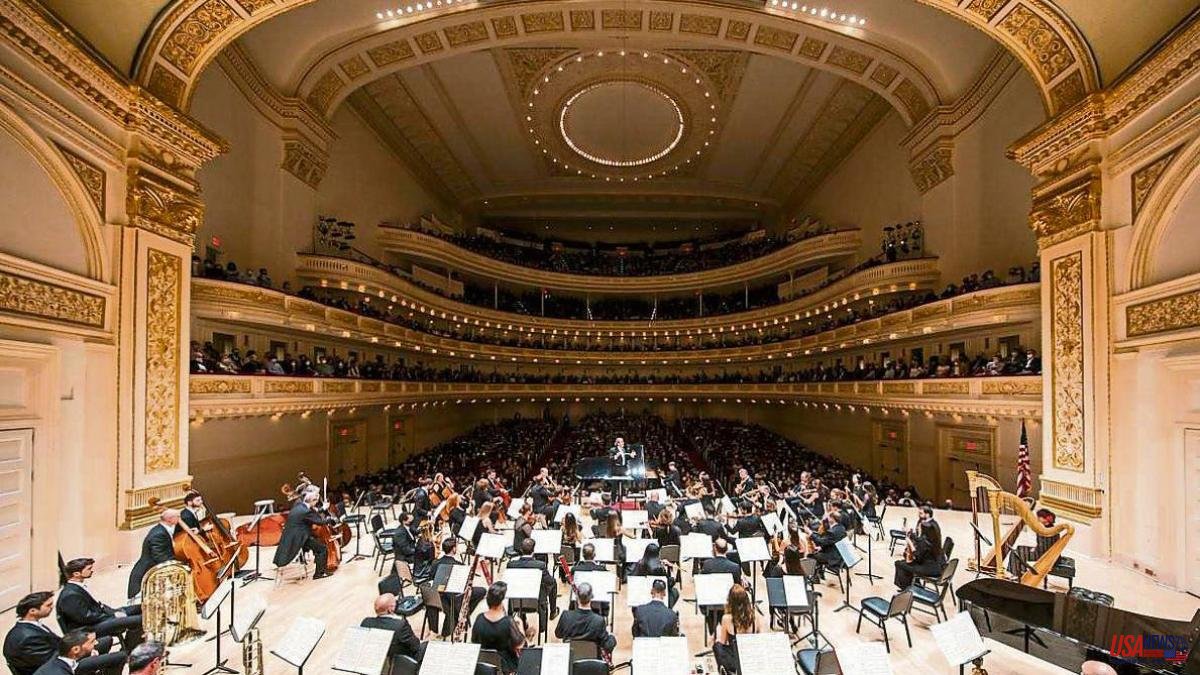 Concentration of economic and political power for the great coming-out of the Teatro Real and the city of Madrid in New York. The legendary Carnegie Hall concert hall not only hosted the gala presentation of the Madrid opera in the Big Apple on Thursday night, but also, previously, a cocktail party, a dinner, speeches and unusual scenes. Like Queen Sofía speaking at length with the mayors of New York, Eric Adams, and of Madrid, José Luis Martínez-Almeida, or with cardiologist Valentín Fuster on the spectacular terrace of the Carnegie, a ninth floor surrounded by skyscrapers of up to 56 floors . A terrace where the president of Iberia, Javier Sánchez-Prieto, that of El Corte Inglés, Marta Álvarez, the president of Abanca, Juan Carlos Escotet, the co-founder of Idealista, Fernando Encinar, David Rockefeller or the Hong Kong millionaire Charles Brown were also present.

The forty years of the twinning of Madrid and New York and the commitment to the internationalization of the Teatro Real after receiving the Opera Award for the best theater in the world last year attracted big names to the terrace of Manhattan but, in addition, they achieved a great entrance in Carnegie Hall – some 2,000 people – in a concert starring the Real's orchestra that managed to excite the public. Especially during the second part, when after playing The Brief Life of Manuel de Falla, the soprano Sabina Puértolas appeared on stage and swept it away with the self-confidence of her performances of zarzuela and with her voice singing the Song of the nightingale by Doña Francisquita or They call me the exquisite from The Barber of Seville.

In an evening in which the conductor of the orchestra was Juanjo Mena – who had shown the will to "offer the best of our repertoire in New York, the hit parades that everyone could value" – songs by Falla and Albéniz were played that they showed his idiosyncratic richness but also his ties with the avant-garde of his time. Especially impressive were the Nights in the gardens of Spain by Falla with Javier Perianes at the piano who seemed to perform magic rather than play it, his hands descending on the keys as if he had the force of gravity at his mercy. And in order not to spare prodigies in the lively final section of the concert, with the audience delivered after the appearance of Puértolas, the gala closed with an encore, the Interlude of The wedding of Luis Alonso in which Juanjo Mena started with a few steps of jack on the lectern while conducting baton in hand. The public stood up and a long ovation bid farewell to the landing of Real.