Pending the final decision of Junts, the scenarios that President Pere Aragonès will have to address in the event of a breakup confront him with a stage of instability with immediate and long-term resolution folders. 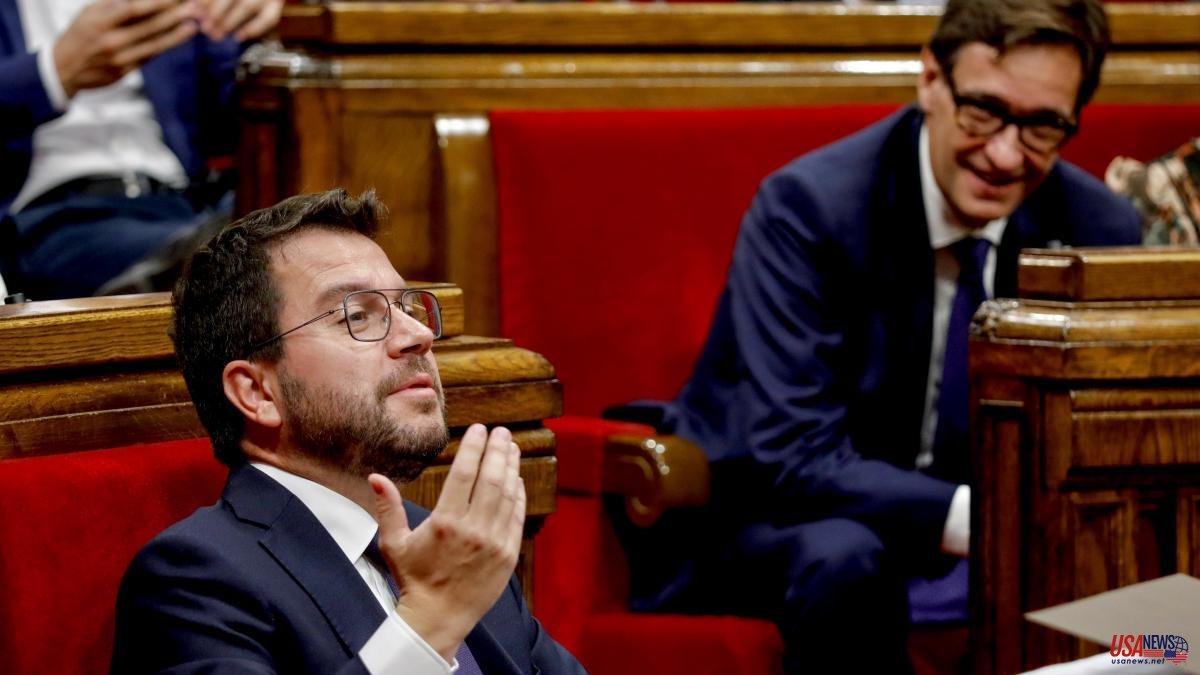 Pending the final decision of Junts, the scenarios that President Pere Aragonès will have to address in the event of a breakup confront him with a stage of instability with immediate and long-term resolution folders. The first steps that will define the tone and the possibilities of navigation will be the reconfiguration of the Executive and the budget negotiation. The remodeling of the Government would not only imply the eventual incorporation of new faces but, above all, a change in the structure of the Catalan government.

Aragonès has already indicated that he is not going to call elections if the rupture materializes and therefore the first litmus test will be the negotiation of the budgets. With 33 deputies, it is obvious that the only way forward for the Republicans is to open negotiations with the PSC (also with 33 seats) and with En Común Podem, with 8 deputies. But the main change in the political architecture of the legislature is the entry into play of the socialists in their dialectic with the Government. Salvador Illa's formation is willing to negotiate this first folder, but they would play it thoroughly. In the context of economic crisis, the PSC wants to mark its line.

In this negotiation scenario, a budget extension can always be considered theoretically, but if what the ERC wants is to get some air to navigate for a while, this first breath with socialists and common people is important. Aragonès had rejected until before the crisis with Junts the pact with the socialists.

The reading of the eventual scenarios also inescapably passes through Madrid and the Congress of Deputies. President Pedro Sánchez faces the final stretch of the legislature – understood as a long year – in which he needs stability to reach the electoral appointment with the possibility of winning the PP. A stability in which the support of the Republicans is important, which makes it easier for the PSC to have an interest in also giving air to the Catalan Executive. A support until one or both are interested in distancing themselves.

But this is a double-edged framework. ERC has avoided approaching the Catalan socialists to have a free hand in Madrid. Especially at the dialogue table between the Executive and the Government. In these scenarios that communicate, it is also evident that each formation is interested in marking a distance, with models at the antipodes in the national axis. Illa has already pointed out that in the event of Aragonès breaking up, his roadmap must be explained and defined, and the objective of the socialist leader is to build his alternative. What would be configured is a drawing of Catalan politics where the thick dividing line of the national axis is broken. At the moment, socialists and republicans say that there have been no contacts.

The municipal elections of May 2023 are looming and in this eventual puzzle the budgets of the Barcelona City Council also come into play, where the coalition between the commons and the socialists would like the support of the ERC. But apart from the support for the accounts, these elections will serve above all to measure the forces on the pro-independence flank.

Junts, obviously, is going to make things difficult for the Republicans if they leave the Government in the fight for independence space. The socialists and common people ask that a dialogue table be opened in Catalonia. Aragonès has proposed this week to approach the elaboration of a clarity agreement similar to the one agreed between Canada and Quebec for the celebration of a referendum. But this is a debate that will have other times.

Another of the unknowns is to evaluate when Aragonès could endure without calling elections. Junts has argued in the weeks prior to the general policy debate that in the event of a break, future elections would make it easier for Illa to win the presidency, since it would not be possible to reissue the pro-independence alliance. It will be a question of calculations and from a distance one could speculate with a victory for the PP in the general elections, which would change all the scenarios.