Spain continues to lick the wounds of the defeat against Japan, although it is beginning to leave it behind and focus all its senses on the round of 16 match against Morocco on Tuesday. 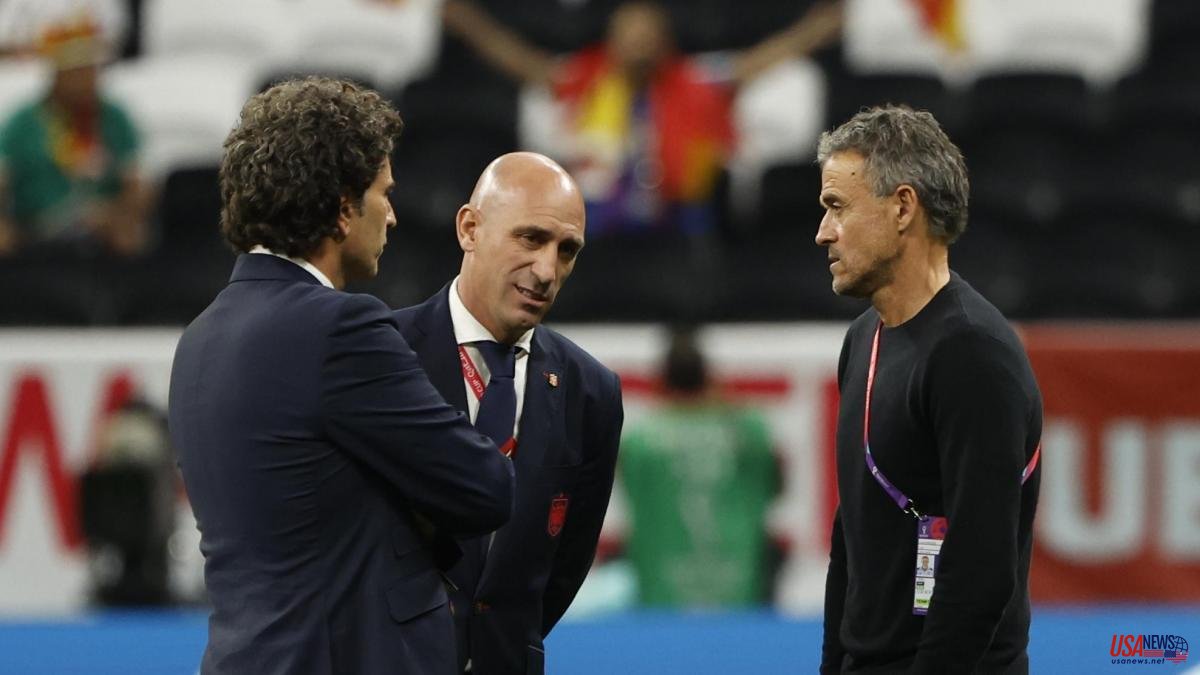 Spain continues to lick the wounds of the defeat against Japan, although it is beginning to leave it behind and focus all its senses on the round of 16 match against Morocco on Tuesday. "It was a very hard setback not being able to win that game, the locker room was sunk and surely it has generated disappointment among the people, but I am sure that we will all recover," Luis Rubiales, president of the Royal Spanish Football Federation (RFEF), predicted yesterday. ).

Contrary to what Luis Enrique assured, the leader did admit to having experienced moments of anxiety with Costa Rica's goals against Germany, which for three minutes left Spain eliminated from the World Cup. “I always have faith and I didn't see myself out, but I admit that there was nervousness because you wonder what it could mean for millions of people. We were worried but we ended up winning and we have to take advantage of it”, emphasized Rubiales, who held a meeting with the media who had traveled to Doha at the luxurious St. Regis hotel, taking advantage of the team's rest day.

There was a play that marked the game and that, surely, is one of the most controversial of the entire World Cup. It came before the second Japanese goal, when many appreciated that the ball had gone out of bounds. Rubiales does not think so. “The goal is legal for me, I have nothing to object to. The ball does not come out, it is seen from above although it is difficult to appreciate, ”he confessed, fleeing from problems.

Finally, the figure of the coach, whose contract ends after the World Cup, was also commented on by the president of the RFEF. "We'll talk to him when the tournament is over, as we had agreed," he limited himself to responding, before praising him: "The coach channels pressure and responsibility with a smile and that's very good for the group."