Rosalía spent the whole weekend sharing photos of her concert in San Diego, United States, one of the star shows on her Motomami tour. 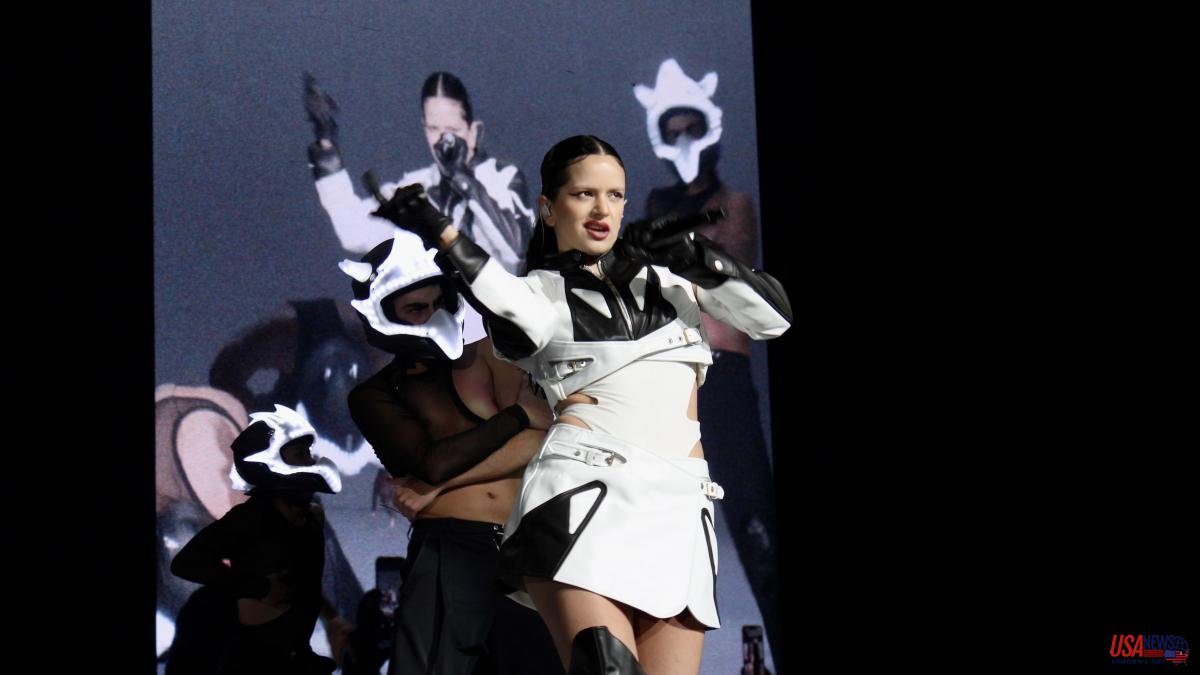 Rosalía spent the whole weekend sharing photos of her concert in San Diego, United States, one of the star shows on her Motomami tour. The performance was as expected. Even better. The fans were more than satisfied, to the point of throwing a bouquet of flowers at the singer. A fact that, although she appreciates the gesture, the Catalan remembers that it can be dangerous.

“Please, don't throw things on stage and, if you are such a Motomami that you throw them anyway, then throw them on the opposite side from where I am. Thank you ”, the interpreter has written about it on her Twitter account. And it is that, depending on the speed at which that or any other object is thrown, both she and any dancer can be harmed.

The images went viral two days ago. In social networks, you could see a video of the singer thanking the public for attending when, suddenly, someone throws a bouquet of flowers at her face, it is understood that not intentionally.

His face showed that he was not too amused by the situation and answered by making the gesture of a bow, shooting towards the place where the bouquet arrived.

Luckily, everything was left in an anecdote, because the bouquet of flowers did not hurt him and he was able to continue with the performance without problems. However, she warned ahead.