The third vice president and minister for the Ecological Transition, Teresa Ribera, announced yesterday in the halls of the Congress of Deputies that the Government is going to investigate whether the electricity companies are making it difficult "in a particular way" for consumers to contract the Regulated Rate of Last Resort , known as TUR. 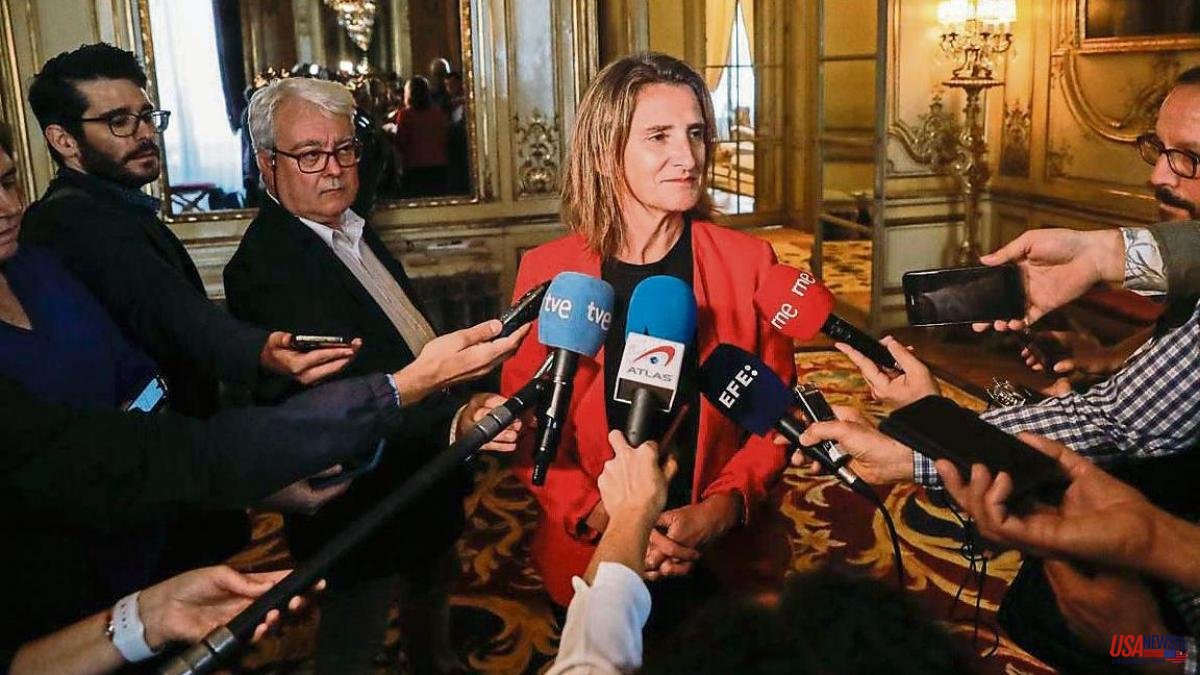 The third vice president and minister for the Ecological Transition, Teresa Ribera, announced yesterday in the halls of the Congress of Deputies that the Government is going to investigate whether the electricity companies are making it difficult "in a particular way" for consumers to contract the Regulated Rate of Last Resort , known as TUR.

With the aid approved by the Executive, the TUR has become the cheapest rate on the market for natural gas customers. For this reason, since the marketer Holaluz transferred all its clients to this rate a month ago and the Government actively recommended it, the four companies that can offer it have been overwhelmed by demand. It's all about Gas

The National Commission of Markets and Competition already announced on October 25 that it was opening an informative file to the four companies to investigate the matter. But as the days go by and the cold weather arrives, the situation becomes more complicated.

Official complaints from consumer associations have focused on the delays in accessing these rates caused by the avalanche of calls that saturate the services of the companies. In addition, complaints have been added on social networks of difficulties in accessing information on the regulated rate through the companies' websites or of difficulties in establishing a correct comparison.

In this area, Minister Ribera said yesterday that "information has arrived that we must investigate whether access to information is also being particularly difficult, so we have to be vigilant." She also added that “it is not reasonable that there are difficulties on the part of the companies to make this access viable”, after the effort made by the Government to facilitate a reduction in the gas bill.

As he did last week, Ribera has once again asked energy companies to make an effort to expand their customer service at this juncture. “I understand that they must be overwhelmed at this time. I dare not say if they are being responsible or not. I do believe that they have to make an effort to live up to what their clients ask of them”, she claimed.

For its part, from Iberdrola, owner of Cunenergía, it is pointed out that “we believe that communication between the company, citizens, in general, and customers in particular is measured by results. In one month, the number of customers who came to Curenergía's Last Resort Tariff (TUR) has almost doubled. Specifically, in four weeks it has gone from 110,000 to 187,000 customers with this type of gas contract”. They also report that on some days this week almost 5,000 new contracts have changed rates.

One point that Iberdrola wanted to highlight is that “we are the marketer that receives the most clients week after week from the TUR, and the only one that, precisely, is not owned by a gas production company. As is known, our main interest and specialization is electricity, not gas”.

In another order of things, the Minister for the Ecological Transition, also took advantage of her appearance yesterday before the Ecological Transition and Demographic Challenge Commission to announce the Government's decision to rectify the coverage radius of shared self-consumption facilities up to 2 kilometers. In this way, in the face of general criticism from the sector, the Contingency Plan for More Energy Security modifies its first decision. If in the first instance the self-consumption had gone from 500 meters to one kilometer, now it has doubled it, up to two kilometers. At the time, the Executive justified a reduced expansion to avoid a high demand for self-consumption projects, which has multiplied by 10 since 2018, and which has problems of lack of personnel to meet the growing demand.