The mayor of Valencia, Joan Ribó, has proposed this Friday to carry out a pilot project on the 32-hour weekly working day for the entire city of Valencia. 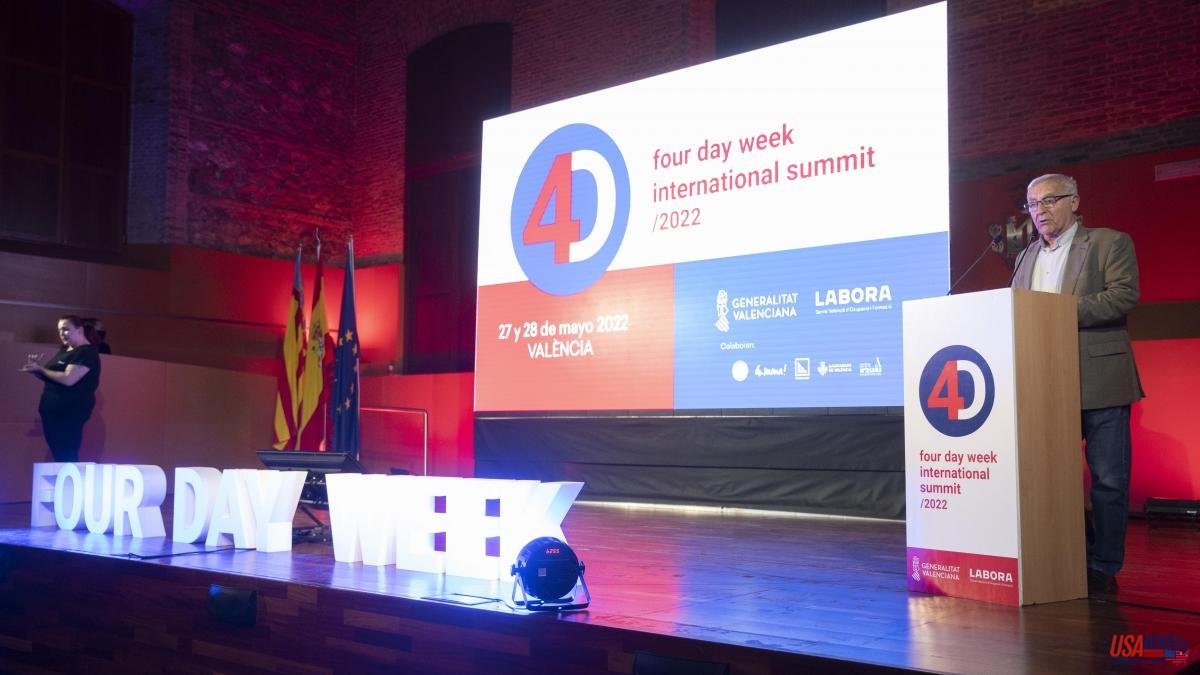 The mayor of Valencia, Joan Ribó, has proposed this Friday to carry out a pilot project on the 32-hour weekly working day for the entire city of Valencia. "We want to join with a one-month project in which all Valencian men and women work for 32 hours a week," explained Ribó. This pilot project is already being tested at the Las Naves innovation center, run by the municipality.

The essay would lead to a subsequent report in which the consequences would be collected, in many areas such as the economy, productivity, but also leisure and well-being. Without established deadlines, the mayor has explained that it is necessary to dialogue with unions, companies, etc. to activate it. "It cannot be done by royal decree, if not by consensus with unions and companies. Right now we are listening," he declared.

In this sense, Ribó has also explained that his proposal would go hand in hand with the Generalitat Valenciana with whom it would be necessary to collaborate. "It is an experience that would mark a roadmap to work on", added the mayor. The Valencia exercise could be the first to carry out an experience "as broad as possible", he added.

Between this Friday and Saturday, international speakers will discuss a proposal that is already being implemented in the Valencian Community through a dynamic plan promoted by the Department of Sustainable Economy.

After the pandemic, the Generalitat Valenciana activated a similar program to encourage the implementation of the 32-hour day, with a pilot program led by Labora. 4/2025 proposes direct aid to companies through the so-called "Supplement for reduced working hours", a public economic incentive that could remunerate 100% of the difference in salary cost per hour worked during the first year; 50% during the second and up to 25% during the third year.

In exchange, the company should commit to maintaining the total number of employees and the pre-existing salary levels. In addition, the program also includes aid for new hires and an evaluation and monitoring of the application.

Mayor Ribó has given as an example the proposal that Lithuania has activated, where a week of four working days has been established for families with children under three years of age from 2023. In this sense, Ribó believes that following that example, there is to review the use of time and apply the principles of the economy for the common good to "be able to advance as a society in a sustainable way", he defended.

On sustainability, well-being and growth, there was also an opening conference for this meeting. They have been key elements of the speech by former minister Joan Majó, who has valued his position as president of the Fundació Ernest Lluch.

Majó has explained how the future of work will be conditioned by demography, migration and also by technology and has defended that “it is a mistake to measure ourselves by GDP, but the objective is well-being. The unequal growth of GDP can even endanger the effective well-being of many people.

The discussion about the working day goes hand in hand with that of the uses of time and is not a debate that is limited to a single area: inequality, social justice and wealth are elements that also revolve around the discourse. For this reason, this will also be discussed on Wednesday in an online debate organized by the Barcelona City Council and in which the Castellón municipality of Vila-real will also intervene, which will explain the study on the current situation of conciliation in the municipality.