The TecnoCampus Mataró Maresme auditorium was the setting yesterday for the Entrepreneurship Night during which the prestigious Creàtic awards were presented, with an added novelty, the first edition of the Antena TrenLab Awards on sustainable mobility provided by the Renfe company to promote development of future challenges in the railway sector. 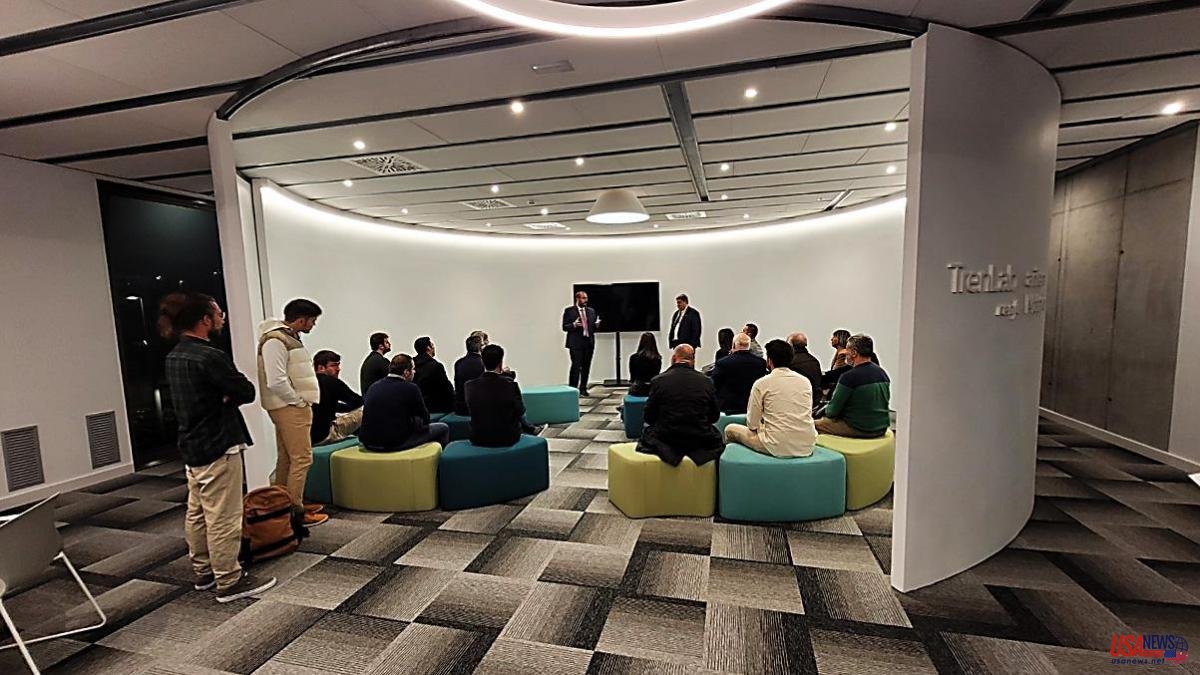 The TecnoCampus Mataró Maresme auditorium was the setting yesterday for the Entrepreneurship Night during which the prestigious Creàtic awards were presented, with an added novelty, the first edition of the Antena TrenLab Awards on sustainable mobility provided by the Renfe company to promote development of future challenges in the railway sector.

The first headquarters of AntenaTrenLab, the Living-Lab, Renfe's start-up laboratory created to favor and generate mobility and innovation projects in the railway field, which was inaugurated last April by the Minister of Transport, Raquel Sánchez and the president of the Isaías Táboas company, will from now on be the space for experimentation and acceleration of the four projects, of the 33 presented, which yesterday were chosen to be established in the university and technological district of the capital of Maresme.

The AntenaTrenLab space, as stated yesterday by Valentín Alegría, Renfe's Director of Innovation and Network Development, and Pilar Górriz, the railway company's Innovation Manager, goes beyond an experimentation laboratory. "We want to promote citizen access to this space and generate synergies with other technology companies" from the technology department. The area will also be a good platform to start promoting the events for the 175th anniversary of the first Spanish railway that left Mataró on October 28, 1848.

In the AntenaTrenLab space of the TecnoCampus, not only the winners of the first prizes will be housed, but also the finalist start-ups, since, as confirmed yesterday by the Renfe executives, it is considered as a point of connection between the companies and the railway company . Thus, Manel Villalante, Renfe's General Director of Development and Strategy added that "the common objective is the promotion of open innovation, the creation of new technological solutions and the involvement of citizens in the creation of new mobility models".

'Smart Rodalies' from the Cactus company, based in Barcelona, ​​was the winner of the 'Smart Railway Station' Operational Challenge to promote technological solutions to stations to offer Renfe Rodalies customers more information about the environment. The project proposes a network of IoT devices and a technological platform that provides information of interest to the traveler in real time, such as the environmental conditions of their destination, the occupation of the trains and their location in real time.

Drukat, winner of the '3D Rail' Operational Challenge award. Rubí's company presented an innovative project in the manufacture of industrial spare parts through design and additive manufacturing in the shortest possible time, as well as generating a learning process in relation to 3D printing.

The winning companies of the Operational Challenges will receive 40,000 euros, while the one of the Disruptive Challenge will receive 30,000 euros, which will allow them to develop the project throughout the acceleration program for a maximum of six months. All of them will have access to the TecnoCampus technology park and a position at the Antena TrenLab headquarters. The projects will be advised by a network of mobility experts and mentors during the acceleration program. They will also be advised in the search for investment and promotion of the project.