Reasons to smile at Barcelona

The panorama has changed at Barça in just two weeks. 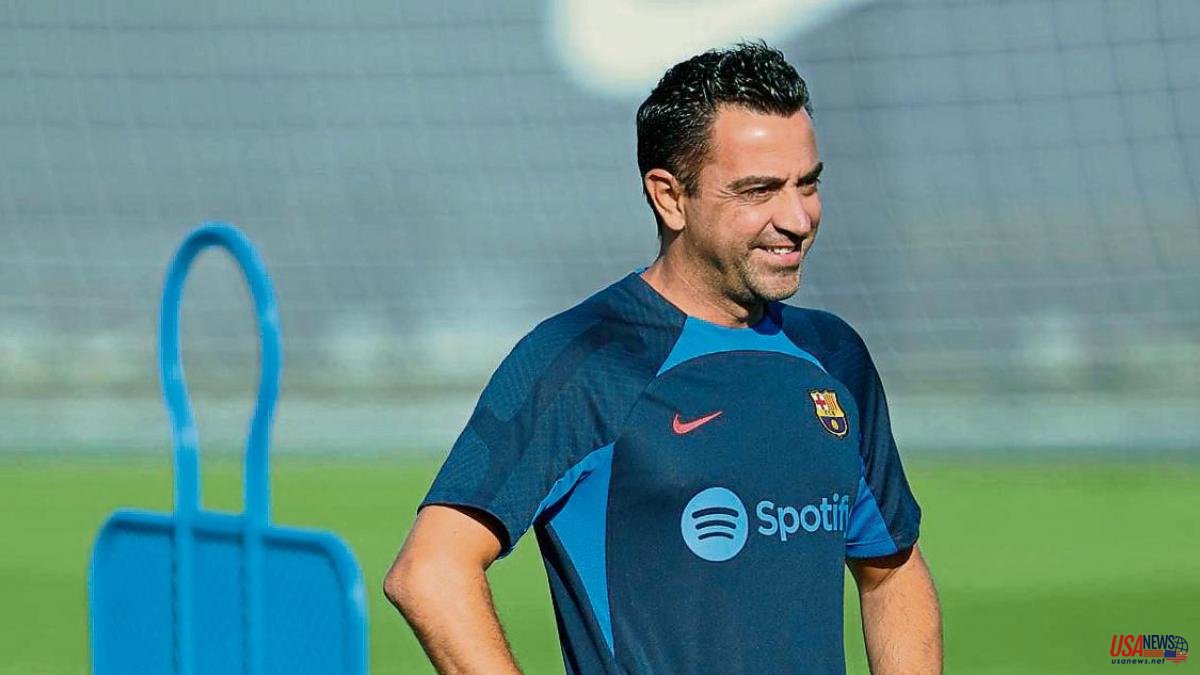 The panorama has changed at Barça in just two weeks. Xavi Hernández has gone from the uneasiness with which he left the meeting with Mateu Alemany before starting the preseason to feeling that his requests to form a more competitive squad will be, at the very least, tested. Granting all the wishes of the Catalan coach this summer will be difficult, but the club is working to satisfy him as much as possible after the current economic situation allows him to take a break.

If after the first lever the first signings were announced (Kessie and Christensen, who arrived free), with the second it is expected that Barça will begin to shake the market with the aim of becoming recognizable and respected again. Sources close to the entity confirmed last week to this newspaper that the intention is to have 200 million euros available for reinforcements. He has never stopped being an optimist Xavi, not even when he took charge of an unbalanced team in the middle of last season, but it is now that he begins to have reasons to smile.

Several situations have begun to unravel. In the absence of the last fringes and after a long period of negotiations, the renewal of Gavi will cease to be a concern in the coming days. It also seems that Ousmane Dembélé will continue after not finding shelter – nor the money he asked for – far from the Camp Nou. French has always been to Xavi's liking. He was the only one who defended him tooth and nail even when the footballer was more out than in for declining the club's downward proposal (a 40% salary reduction) that he will finally accept. The continuity of Dembélé does not mean ruling out the possibility of bringing Raphinha, from Leeds, despite his high price, a minimum of 50 million. Xavi wants to double the positions on the wings in order to raise the level and competence of the squad.

The extremes are not the only demarcations that are lame. For a long time it has been urgent to find someone who can dispute Jordi Alba's ownership on the left side. On the right there is a vacancy with the goodbye of Dani Alves, and Dest and Sergi Roberto are not convincing. That is why Barça wants to get their hands on Chelsea and take Marcos Alonso and Azpilicueta in one fell swoop. Last week there was a meeting in the Catalan capital with the new owners of the London club. On the table was also the name of Frenkie de Jong, although the player's priority is to continue wearing the Blaugrana. Xavi wants it.

Precisely the Dutch midfielder, like the rest of the internationals who had one more week off, join today along with the rest of the group. So will the discards to whom Xavi gave a few more days of vacation to find a new destination and who did not return early, such as Riqui Puig and Neto. The exit operation is another of the hot topics, although at the end of the week Lenglet (on loan to Tottenham) began to parade and the next to pack will be Trincão, heading to Sporting de Portugal. There are still many open folders (Umtiti, Braithwaite, Mingueza...) that Barça would like to close, the more the better, before leaving for the United States on Saturday to start the summer tour.

The will of the club is that next weekend the second economic lever corresponding to the sale of 15% of television rights will be activated (10% have already been sold), which would allow positions to be brought closer to Raphinha and also to Robert Lewandowski and even Koundé. There will be no act of rebellion on the part of the desired Polish striker. This week he will start the preseason with Bayern without tightening the rope despite having publicly expressed that his wish is to leave Munich. The German club does not want to release his star, who will turn 34 this August, for less than 50 million.