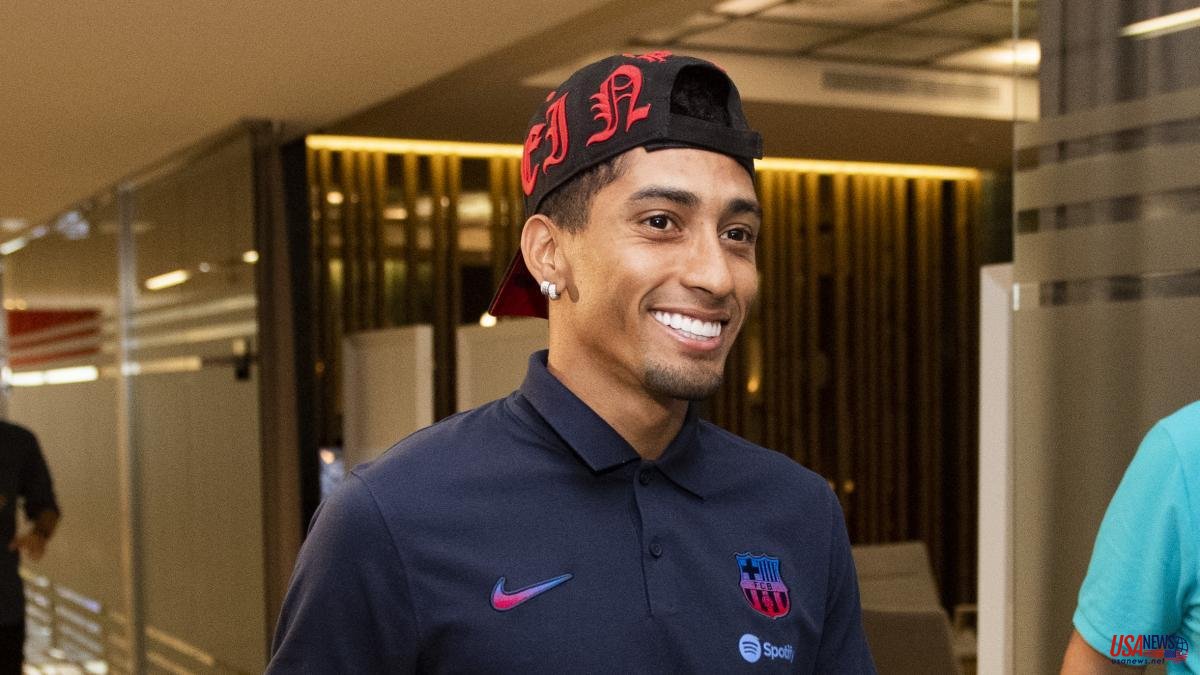 Raphael Dias Belloli, better known as Raphinha (Porto Alegre, 1996), is now officially a new FC Barcelona player, as the Barça club itself has just announced. The 25-year-old winger arrives from Leeds United, where he played for the last two years, being a key part of the good performance in the team's return to the Premier League under the orders of Marcelo Bielsa and the agonizing salvation last season. In the absence of knowing the details of the operation, which will be made public on Friday during the official presentation, the English will receive between 55 and 58 million euros plus the possibility of an additional seven for variables. He signs for five years, until 2027.

The Brazilian footballer was convinced, almost obsessed with the idea of ​​wearing the FC Barcelona shirt. In fact, although Leeds also had an agreement with Chelsea, the player did not want to listen to any offer that was not from the Blaugrana club. The verbal agreement between the extreme and the Barça existed from February. Since then, the two entities had to negotiate the conditions of the transfer and the Catalan team was forced to make certain economic adjustments in order to complete the operation. Raphinha will land shortly and will be presented on Friday, after passing the relevant medical tests.

Represented by D20 Sports, Deco's agency, the Brazil international was trained in the lower categories of Avaí, from where he made the leap to Europe before reaching the first team. His first destination on the continent was Vitória Guimaraes in the Portuguese League. There he played between 2016 and 2018, in which he played a total of 84 games, scoring 22 goals and dishing out 13 assists. He then signed for Sporting de Portugal, in which he only stayed one season, completing, in 41 games, nine goals and five assists. In 2019 he was transferred to Rennes for 21 million. In his only year in France he scored eight goals and provided seven assists.

It was in the year of the pandemic that Raphinha made a name for himself at the highest level in the best possible showcase: the Premier League. Leeds United returned to the elite of English football at the hands of Marcelo Bielsa and completed a very powerful transfer window, being the third team that spent the most money on contracts. The Brazilian arrived at the club for just over 18 million and became indisputable in Bielsa's scheme, a disciple, like Xavi Hernández, of position football. In two seasons he scored 17 goals, 11 of them last season, and distributed 12 assists. He became one of the main reasons for the permanence of Leeds in the Premier after the departure of the Argentine coach.

Precisely, his coincidence with Bielsa and his good performance under his tutelage is a very positive sign regarding his adaptability to Xavi's scheme at Barça. The style is the same: Raphinha will have to wait openly to receive the ball ahead and create chances from there. This is precisely where the nine-time international with Brazil stands out the most. Left-footed, but normally starting from the right, the winger is a specialist in overrunning his rival, both from the feint and the short dribbling as well as from speed. In addition, he is one of the band footballers who generates the most dangerous occasions.