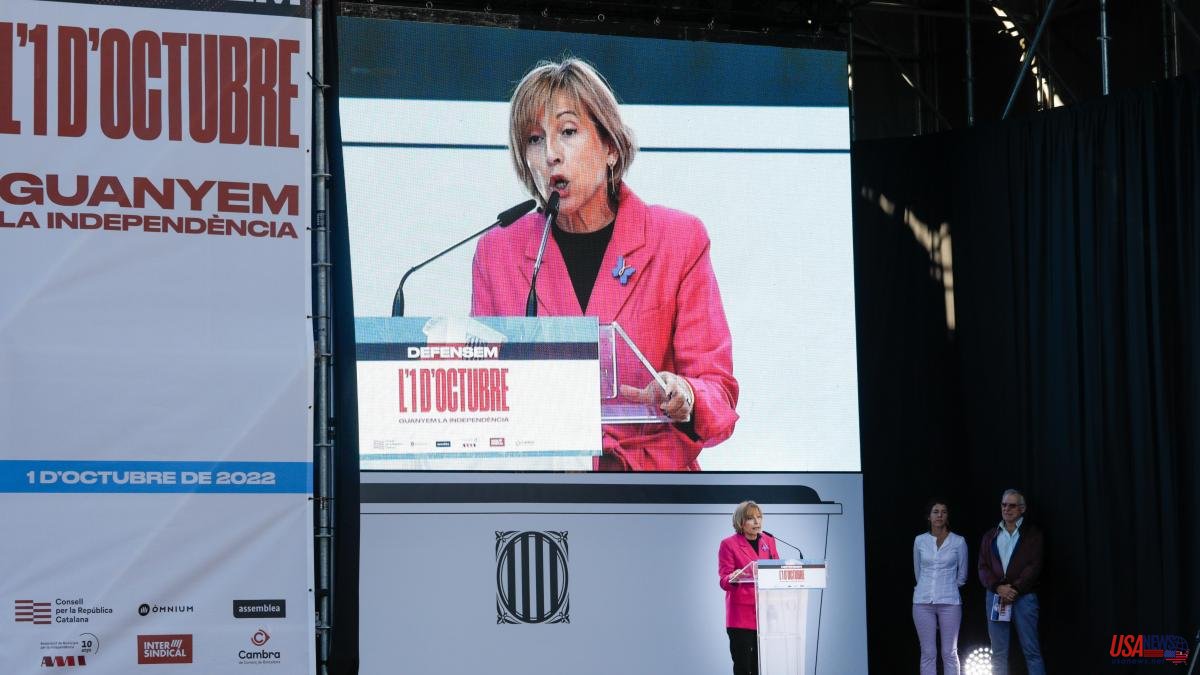 “I didn't like the whistles against Carme Forcadell. Not because the fact of having been in prison (like us in exile) has to spare us criticism, but because she had the courage to go to an uncomfortable act for her space and show her face”. With those words, Carles Puigdemont has distanced himself this Sunday from the boos and whistles at the former president of the Parlament, from ERC, during his speech at the commemorative act of the fifth anniversary of 1-O on Saturday, in the unitary act of Arc de Triomf.

"When someone has the generosity to attend an event where they know there will be dissatisfied people, I respect and applaud them," added the former president of the Generalitat, who asks that what happened not be taken advantage of to discredit the Council of the Republic that he heads.

Forcadell, during her speech on stage, was constantly whistled and booed, especially when she asked that the fights between independentistas and a common strategy be put aside. The boos were repeated recurrently when those who intervened advocated resolving the differences between the partners of the Government and redirecting the crises, or when room for dissent was requested within the independence movement.

Such was the case of Xavier Antich, president of Òmnium Cultural, of Jordi Gaseni (ERC), president of the Association of Municipalities for Independence (AMI), or of Maties Serracant (CUP), mayor of Sabadell in 2017.

This Saturday night, the president of Junts, Laura Borràs, justified what happened. "They have not whistled at us [...]. People have the right to express their rejection," she said during an interview on 8TV. On the other hand, the general secretary of the formation, Jordi Turull, assured on TV3 that Forcadell had not liked the boos, who, like him, spent more than three years in prison for the procés. The leader also revealed that he had written him a message that same day.