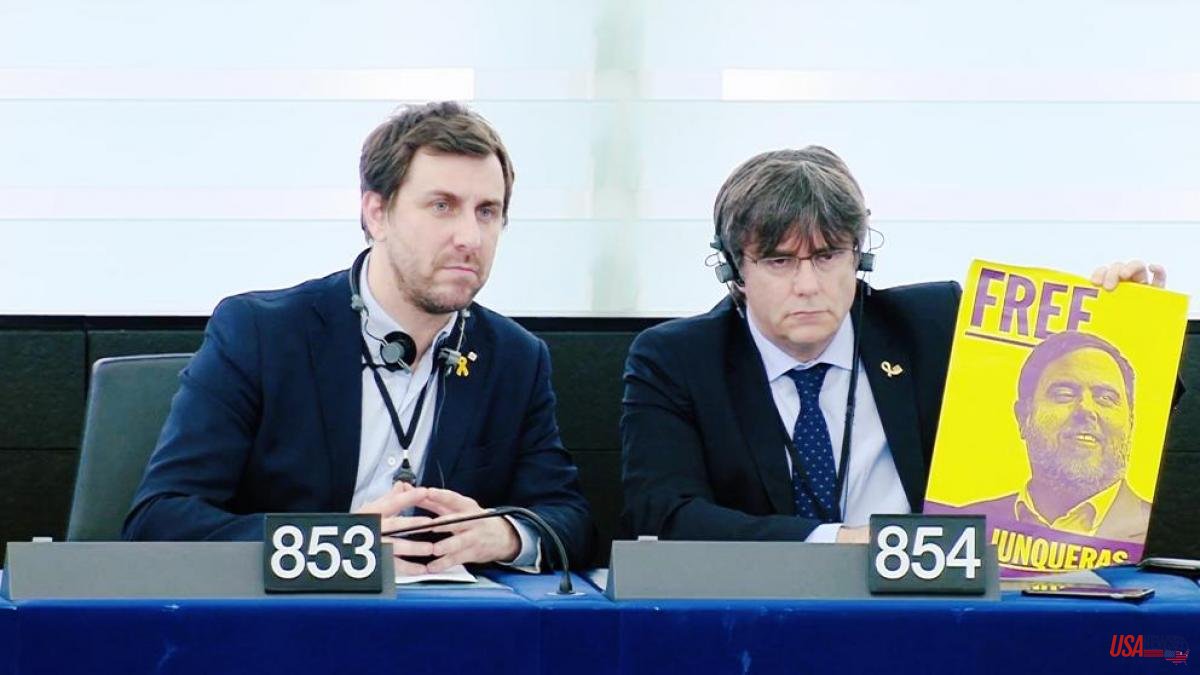 The European court concludes that the impossibility of the plaintiffs to assume their functions, to exercise their mandates and to occupy their seats did not derive from the refusal of the then President of the Parliament, Antonio Tajani, to recognize them as European deputies, but from the application of the law Spanish and, specifically, of the notifications of the Central Electoral Board (JEC).

This electoral body, after proclaiming the plaintiffs as elected deputies on June 13, excluded them from the list that it sent to the Chamber on June 20 on the grounds that they had not sworn or promised the Constitution. It should be remembered that neither Puigdemont nor Comín, who have resided in Belgium since 2017, could not go to Madrid to comply with this act, mandatory in Spanish electoral legislation, without being arrested by the order against them of the investigating judge of the cause of the procés Paul Larena. As his name did not appear on the list notified by the JEC, on June 27, Tajani informed the plaintiffs that he could not treat them as future members of Parliament, which motivated the appeal rejected today.

The TGUE points out that neither Tajani nor the Chamber "did not have any margin of appreciation" in relation to the list sent to them by the JEC. For this reason, the court considers that the refusal of the former President of Parliament to recognize Puigdemont and Comín as deputy does not constitute "an act that produces binding legal effects that may affect the interests of the plaintiffs", so that -the court- "the appeal for annulment against said refusal is inadmissible".

On the other hand, on May 29, 2019, shortly after the elections, Tajani gave the institution's secretary general the instruction to deny all elected candidates in Spain access to the welcome village and the assistance provided by the institution to elected candidates, as well as to suspend their accreditation until the Parliament had received official confirmation of their election. This instruction was also appealed by the plaintiffs to the TGUE.

However, the court understands that this did not have legal effects on the plaintiffs either, so it is not an actionable act and therefore also sees the appeal as "inadmissible" on this point.

According to the General Court, this instruction did not have the effect of preventing Puigdemont and Comín from carrying out the administrative procedures to take office and exercise their mandates, so that their inability to exercise the rights associated with their status as European deputy does not derive from said instruction.

In any case, Puigdemont and Comín agreed to the status of deputies at the end of that year and were released as such in January 2020 by virtue of a decision by the recently deceased David Sassoli, who replaced Tajani as president of the institution, who admitted their status as deputies. Sassoli's decision was based on the ruling of the Court of Justice of the European Union (CJEU) that recognized the immunity of the president of ERC, Oriol Junqueras, -he had also been elected- since it ruled that the rights associated with a member of the Chamber derived from the electoral results and not from subsequent procedures.

All in all, the sentence issued today is appealable before the higher court, the CJEU, which also has other more substantive issues pending for the political and personal future of Puigdemont, Comín, such as the preliminary rulings that Judge Pablo Llarena asked him about the scope of its European orders after the rejection by the Belgian authorities of the one referring to former Minister Lluís Puig. The same court must also rule on the merits of the appeal filed by the two MEPs together with the former minister and also MEP Clara Ponsatí against the European Parliament's decision to remove their immunity, a decision that, after being endorsed by the TGUE, was precautionary overturned. by the CJEU.