Puig and the chicken game

On paper there was unity. 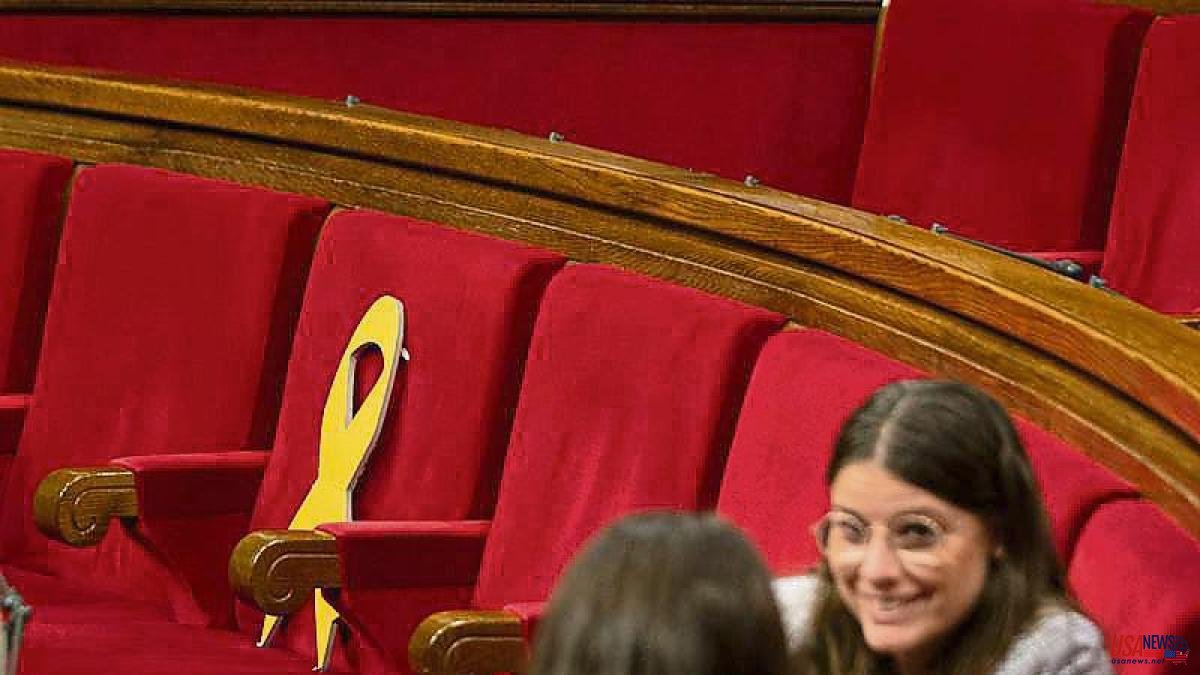 On paper there was unity. The five pro-independence members of the Parliamentary Bureau signed an agreement on Thursday night so that the delegated vote of former Minister Lluís Puig can be counted despite the fact that the Constitutional Court (TC) annulled the delegation of the same a few weeks ago.

This fact meant going beyond what has gone in recent years in the institution, the High Court was ignored and at the same time the repeated warnings by the legal services of the Chamber, which warned that there could be criminal consequences for politicians.

That exhibited unit, however, does not correspond to the tug-of-war and the game of chicken – two participants drive a vehicle in the opposite direction to that of the opponent and the first one to deviate loses – that ERC and Junts have maintained these days . Not even with the heated discussion that was heard at the end of Thursday's meeting inside the room where the two partners were, who had exchanged accusations of not wanting to go to the end.

On Tuesday morning, the members of the governing body of the Chamber received notification of the ruling on the vote of the former Minister of Culture, which responded to an appeal from the PSC.

That folder caused the meeting to last until the afternoon, when it was decided that Puig's vote – a deputy from Junts – would be counted orally in plenary, but that it would not appear in the electronic systems. Nor was it guaranteed that it would later appear in official records and publications. Without this, the fact that the president of the Parliament, Laura Borràs, verbalized in each vote that the delegation of the former minister in the JxCat spokesperson, Mònica Sales, was taken into account, would not have legal validity. A plan had been drawn up so that the vote would be effective for “all legal and political purposes” and that the workers would be protected. But the commitment was only half made.

With the memory of the Pau Juvillà case still present, the CUP and ERC denounced then that they were in an analogous situation, in which one thing was said and in reality another would happen, and that the ruling of the TC would be followed despite the symbolism.

With this scenario, the plenary session began on Wednesday morning and before noon there was a substantial change. It was agreed that the end would be reached for Puig's vote to be counted. But it was necessary to wait until Thursday night, for a meeting of the Table at the end of the plenary session, in which every time Borràs voted, he remembered that the former minister was taken into account, although he did not appear in the images broadcast by the institution , nor on the electronic panel.

Sufficient time for doubts to assail the parliamentarians, who were warned at all times that although their intention was to protect officials, they incurred the possibility of committing a crime, usurpation of functions, which is punishable by between one and three jail years. An element that adds to the possible disobedience.

The doubts were motivated by a fact that everyone admits, that Puig's vote beyond a few days or a few sessions cannot be guaranteed, and that it will be contested. In addition, there may be requirements for officials and politicians to block it later, something similar to what happened in the last legislature with the debate on resolutions that contravened the Constitution.

On Thursday in the surroundings of Borràs they began to underline that they would go to the end and that it would not happen as in the case of Juvillà, and in ERC there was a feeling that signing the agreement and the possibility of committing crimes was a sterile act. "There was a reversal of roles," say sources consulted. “At first Borràs didn't want to and they pushed her to do it and pushed her to the limit. Then ERC, after the warnings, began to express its doubts”, summarize these sources. But they all signed.

Faced with the possibility that someone might falter, the CUP increased the pressure on JxCat and Esquerra at noon on Thursday with a letter to their militancy in which they revealed that Junts' initial proposal was symbolic and that it meant complying, as in the case of Juvillà . And they warned that they would not accept that scenario, that others defend that it could be useful to make a political complaint without legal consequences.

In the end, the pact was signed, but the doubts expressed by the Republicans during the meeting turned into a crossfire and a shower of reproaches, with shouts included as a climax. The CUP and Junts claimed responsibility for the action; ERC was silent.

"This situation is due to the fact that there is no joint strategy of the independence movement or an intention behind what is being done," Junts sources point out. In ERC, on the other hand, they believe that it is due to the "desire of the president to show that she goes further than her predecessor." "It reminds of a 2017 remake, but in this case it looks like a B-series movie," summed up a senior government official.

"But it is something much more irrelevant", add parliamentary sources, who believe that "it is difficult to manage what comes after", with judicial resources and what is derived from them.

The Table of the Parliament is once again in the eye of the hurricane for the third consecutive term.