Pedro Sánchez: "I would like to see Junts at the dialogue table with Catalonia"

The President of the Government, Pedro Sánchez, has granted a long interview to La Vanguardia in which, among other questions, he reviews the state of the matter of the Catalan folder. 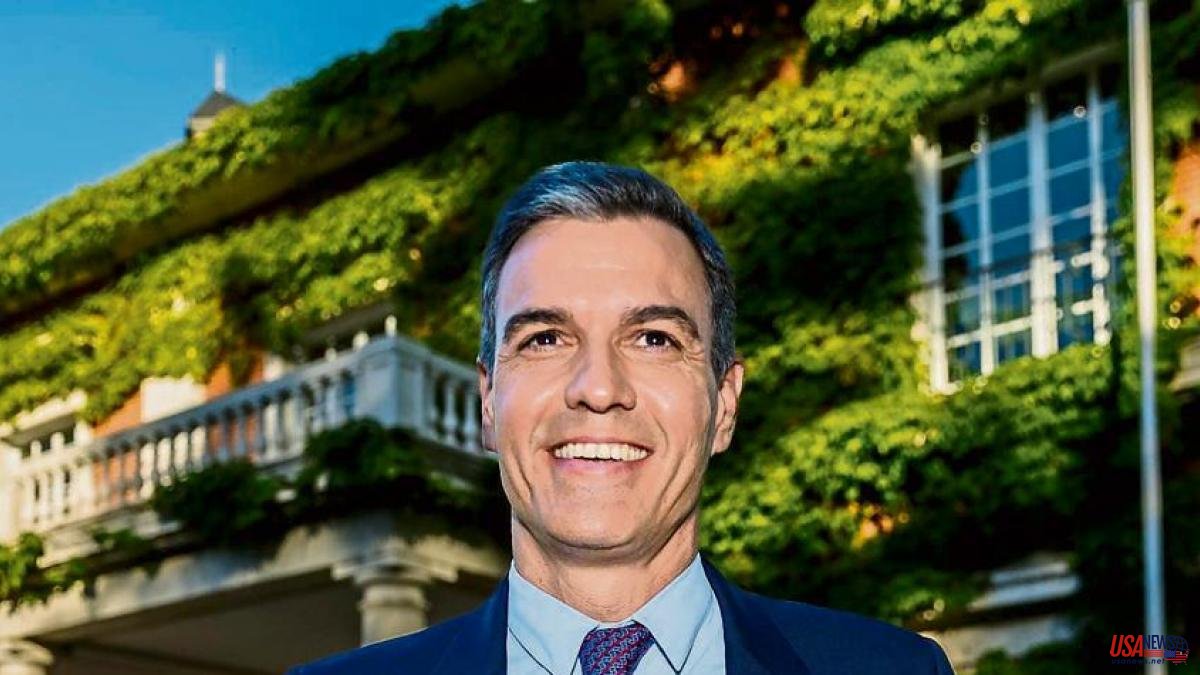 The President of the Government, Pedro Sánchez, has granted a long interview to La Vanguardia in which, among other questions, he reviews the state of the matter of the Catalan folder. Sánchez has a pending meeting with the president of the Generalitat, Pere Aragonès, to try to redirect the institutional relationship after the Pegasus case and the controversy over the low execution of infrastructure investments.

It is now one year since the pardon was granted to Catalan pro-independence politicians who were in prison. A year later, the impression is spreading that the dialogue between the Government and the Generalitat de Catalunya is interrupted. The dialogue table does not meet and reproaches abound. There is a feeling of paralysis.

We want to meet the dialogue table as soon as possible. No matter how many difficulties there are, dialogue is the only solution. I have always told the Catalan separatists and Spanish society as a whole that this is going to be a long dialogue, which is going to require determination and patience. The agenda of the reunion is still valid by the Government of Spain. The clemency measures were widely criticized by the economic, political and media right-wing to which I have referred before, but a large majority of Spanish society and a very large majority of Catalan society see the virtues of that courageous decision that he took the progressive government. Our determination is intact. We would like that not only Esquerra Republicana be at that dialogue table; Junts per Catalunya should also be there.

Would you be willing to reform the Penal Code to review the crime of sedition? That reform was raised a while ago and never materialized.

We have always defended updating the Penal Code. We have to modernize it and adapt some precepts to the democracies around us. It is an organic law that requires an absolute majority in Congress: 176 seats. It seems to me that today we do not have the majority to address this change.

The data on budget execution, referring to the 2021 financial year, have caused a scandal in Catalonia. Also in the Valencian Community. Very low. The lowest in all of Spain. Is there any mechanism in the State apparatus that stops investments in the Mediterranean axis?

I share the meaning of your reflection. We have a level of improvable budget execution. But the whole truth must be told to avoid feelings of grievance, both in Catalonia and in the Valencian Community. We had the lockdown, we had the supply bottlenecks after the height of the pandemic, and now we have the war in Ukraine. Our level of budget execution has been improvable, as has also been that of the autonomous communities themselves, for example in Catalonia, in terms of infrastructure and territorial investments. I can say that in this first quarter of 2022 we have increased budget execution by more than 60%.

In Madrid it seems that there are no bottlenecks. A budget execution of more than 100% in the 2021 financial year.

They are right but that data has nothing to do with territorial investments. This data is due to the rescue of the radial highways of Madrid, one of the poisoned legacies left to us by the right. In the same way, I must add that there are measures for the benefit of the citizens of Catalonia that do not count as territorial investments, I am referring, for example, to the extinction of the AP-7 and AP-2 motorway tolls. The important thing is not the justification that I can now offer you. The important thing is that we are improving the level of budget execution this year.

Some recently published audios reveal the origin of the so-called Catalunya operation. An illicit machination from the state apparatus to deal with a political problem. A former Minister of the Interior conspiring with a former Police Commissioner who acted outside the law and who ended up in prison for it. Has the Government considered going to the Prosecutor's Office?

There was a parliamentary investigation commission on the so-called Catalunya operation that drew its conclusions. The current Government has offered the National High Court all the information that has been required about these events, which occurred under another Executive. In addition to asking me, the questions should be addressed to the Popular Party. I have not heard the Popular Party sing a mea culpa. I have not seen him assuming political responsibilities for the instrumentalization of public institutions and state apparatuses in favor of his interests. Instrumentalization that serves as gasoline for those who want to break with everything and ends up questioning the functioning of democracy. It is not this Government that must respond, it is the previous one.

Can it happen again?

That should be asked to the Popular Party

Finally, is the Midcat gas pipeline going to be restarted, interrupted three years ago, to reinforce the gas interconnection with France and the rest of the European Union?

Yes. The Midcat is going to be resumed within the framework of the European energy strategy. We want the Midcat to be compatible in the future with the transport of green hydrogen. And a potential gas pipeline between the port of Barcelona and Italy is also contemplated. We are also advancing in the electrical interconnections with France. I have to admit that the Macron Administration has unblocked some electrical interconnections that are very important. In the field of energy independence, the entire Iberian Peninsula is facing a great opportunity. It should be kept in mind.