Paula Bonet: diaries of a fugitive

There is an episode in the autobiographical book Los diaries de la eel (Anagrama), which has just been published by Paula Bonet (Vila-real, 1980), which portrays her personality: after following her for a while through the streets of Santiago de Chile, a The man threatens her with a knife that he approaches a few centimeters from her belly. 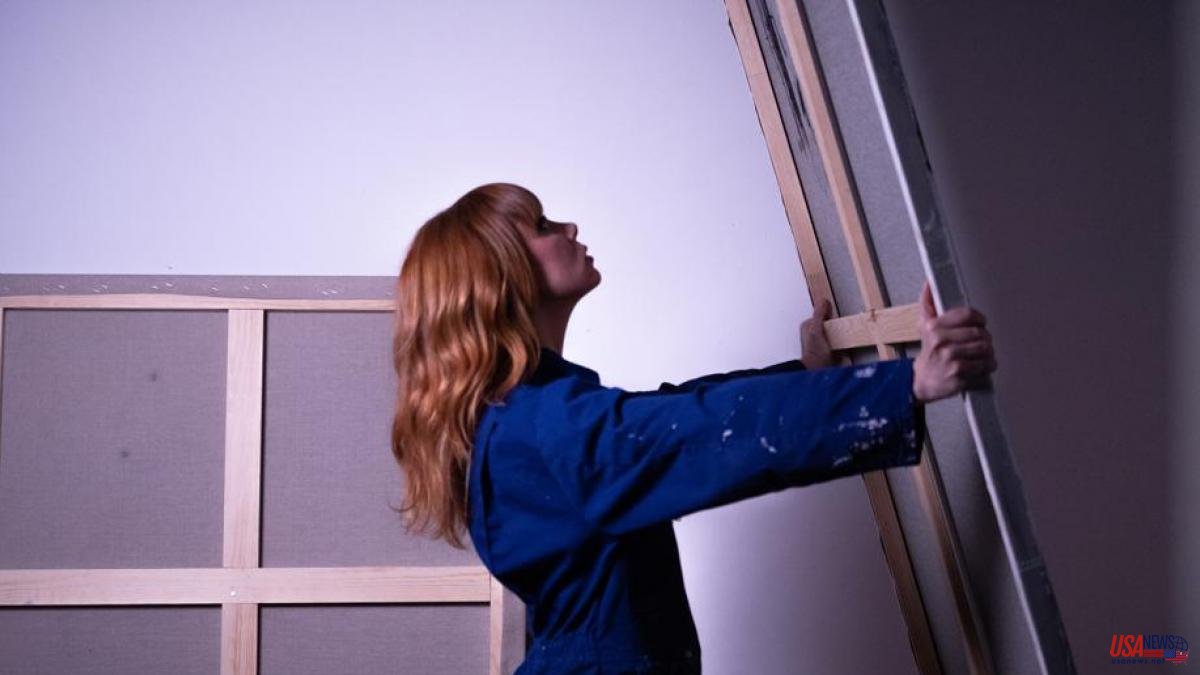 There is an episode in the autobiographical book Los diaries de la eel (Anagrama), which has just been published by Paula Bonet (Vila-real, 1980), which portrays her personality: after following her for a while through the streets of Santiago de Chile, a The man threatens her with a knife that he approaches a few centimeters from her belly. An impasse ensues and she exclaims: “Either you nail it to me or you don't nail it to me, but do something, dammit!”. (In the end, the man ran away – it was daytime and there were people – and she decided, from then on, to always go to college with an empty bottle of Coca-Cola to smash it in the face of the next guy).

But The Eel Diaries are not ordinary memoirs. To begin with, it is an eminently plastic book, which reproduces drawings, paintings, collages and photographs. That occupies most of the pages. “I wanted a work where the plastic was imposed”. But there is also a literary part, both the handwritten notes in her notebooks (don't worry: she has good handwriting) and, on the other hand, an autobiographical essay – also in diaristic form – about artistic creation and the harassment suffered by women. Those who have read his novel La Anguila (2021) will recognize several common elements, for example characters, here with their real names and faces. “This eel with so many legs: word, plastic and graphic”, Bonet tells this newspaper, alluding to the novel, to the painting exhibition that was seen in La Nau de Valencia (a small sample of which can be seen until July in the CreatiBEty room in Barcelona, ​​where he welcomes us) and the recently published book, which gives the reader “the opportunity to enter my workshop, to see the material, completely unpublished, raw. The novel began to take shape while I was working on these notebooks, although they are published later”.

The book narrates the escape of its protagonist (the same as that of the novel La Anguila), since the summer of 2018 (Marrakech, Jerusalem, Chile, Egypt...) and shows those trips through the pages of his notebooks, where she draws with pencil, paints (portraying, for example, the man who asks her in marriage in Morocco) and hooks all kinds of memories. “I travel alone, I want to be the only one who looks. And the rule is that what is fixed in the notebook happens while I travel, there is nothing imposed or elaborated later”.

Bonet reveals, among other things, the horrible harassment she suffered in Barcelona by a disturbed person who even sent her a plastic eel cut into pieces and who, among other things, woke her up insulting her by looking out the window of her workshop. And other cases, in different gradations. "Rebecca Solnit has observed that if you inhabit a woman's body, the mere act of walking is considered a display." In the final part, she merges creativity and harassment in the specific cases of characters like Leonora Carrington, Djuna Barnes, Emily Dickinson, Camille Claudel or Annie Ernaux.

The artist dialogues with the work of others, such as the Romanian André Racz (1916-1994), whom she honors with a series of dead birds while he is living in his daughter's apartment in Chile. Or to her admired Roser Bru (1923-2021), who arrived in that country in Neruda's Winnipeg and tells her, for example, that she "made fried eggs for Nicanor Parra."

The diaries... link up with other books by Bonet, such as Roedores (2018), made, as part of it, “from the epicenter of the pain of gestational losses, of wanting to go to Chile to take refuge from I didn't know what. My intention was, with that book, to normalize spontaneous abortions, to talk about it, but very serious stories came to me, of women whose child dies at nine months and they have to give birth. Or another pregnant with triplets in which one dies, and she doesn't know which ones will be able to be saved... and finally all three die. He then takes that photo that I reproduce, very impressive, and spends twenty minutes with them, they are the three musketeers”.

They are also diaries of his readings, and we even see the phrases and fragments he annotates or underlines, from authors such as Gabriela Mistral, John Berger, Maggie O'Farrell, Flaubert, Lina Meruane...

Paula Bonet will open to readers, next Saturday 28 (from 11 a.m. to 1 p.m.), her workshop La Madriguera (Pasaje Valeri Serra, 23), where she will sign books and print serigraphs with phrases from newspapers on T-shirts, bags or other materials bring people who have bought a book.