Pau Navarro, to the desert with the L

He could spend Christmas leveraged in front of the TV, or playing on the play, or in the park with friends. 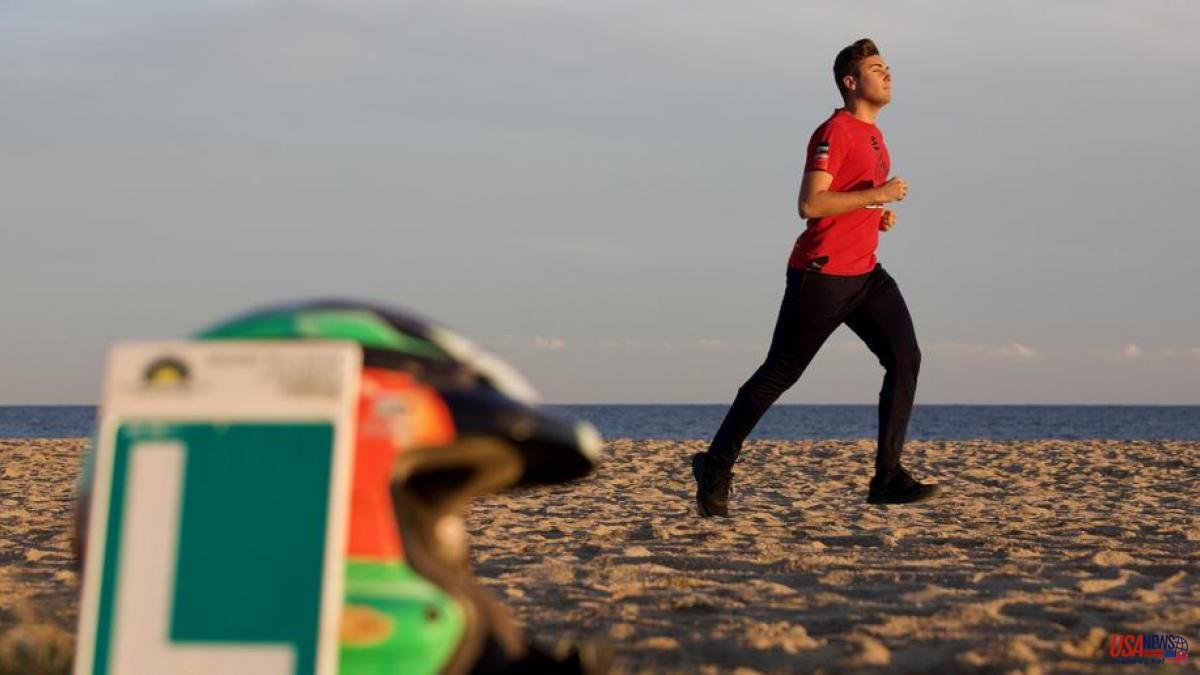 He could spend Christmas leveraged in front of the TV, or playing on the play, or in the park with friends... but Pau Navarro has chosen to change the year in Saudi Arabia by running the Dakar. Like nothing. Not being upset. With calm and all the pachorra in the world...

And it is that Pau Navarro, who in 2021 already made history by being the earliest participant in the history of the rally as a truck co-driver at only 16 years and 7 months, now at 18 will be the youngest competitor behind the wheel of a Can -Am Maverick X3 of the FN Speed ​​Team, a light car of series or side by side (SSV) of 200 CV of power. The boy from Llagostera will make his debut as a pilot having done only 3,000 km of filming in his life. It's only been five months since he got his card. He goes to the desert with the L for rookie.

I have tried to learn as quickly as possible. Before I got my licence, I did a lap or two in my father's car, and now I've done seven days of testing at the Nasser circuit. Not much. My father got in with me one day and explained to me how to drive, when to put on the gas and when not to in the curves… Not many things –admits the boy calmly and without any concern for having to face more than 8,000 km in the toughest rally.

It's what you've always dreamed of. He has the privilege of undertaking his baptism behind the wheel just released his majority. Few can say it.

–I followed the Dakar since I was little, every year I saw it on TV. Above all, the cars, since Nani Roma switched to four wheels (2005). I remember how my father, in bed, told me stories about Nani from when they rode enduro together. The referents were already Nani and Peterhansel… the same as now!

His father is Santi Navarro, an SSV driver and owner of the FN Speed ​​structure, which gave him access to his first rally, as co-driver in the assistance truck driven by Àlex Aguirregaviria. They had to retire in the 11th stage. In 2022 he repeated as a truck co-driver with Pato Silva. And he didn't make it past the 11th day either.

–That experience helped me a lot because Àlex had 11 editions, we always arrived at dawn, it was a hard Dakar because I decided to do it in a tent, I was excited –explains the young man, who at only 16 years old had to wake up on his own to have a minimal notions of navigator.

–I learned with the games. The Playstation Dakar18 appeared and I practiced everything because with the covid we couldn't do races. If you want to learn as a co-pilot with this game you can do it. I was playing against my father, who was explaining things to me. I learned from scratch. As a co-pilot, I had only heard the battles at Dakarian dinners, in which he was very attentive and I remembered many details.

Despite his ability to absorb knowledge and adapt, the young man had to get his act together with the piloting to make the great leap into the void and without a net. In the last five months it has competed in seven races: the Italian rally-raid (it was 3rd), the Baja Spain, Poland, the Baja de Zuera, the Morocco rally (2nd in the category), the Rally de Andalucía (he won it in T4) and Baja Portalegre.

He was not bad at all: the young Navarro was 4th in his first FIA World Championship of rally-raids in T4.

So, with these results, do you see yourself ready for the toughest rally in the world?

–Looking at the results... At first I was going to be my father's backpacker, following him with my own car. But since the races went well for me, we are already trying to improve. We are simple: we are going to try to win in our category (T4). We are competitive. I am calm because in Morocco, the first time I was driving in the desert, we were second. It was a good move. I pay attention to the fact that they were in the first four of the Dakar,” says Navarro with that air of ingenuity that comes from age, but loaded with confidence and motivation.

And that before those races I had done almost nothing.

–I started playing soccer in Llagostera and did a karting season at the age of 5, but I didn't like the atmosphere; there was much pampered. One day a rival jumped on me and I said enough. I left it. I didn't drive again until I was 16 years old. But I kept watching the Dakar on TV and I liked driving.

And now he will prove it among the greatest.

–I can't compete with them, we won't meet in the race. Although I see everyone the same, I don't care what name they have. If you give them more gas, you go faster.