There has been very good cinema. 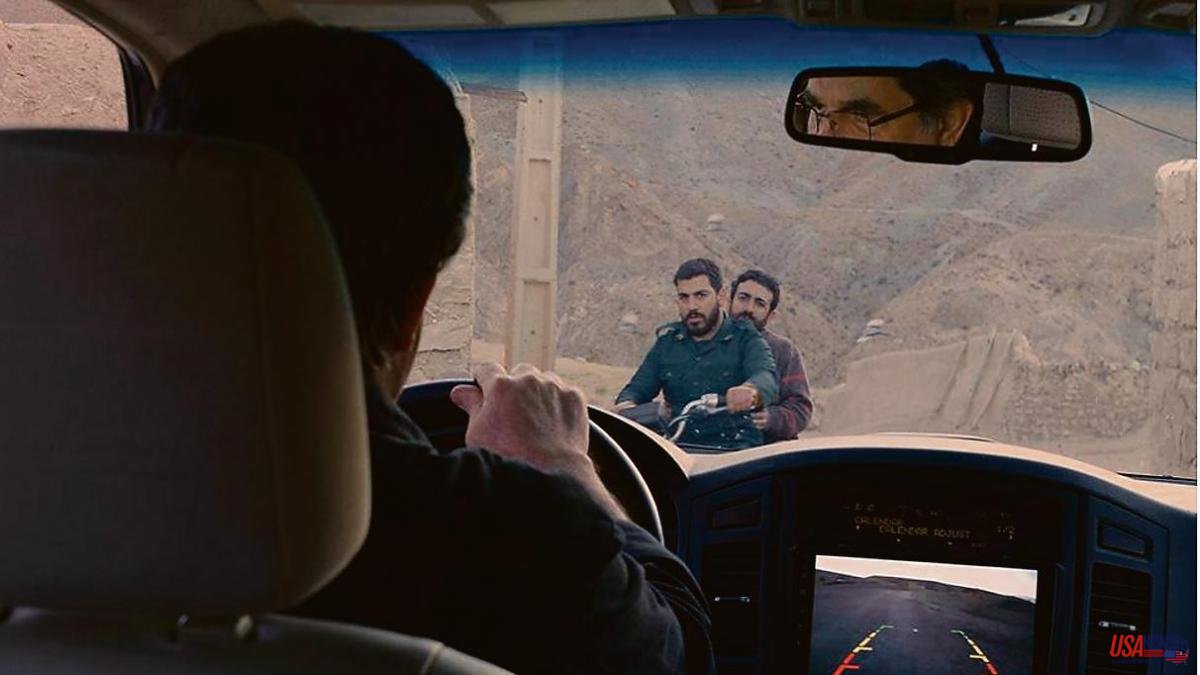 There has been very good cinema. So much so, that almost every day it seemed that the last film submitted to the competition could be the winner of the Golden Lion. And so on until the last moment. The Venice Film Festival closed yesterday with No Bears, by the Iranian director Jafar Panahi, who is already emerging as the winner of the contest.

Panahi had many points in her favor even before the screening of the film. The Iranian regime put him in prison last July to serve a six-year sentence. The Venice Festival with its director, Alberto Barberá, at the head has turned to request the release of Panahi.

But it is that, in addition, his film has been liked and a lot. Some critics have already described this double love story as a masterpiece. No Bears recounts how a film director who is prohibited from leaving his country, played by Panahi himself, remote-directs a film that is being shot on the border with Turkey while a couple lives their own drama in their place of residence.

Despite the good reception of No Bears, nothing can be taken for granted, because with juries you never know. The one in the official section of this Mostra, made up of Julianne Moore, Leonardo Di Costanzo, Audrey Diwan, Lila Hatami, Kazuo Ishiguro and Rodrigo Sorogoyen, could lean towards another of the good films that have participated in the contest.

Bardo, a false chronicle of a few truths by Alejandro González Iñárritu, a three-hour film shot for Netflix that breaks down the situation in Mexico through the eyes of a Mexican journalist who returns to his country after living abroad for two decades, is in almost all pools.

The same as Tár, by Todd Field, where Cate Blanchett becomes a famous conductor who sees her success deflate after being accused of harassment. Also noteworthy is Argentina, 1985, by Santiago Miter, which recounts the trial of the bosses of the military dictatorship in this country.

Blonde , the long-awaited biopic of Marilyn Monroe directed by Andrew Dominik also for Netflix, drew a few applause. And nothing went unnoticed in the story of Charlie, a morbidly obese English literature professor in The Whale, Darren Aronosfsky's latest work. Given so many remarkable titles, it is difficult for the jury to lean towards The Banshess of Inisherin, but this fantastic film by Martin McDonagh brims with originality and black humor.

And if the cinema that has been exhibited at the Mostra is of high quality, so are many of the performances that have been enjoyed in this 79th edition of the Mostra. Ana de Armas has fallen in love with her with her Marilyn with her and could snatch the Coppa Volpi for the best female performance from Blanchett, who started from her as her favorite for that composition by the orchestra director who harasses the students her.

Brendan Fraser had disappeared from the Hollywood star system. After becoming an idol for his participation in the series of The mummy, the actor suffered from depression. He has now returned from the hand of Aronofsky as that Charlie from The Whale, an immense character as immense and incontestable is Fraser's interpretation. Everything indicates that he will win the Coppa Volpi, yes, with the permission of Ricardo Darín, who embroiders it in his role as a prosecutor in Argentina, 1985.