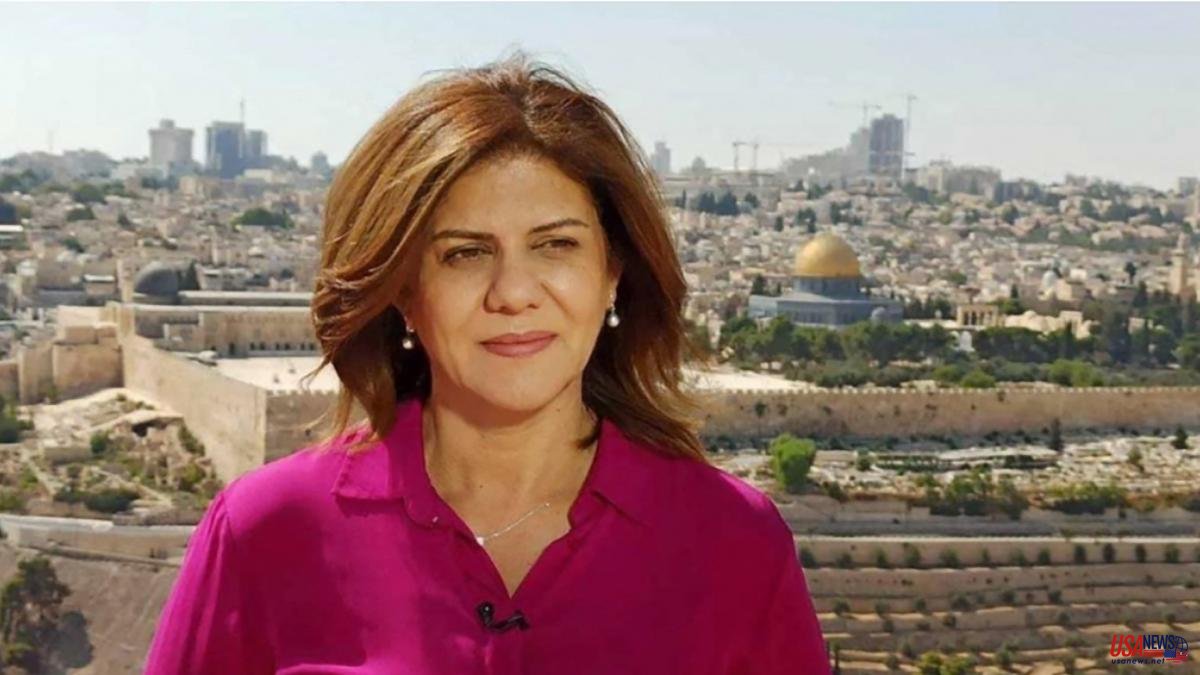 "The investigation showed that the attacks on Shireen Abu Akleh and journalists close to her were deliberate," Al Khateeb said Thursday.

"The only shots were fired by the occupation forces with the aim of killing," said the attorney general, referring to the responsibility of the Israeli troops, during a press conference in the West Bank city of Ramallah.

The prosecution indicated that the bullet that killed Abu Akleh on May 11 in Jenin "had the ability to penetrate armor and the characteristics of a bullet used by a sniper," according to the official Palestinian news agency Wafa.

The prosecutor's report establishes that the journalist was hit by a shot to the head while trying to take cover and that the continuation of the shots after the first impact, preventing other colleagues from helping her or approaching her, reveals the intent to kill on the part of the journalist. of Israeli soldiers.

The prosecution emphasized that there were no armed clashes between Israeli forces and Palestinian militants at the time of Abu Akleh's death, making the incident a war crime, they argued.

The new secretary general of the Palestine Liberation Organization (PLO), Hussein al-Sheikh, said today through his Twitter account that the attorney general's report has already been delivered to the US government and a copy will also be delivered to the Al channel. Yazira for whom Akleh worked.

Today's announcement also comes days after the PNA transferred the information on the death of Abu Akleh to the International Criminal Court to be added to the current investigation file for alleged war crimes by Israel and Palestinian armed groups since 2014.

The results of the investigation revealed today by the prosecution coincide with the initial accusation of both Palestinian leaders and eyewitnesses, a version also supported by independent analysts.

Israel, for its part, initially accused Palestinian militiamen of having shot at the veteran Al Jazeera reporter, although later a spokesman for the Army and members of the Government indicated that they did not have conclusive information to establish who killed her without having the bullet.

Israeli authorities requested a joint investigation with the PNA, which always refused and took care of performing the autopsy on his own in Nablus the same day of his death and the subsequent investigation.