No news of Mireia Belmonte, no finals in Rome

Mireia Belmonte (31), the best Spanish swimmer of all time, is passing through the European Championships in Rome on tiptoe and in silence. 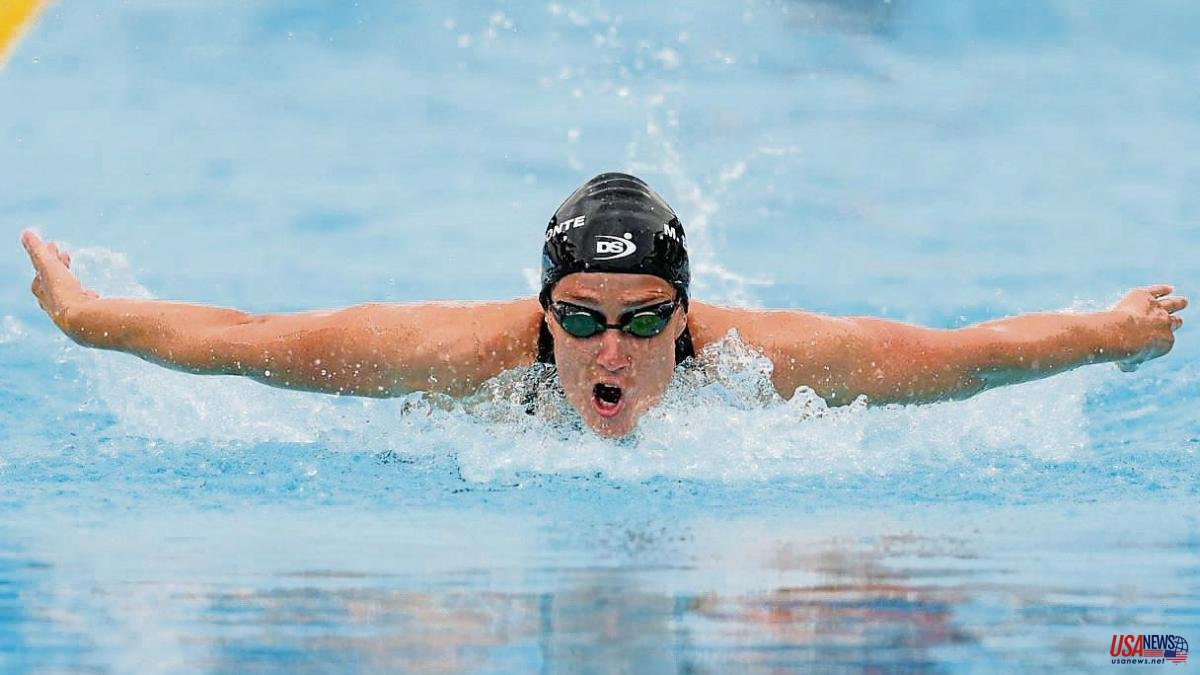 Mireia Belmonte (31), the best Spanish swimmer of all time, is passing through the European Championships in Rome on tiptoe and in silence.

After a year of absence from the international scene–since the Tokyo Games–, the swimmer from Badalona reappeared in the continental championships, without a minimum, filtered by the technical direction of the Spanish Federation with the idea of ​​“helping her progress in competitions and goals that will take him to Paris 2024”, which should be his fifth Games. Without pretensions, neither medals nor brands. She only began to recover feelings of competition, take the tone to get in shape for the next Olympic event, and, above all, lower the high expectations that surround her.

I wanted to go unnoticed, escape from pressure (also the media). And she is succeeding.

He signed up for five events, skipping the 800 and 1,500 distances to preserve his battered shoulders and focus on more prone distances. Yesterday, the penultimate day of competition, she swam the fourth, the 200 butterfly, her star event, in which she became one of the queens of the pool with the Triple Crown (2016 Olympic gold, 2017 world gold and 2014 European gold). The modality in which she achieved her last golds... already five years ago.

The result: as disappointing as in the previous three tests. She was also left out of the final, 11th among the 16 semifinalists (and 15th out of 19 in the preliminary), separated by young girls 10 years younger such as the Danish Helena Rosendahl Bach (22), the British Keanna Macinnes (21 ) or the promising Júlia Pujadas (20), from CN Sant Andreu, 10th, one and a half seconds faster.

At least, Belmonte surpassed her contemporary and great historical rival Katinka Hosszú (33), the iron lady, who refuses to leave the elite, despite finishing 13th in the 200 butterfly and 8th in the final of 200 styles.

Zero end of four. Today she will have the last option in the 400 free, a test in which she was a triple European medalist (silver in 2012 and bronze in 2014 and 2016). They were different times.

Rome's Mireia Belmonte is a shadow of the dominating swimmer she was for nearly a decade, between 2008, when she broke out with gold at the Eindhoven European Championships in the 200m, and 2017, when she picked up her latest World Cup successes. from Budapest. The injuries, the physical wear and tear of so many years and her age are taking their toll. The woman from Badalona is reluctant to drop out of the elite, but five years without results (her 4th in the 400 styles in Tokyo, 23 hundredths of the bronze, was her best achievement) point more to the path of decline than to the comeback.

His road book involves not putting pressure on himself, for gradually growing with the working group that Ben Titley and Olaf Wildeboer –his new coach– have created in the Sant Cugat CAR, to end up getting the minimum for Paris, his probable end of the journey . She will then be 33 years old (those Hosszú is now).

In Rome, the initial stage of the return journey, he had to rediscover the taste of competition. No final and very discreet marks, far removed from those he achieved not so long ago. The 200 butterfly swam yesterday in 9 seconds more than the gold of the 2017 World Cup, his last great success...

And, in this transition, Belmonte takes refuge in silence. He has not stopped even once in the mixed zone of the Foro Italico, as all his colleagues have done. “Mireia doesn't want to talk”, is the response to the request from the media –among them, this newspaper– to know his state of form, his mood, his plans, his feelings. He has to wait.