NATO is preparing for a historic enlargement. 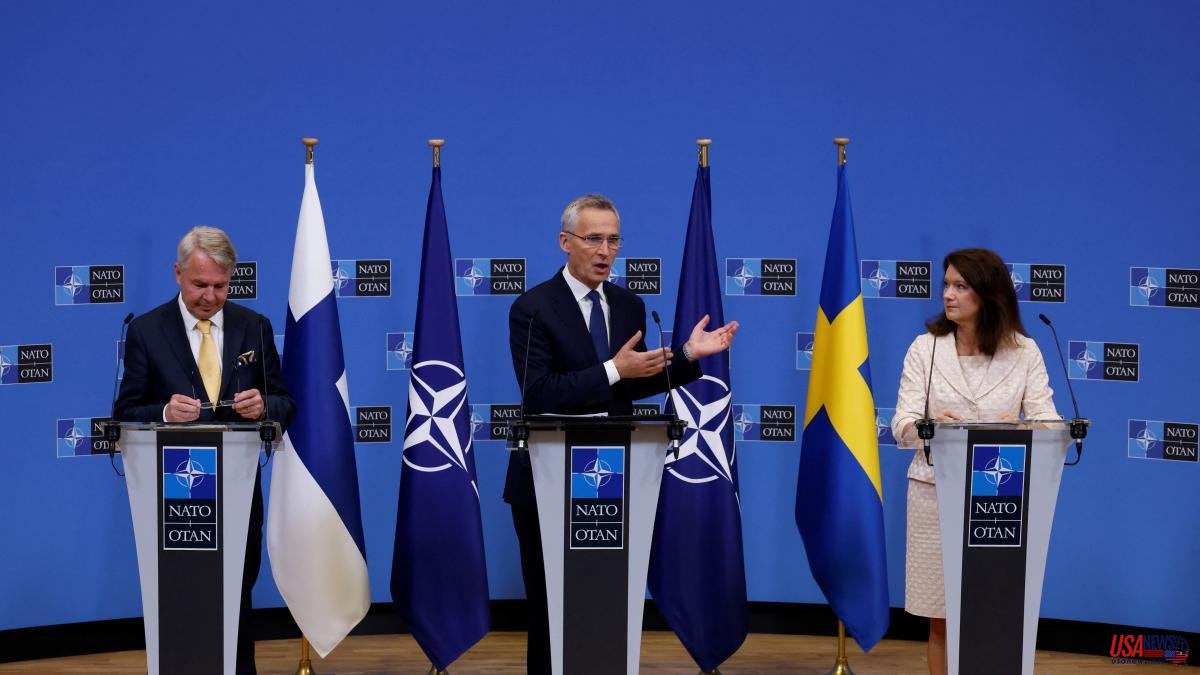 NATO is preparing for a historic enlargement. The ambassadors of the 30 countries of the Atlantic Alliance have signed this morning in Brussels the accession protocols of Sweden and Finland, signed by their respective foreign ministers, a key procedure for their entry into the military organization. This has been, as announced, an express negotiation: although Ankara blocked the process for several weeks, the three-party agreement signed during the Madrid summit allowed accession talks to be opened yesterday and closed on the same day. Uncertainty, however, persists: its entry into the Alliance will only be effective after the ratification of the 32 countries involved and Turkey conditions its green light on the full application of the agreed commitments.

"This is a historic day for Finland, for Sweden and for NATO", highlighted its secretary general, the Norwegian Jens Stoltenberg, shortly before the signing ceremony of the accession protocols with the Nordic countries, which applied to join just a month and a half ago after the war in Ukraine led their respective governments to break with their long tradition of neutrality towards Russia. "It will make us stronger and more secure as we face the biggest security crisis in decades" in the transatlantic area, Stoltenberg added.

"This is the fastest enlargement in history so far, only seven weeks", highlighted the secretary general of the Alliance, who has called on all allies to carry out a "rapid ratification process" in all allied countries, "faster than normal", given its importance for all parties involved in the current security environment. With this expansion, the ninth undertaken by the military organization since its creation in 1949, NATO's land border with Russia will add 1,300 kilometers more, doubling its current length.

"I hope that the ratification process will be quick," said Finnish Foreign Minister Pekka Haavisto, after reaffirming his country's commitment to transatlantic security and its contributions to common defense. "Sweden will contribute to the security of all allies," Swedish Foreign Minister Ann Linde stressed on her behalf, emphasizing the "historic" nature of these decisions. Of the two countries affected, Sweden is the one that has had to negotiate the hardest with Turkey to appease its demands on security, focused on anti-terrorist policy.

The tripartite memorandum signed on the eve of the summit that NATO has just held in Madrid, which made it possible to lift the Turkish veto on enlargement, stipulates that the Nordic countries undertake to reform their national legislation to include the operations of the PKK (the Kurdistan Workers' Party, the PKK, banned in the EU as a "terrorist organization") and sign extradition treaties for suspected members of this and other organizations. Stoltenberg has once again evoked those negotiations on the "legitimate" security concerns of an allied country. "We did what we always do in NATO: find common ground" to overcome differences, he has summed it up.

Hours after the signing of the Madrid memorandum, the Turkish government announced that it has requested the extradition of 73 suspected Kurdish terrorists from Stockholm. "In the memorandum we say that we take the fight against terrorism seriously and the [extradition] requests will go through the normal process" and "there will be more cooperation" but everything "in accordance with Swedish and international law", has qualified the Minister Linde, who has recalled that the commitment signed with Ankara does not include any list of names or figures on future extraditions.