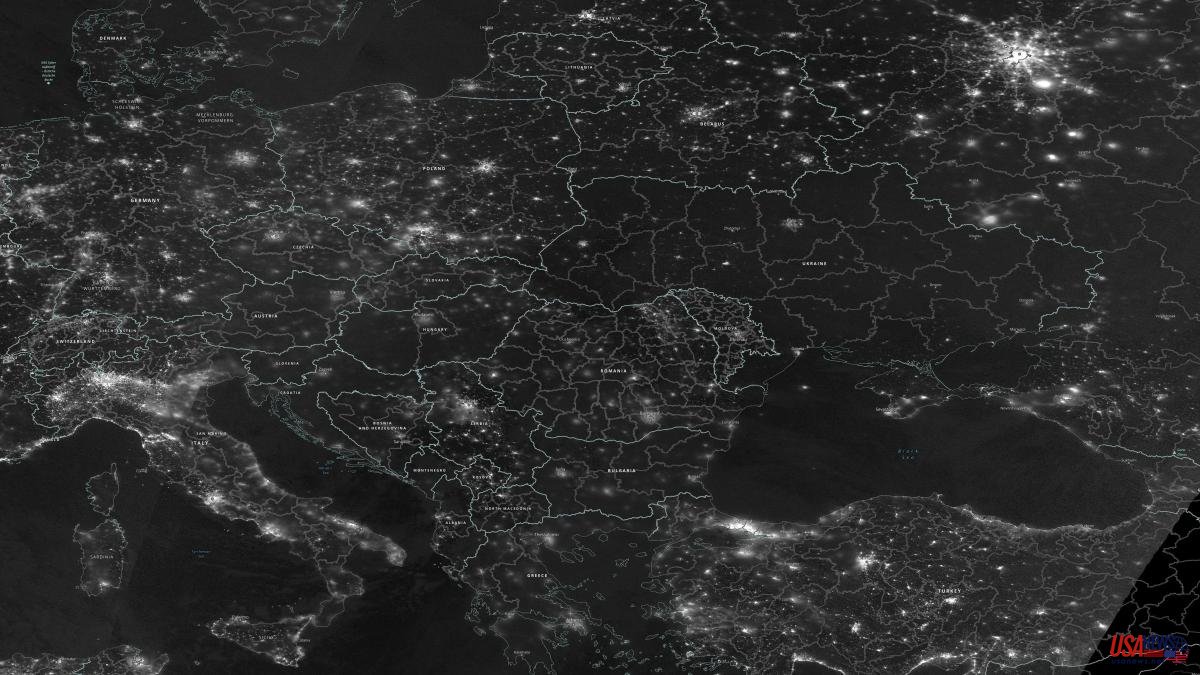 The massive Russian missile attack last Wednesday left Ukraine in the dark. Proof of this is the image captured by the NASA satellite where a black spot can be seen whose silhouette follows the entire Ukrainian territory and to the south, an even darker surface, which represents the Black and Azov seas.

The latest major Russian airstrike on the country's energy infrastructure left 12 million people without power. Power, heating, communication and water supply problems persisted the next day in 15 of Ukraine's 24 provinces, while 50% of electricity demand could not be met across the country and 60% in Kyiv, the capital, where temperatures are below zero.

Since then, Ukraine has managed to restore much of its power grid that was damaged. "From Wednesday to today (yesterday) we managed to halve the number of people whose power supply is cut off in order to stabilize the system," Ukrainian President Volodymyr Zelensky said in a video message on Friday.

According to the president, more than six million customers are still without electricity, the majority in the Ukrainian capital, as well as in the Kyiv, Odessa, Lviv, Vinnytsia and Dnipropetrovsk regions.

In a rare display of internal criticism, Zelensky urged Kyiv Mayor Vitali Klichko to do more to protect the capital's residents. Specifically, he mentioned the "many complaints" that are coming to him about the deployment of "invincibility points [public centers where residents can stock up on food, water, batteries and other essentials] in the capital." "Pay attention: Kyiv residents need more protection," he told the mayor.

Likewise, Zelensky also lamented the 600,000 customers who have not had electricity since last night and that "many" Kievites "have been without electricity for more than 20 or even 30 hours." "I expect quality work from the mayor's office," insisted the Ukrainian president.

The rough relationship between Zelensky and Klichko is well known; both have clashed on occasion since the president came to power in 2019. While Zelenski accuses the mayor of corruption, the other says he feels under strong political pressure.

For its part, the state company Ukrenergo reported this Saturday that it continues to work to restore the country's electrical capacities, thanks to which the last of the three Ukrainian nuclear power plants stopped last Wednesday was commissioned this Saturday. "The capacity of the remaining two is increasing to expected levels," added Ukrenergo.

"In this way, electricity producers now cover around 75% of consumption needs," said the state-owned company, which admitted that the regime of restriction of electricity consumption in the country is maintained, when asking subscribers to save. A request to which Zelensky joined, who called on the Ukrainians to "consume electricity in moderation in all regions."