MotoGP: Schedule and where to see the classification of the GP of the Netherlands

The MotoGP World Championship returns this weekend at the Dutch Grand Prix, where the Frenchman and current world champion Fabio Quartararo (Yamaha) will try to take his third consecutive victory after those achieved at Montmeló and Sachsenring. 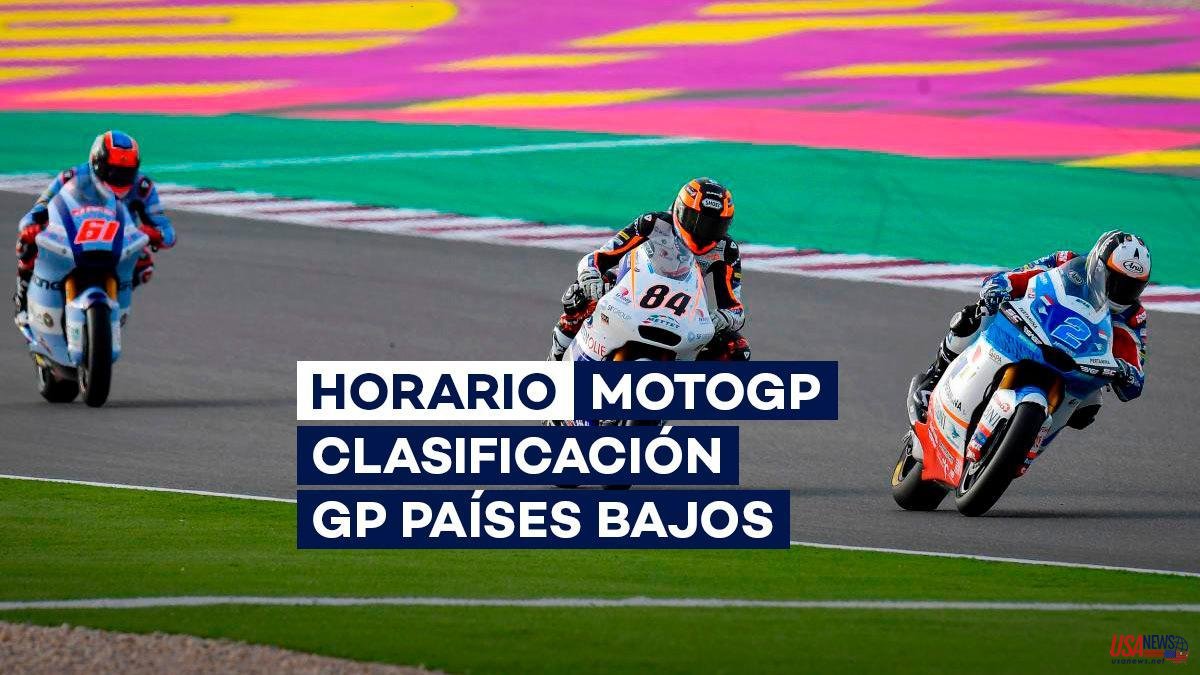 The MotoGP World Championship returns this weekend at the Dutch Grand Prix, where the Frenchman and current world champion Fabio Quartararo (Yamaha) will try to take his third consecutive victory after those achieved at Montmeló and Sachsenring.

The French driver faces this Grand Prix, which will be held at the fast Assen circuit, as the outstanding leader of the World Championship. Quartararo now has 172 points, to the 138 of Aleix Espargaró (Aprilia), whose error in Montmeló has taken its toll on the drivers' standings. In third position is the Frenchman Johan Zarco (Ducati) with 111 points and was second in Germany

For his part, the Italian Francesco "Pecco" Bagnaia (Ducati Desmosedici GP22) does not want to lose the "world championship thread" and in the first free practice sessions he was the fastest, although both the eldest of the Espargaró brothers and Quartararo were in his wake .

The great absence will once again be Marc Márquez, who has had to stop again in the season with new physical problems that have led him to undergo surgery on another occasion. The Cervera rider has been successfully operated on for the fourth time on the right humerus.

In Moto2, the leadership of the World Championship of riders is right now for Celestino Vietti with 133 points, who left in Germany and sees how the Japanese Ai Ogura has approached him, who has 125 to his credit. Third is the Spaniard Augusto Fernández, who won at the Sachsenring (121 points). In Moto3, Spaniard Sergio García is the leader with 166 points, but he has seen how his compatriot Izan Guevara has come a lot closer after winning at Montmeló and Sachsenring, and already has 159 points.

The classification of the GP of the Netherlands can be followed this Saturday through the DAZN platform. Moto3 Q2 will be at 1:30 p.m. MotoGP Q2 at 2:35 p.m. and Moto2 at 3:35 p.m. In addition, the La Vanguardia website will offer live and online monitoring of everything that happens at the event.