Miguel Gane: “I will always write about immigration and integration”

In recent years new voices have come to poetry. 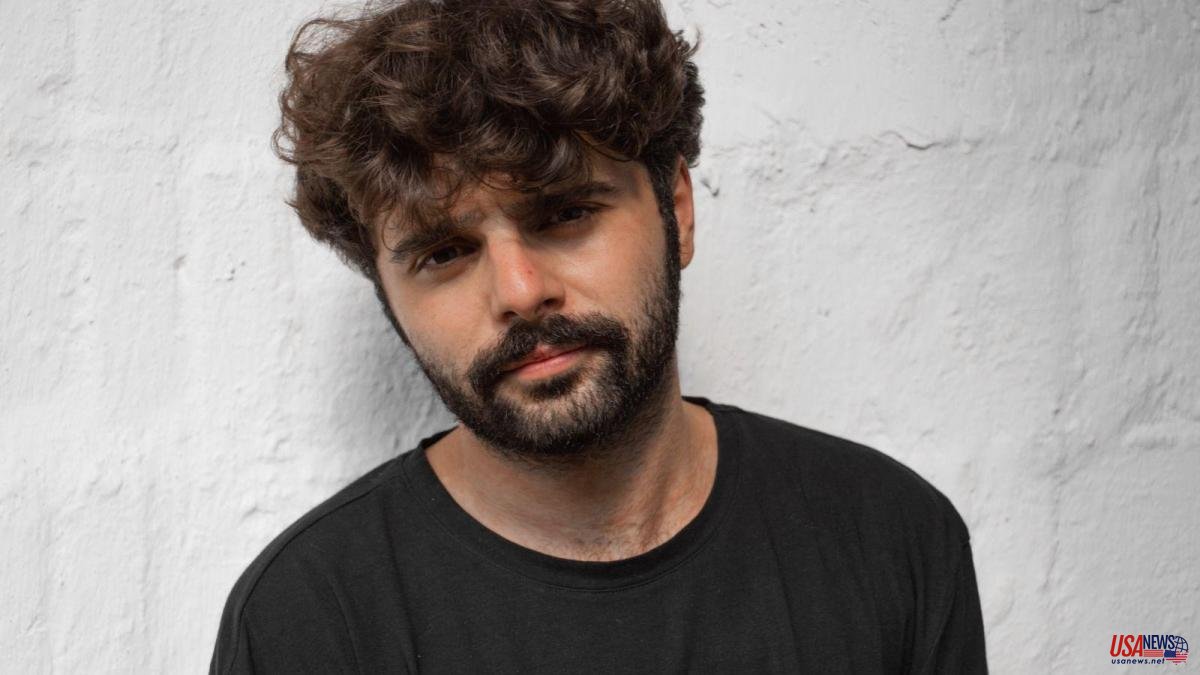 In recent years new voices have come to poetry. One of them is that of Miguel Gane, who has recently visited the book fairs of Buenos Aires and Bogotá to show his latest work Ojos de sol (Aguilar). Two appointments in which many readers were waiting for him, as they let him know through social networks. The professional career of this young man of 29 years is at its highest point. However, he reminds La Vanguardia of how much he has had to fight to get here.

This young Romanian lived his childhood in a village in the Carpathians, but at the age of nine, the apparent calm that he lived there took a 180-degree turn, as detailed in his book When you are older (Suma). "My parents aspired that we all have a slightly more dignified life and decided to leave everything and travel to Spain in search of a job." A fact that, he acknowledges, “is very present in my work […] I will always write about immigration and integration because one writes about what one lives and what one is, and one cannot separate it from its essence”.

Thus, he acknowledges that “the process was complex. We went from the calm of the countryside to the chaos of a big city like Madrid. It was overwhelming. He had to learn a new life, a new language, new food and new friends. Then on top of that came the crisis and my father lost his job and something very hard happened, which was that my brother had to return to Romania again […] Somehow a new person was built that has led to what I am now and is reflected in what I write”. And it is that, he admits, “at that time I took my experiences as something literary. I hadn't found a way to channel and talk about it but over the years I did. And with my work I like to see that people who go through it can feel accompanied and, those who don't, can understand the situation a little more. For me it is a duty to reflect all this in my poetry”.

Gane explains that the first change he noticed in his new life was his changed identity. And it is that, although everyone knows him as Miguel, his real name is George Mihaita Gane. “It was not a thing that I decided, it was society. Naturally, my name is not that difficult, but both at home and in my environment they believed that it was better to make my name Spanish to integrate me earlier. The unknown is scary and it is easier to change a child's name than to re-educate society."

Poetry and writing, he acknowledges, have helped him in his personal growth. “I started when I was thirteen years old. I used to enter high school pageants. I won one and they gave me a check for one hundred euros with which I bought some El Niño T-shirts. I remember perfectly. It was a fantasy for me and since then I have not stopped, although I never imagined that I would be able to dedicate myself to it”, he admits.

It all started while he was studying law and administration and business management, careers that, by the way, he has never practiced for more than ten months. He didn't need it. By then he had already fulfilled his dream. “When I was in the second or third year of my degree, I published a poem that I titled Madrid is her and that identified a woman with different symbolic parts of the city. To my surprise, it went viral on social media. Months later, Loreto Sesma, who was seventeen years old at the time and was not known, was recorded reading my poem and it went viral again. We were both pretty freaked out that people wanted to interview us. We didn't believe it. She thought, me at least, 'what will I have to tell'. It was crazy but from that moment everything was uphill.

Social networks, therefore, “are essential for my work. I take them as a window through which the reader ends up leaning out and sees what is inside my house, they are above all books, poems and songs. A place of reception, of peaceful openness and also of growth. And then this reader, if he likes what, he goes to the bookstore and buys a book from me. They are therefore my showcase”. Your inspiration? “Beyond my past, I am inspired by the things that happen to me, in my day to day, my social life, but also in observing what is happening in the world, what are the new voices and claims. Everything that revolves around me directly or indirectly.

There are many critics of the new poetics and the young people who start in the genre, but Gane is clear that “they act out of fear […] We are asked to be the best writers in the world. They've been doing it with me since I was twenty-two. But what could you demand of me at that age? He was a kid who did things the best he knew how and, like everything else, over the years I am forming, growing and evolving, just like the rest of the poets [...] Criticizing what another does is childish, and it surprises me that the biggest critics are people one or two generations older. They criticize us without even having read our books. They think we only write on social media and play dumb. Prejudice is the order of the day.

For this reason, Gane acknowledges that “one day I would like there to be a colloquium or festival that would include both traditional poetry and the new poetics. A meeting point in which to find a common path and, from here, start building”. And it is that, he advances, his generation “has a lot to say. They call us the generation between crises for something and, from all the bad things, I think we can extract positive things such as, for example, that we have a lot of conscience. I mean we try to fix problems that we shouldn't have fixed because they didn't have to exist. They say that we feel frustration for everything but, on the contrary, I believe precisely that we never stop fighting and that, for me, is inspiring. Crystal generation? I believe that the glass really is a mirror from which we look at ourselves and begin to build".