The FIFA virus continues to wreak havoc in the ranks of FC Barcelona. 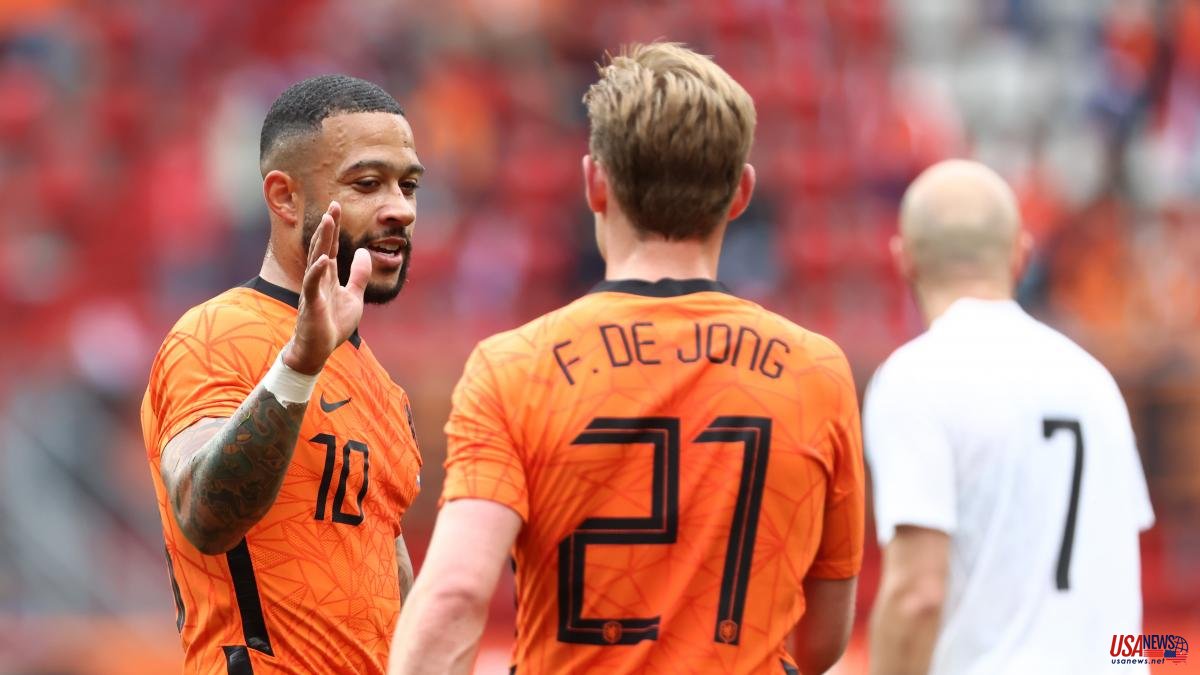 The FIFA virus continues to wreak havoc in the ranks of FC Barcelona. To the casualties of Araújo and Koundé, Barça has added two more names to its list: Memphis and Frenkie de Jong. Both internationals finished with discomfort in the Netherlands-Poland and did not play the second match against Belgium. This afternoon they underwent a series of medical tests in the sports city of Barcelona.

Although Barcelona did not specify time off, Memphis, with an injury to the biceps femoris in his right thigh, will be away from the pitch for three to four weeks, according to La Vanguardia. He will miss the matches against Mallorca (October 1), Inter Milan (October 4) and Celta (October 9) and is a serious doubt for Barça-Inter on 12 and the classic against Real Madrid on 16. Less serious They are the discomfort of Frenkie De Jong, who suffers from an elongation in his left thigh and will miss the match against Mallorca.

These last two casualties became known after the club officially announced that Ronald Araújo will undergo surgery to undergo surgery for the avulsion of the long adductor tendon of the right thigh. He will do it on Wednesday in Turku (Finland) and the intervention will be led by the surgeon Lasse Lempainen, a doctor who has already operated three times on Dembélé and once on Sergi Roberto. The operation will also be supervised by Dr. Ricard Pruna, medical officer of the first team.

The adductor break that the Uruguayan suffered in the thigh of his right leg during the 30 seconds he played in Uruguay's friendly against Iran last Friday is a serious setback for the club. As La Vanguardia learned, the Uruguayan will be out for more than two months. The setback is also hard for the player who sees his chances of playing in his first World Cup considerably reduced.

The absence of Araújo will not be the only one in defense during this month of October. To this setback we must add that of Jules Koundé, down for a month after ruling an injury to the femoral biceps of his left thigh in the game of the French team in the Nations League.

The club does breathe easy with another Frenchman. Ousmane Dembélé who has trained normally this afternoon in Barcelona together with the Danish Chirstiansen after not playing the last game with France against Denmark as a precaution. Robert Lewandowski, who also played the 90 minutes in Wales-Poland, also trained normally.