Ouray Colorado -- Many dogs believe they are human. 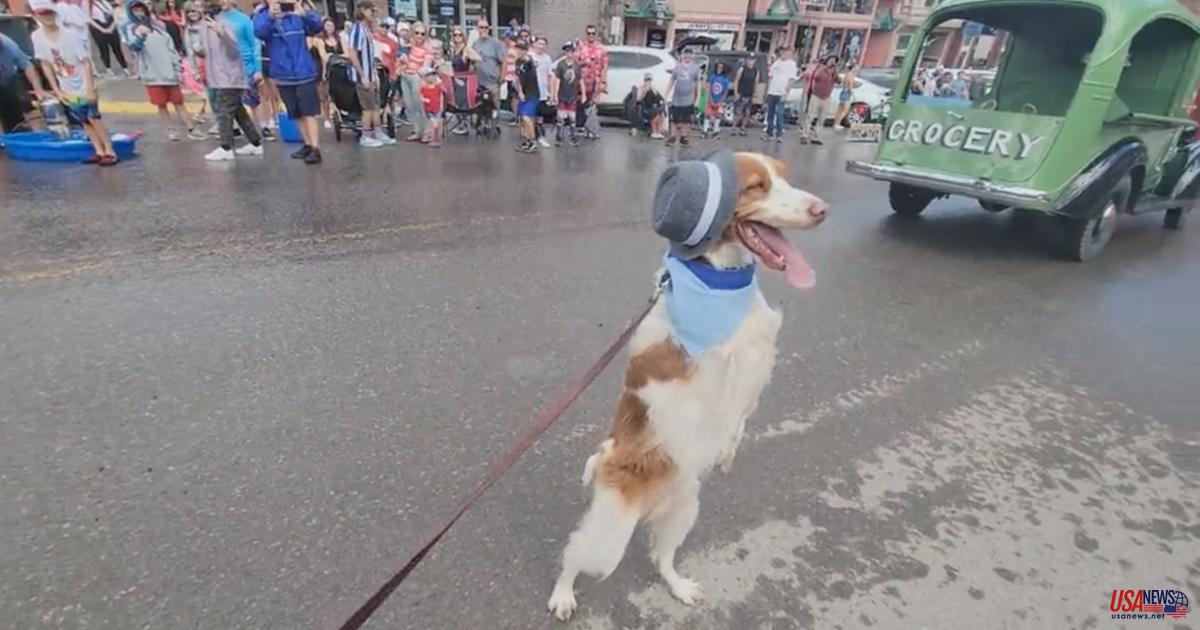 Ouray Colorado -- Many dogs believe they are human. But Dexter is a different breed. He thinks I am human.

Dexter, the dog, lives in Ouray Colorado. For the past few years, this bicolor, bipedal Brittany Spaniel Spaniel has been turning heads everywhere he goes. Kentee Pasek, his owner, said that walking on two legs wasn't something she taught him. It's an adaptation that he made after a near death experience.

Dexter, when he was a puppy ran from his yard and darted into traffic, getting hit by a car. One of his legs was severely damaged and one of his front legs was lost.

It was assumed that he would require some type of adaptive equipment to move around. For a time, he did use a wheelchair. Pasek finally allowed her to take the dog to her porch, but she didn't have a wheelchair.

"I ran in to get my coffee and came out. I was shocked." CBS News asked her about discovering that her dog had climbed up the stairs.

She reached for her phone, grabbed Dexter's hand and recorded him climbing up the stairs. Pasek said Dexter has regular checkups at her vet to ensure his hips and joints are healthy. She also recorded Dexter walking up the stairs on two feet.

Dexter has been a celebrity for six years, appearing in parades and building an army of social media fans who travel from all over the country to see the best citizen of Ouray.

This whole thing elevates absurdity to new heights. Dexter is a joke for many. There are hundreds of letters of gratitude he receives each month in the pile of mail he gets.

One of the cards reads, "I am still recovering from intensive radiation treatments for breast carcinoma and you sure bring joy to my days,"

Dogs will sometimes disagree with humans when they see obstacles.

"Dexter shows that you aren't out there writing the book that you want to. Why don't you do the things that you love? Pasek stated that he did.

It has been proven that sometimes, getting knocked to the ground is the best way to measure your height.

To contact On the Road, or to send us a story idea, email us: OnTheRoad@cbsnews.com.