Mariano Pensotti reflects on the passing of time in 'The Years'

Mariano Pensotti is a regular at Temporada Alta. 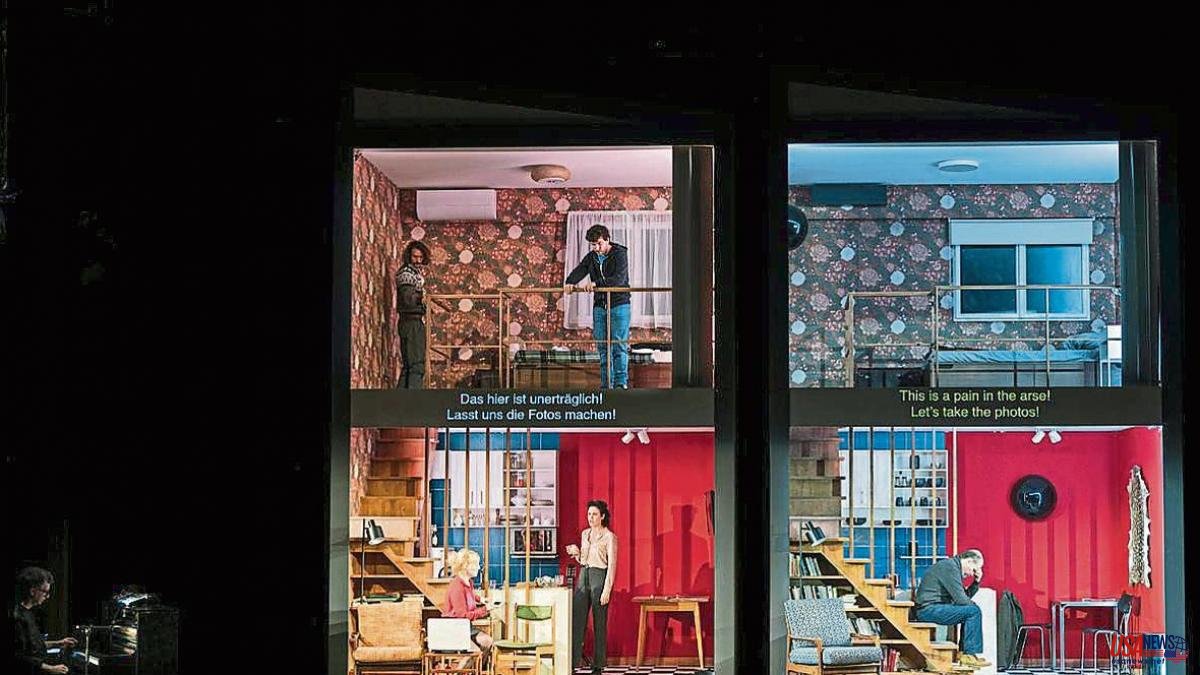 Mariano Pensotti is a regular at Temporada Alta. The Argentine creator has come to the Girona festival several times, the last one in 2017, and also in 2020 he participated electronically. Always with his independent theater, but not in a small format, which is why he has found his natural habitat in European festivals. He is now premiering in Spain, at the Girona festival, his latest creation, Los años, a reflection on the passage of time.

“Our works are usually made up of multiple stories –explains Pensotti–, but this time we wanted to tell a single story. The particularity is that we see the story of a man in two moments of his life, at 30 and at 60, and we see it simultaneously, like a split screen ”. The director and playwright describes Los años as “a reflection on the passage of time and how we will live in the future”.

The plot revolves around “an architect who is making a documentary about buildings in Buenos Aires that are copies of European buildings, sometimes made from memory. I found it a very interesting story. When he returns to Buenos Aires 30 years later, he wants to know what happened to the boy he met when he was shooting that documentary. For this, it has Mara Bestelli, Bárbara Masso, Paco Gorriz, Javier Lorenzo and Julian Keck, and the musical composition and interpretation of Diego Vainer.

“Our works are fictional, but the starting point has to do with real stories, like, in the case of Los años, the misshapen copies of European buildings, or the children who live alone on the street,” explains Pensotti. “In this piece, two times are constantly seen, the present and the future, and I was interested in getting closer to this future, connected with the present”.

And about his intention, he adds: “There is something in the work that has to do with the utopian. Buenos Aires was born with the political will to be a utopian copy of Europe. In Argentina there have been many utopias, but they have gone wrong. I wanted to reflect on what we want to be in the future and, ultimately, what we end up being”.

"Capitalism has been tremendously successful in its message that there is no other way to function than according to its system, which I do not share," he concludes.