The singer Maria Rodés takes a further step in her introspective recording career with Fuemos los dos (Elefant), the eighth album of her career that is published today, composed in confinement and where she narrates the end of a relationship to the rhythm of an author's song and Latin American airs. 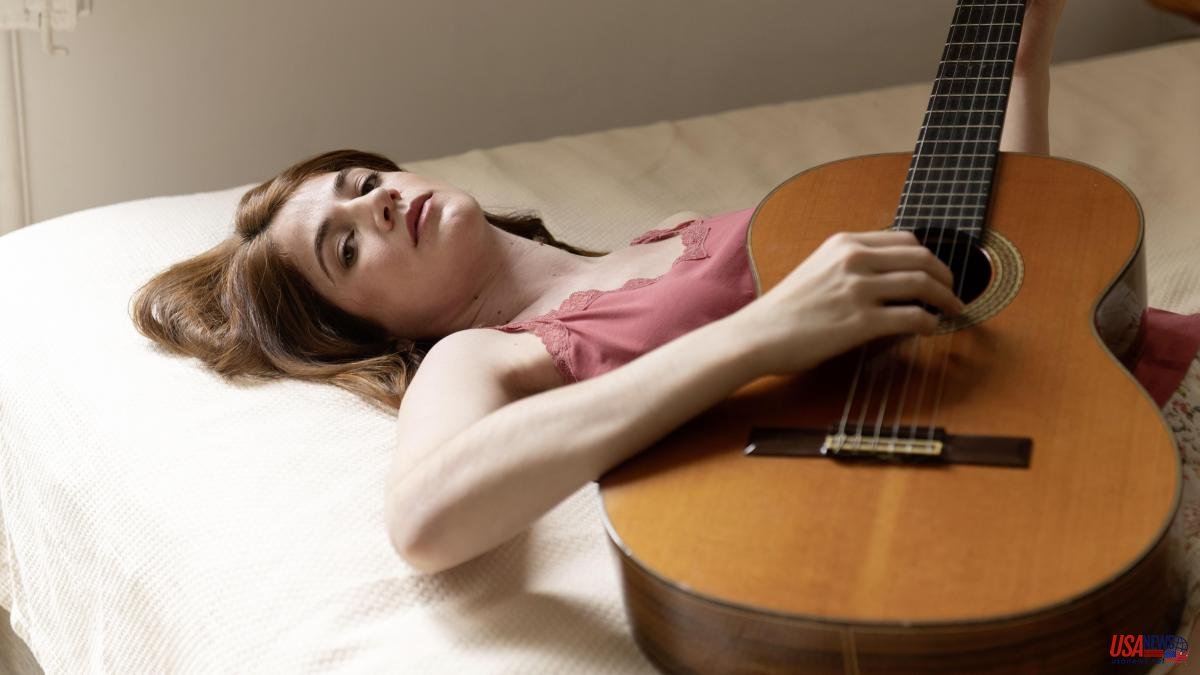 The singer Maria Rodés takes a further step in her introspective recording career with Fuemos los dos (Elefant), the eighth album of her career that is published today, composed in confinement and where she narrates the end of a relationship to the rhythm of an author's song and Latin American airs.

At the same time, Rodés has not stood still, as witnessed by the sound of one of his songs in Jaume Balagueró's new film, Venus; that she has just released a little song that appears in the first short film that Marta Nieto has made, Son, and that she is finishing the tour she is doing together with La Estrella de David and that will bring them closer to the Paral·lel 62 theater on November 12 .

If there had been no confinement, would we be talking about this album now?

Probably not because We Were Both was born from a game, from a small entertainment-challenge that I imposed on myself in confinement to make a new song every day with whatever came my way, without thinking about it too much. Every day I made a song and posted it on the networks. I did about fifteen, and on this album there are thirteen.

Music always has a therapeutic component, but the truth is that this album has come out very introspective, almost unintentionally, and I think it has to do with being locked up. I was in a small apartment and in the end things come out of me very much from within, more than my other albums.

Is there a common plot thread?

Everything has to do with a breakup process that has been a bit like a catharsis of other breakups in the past... and in the end I talk a little about the evolution of the idea of ​​love throughout my life. I had a lot of time to read letters from when I was little or diaries, and I saw that she had a very direct way of writing, saying "I love you" very forcefully. Then you become more cynical, more complex. It was funny for me to make a journey from the most naïve and naïve Maria to the most adult Maria.

Doesn't it matter to you to share these intimacies?

Well… I already did the most intimate thing in that aspect when I published the book of dreams [ Sleep it. The Dreams of Maria Rodés, Alpha Decay, 2015]. And this… well, in the end I see that we are all quite similar, in how we experience relationships, disappointments, and in the end I see it as something a bit collective, not so intimate.

Is there also a song of hope?

I always believe that in an introspective exercise, in this case the album, there is a halo of hope. In the end you are trying to understand something about yourself, and in the end I always want the songs to have a bright spot and salvage the situation a bit in the song. Even of things that in real life have not been saved.

If someone listens We were the two, what conclusion do you draw from the composer?

The last song on the album, Madame Bovary, I think is a suitable epilogue because it also does a bit of self-parody, of the character who writes this album; give it an ironic touch, play iron.

Did the musical dresses come out on the fly?

It's true that I like it a lot and that I've been into Latin American folklore for a while now, and that ends up creeping into the songs, there are Brazilian rhythms, a song that seems Peruvian... It's all for taste and not because there is a conceptual relationship with the Latin American world. But hey, I left that aspect to Marcel Bagés and David Soler, who act as co-producers. I love what they have done.

Yes, they form my current band, I like the way they work and they fit with what I do. I want to continue with them.

When did you return to the stage with the coronavirus?

The truth is that I played a lot during the pandemic, I got to do it in Mallorca or Germany.

When will you present your new album?

The bulk of the new tour will be next year. Right now we are playing some new song, but we are finishing the concerts that we had left from the previous tour with La Estrella de David.

You went to live in Madrid in 2017, do you think there has been an exodus of Catalan musicians there in recent times?

I've heard it lately but I think it's more evident in the world of cinema, of actors, because I don't know many cases of musicians. And I left for a personal matter.

Are you currently happy?

If I am happy.