María Salvo, and all that pain

The parking brake can make a curve a true work of art. 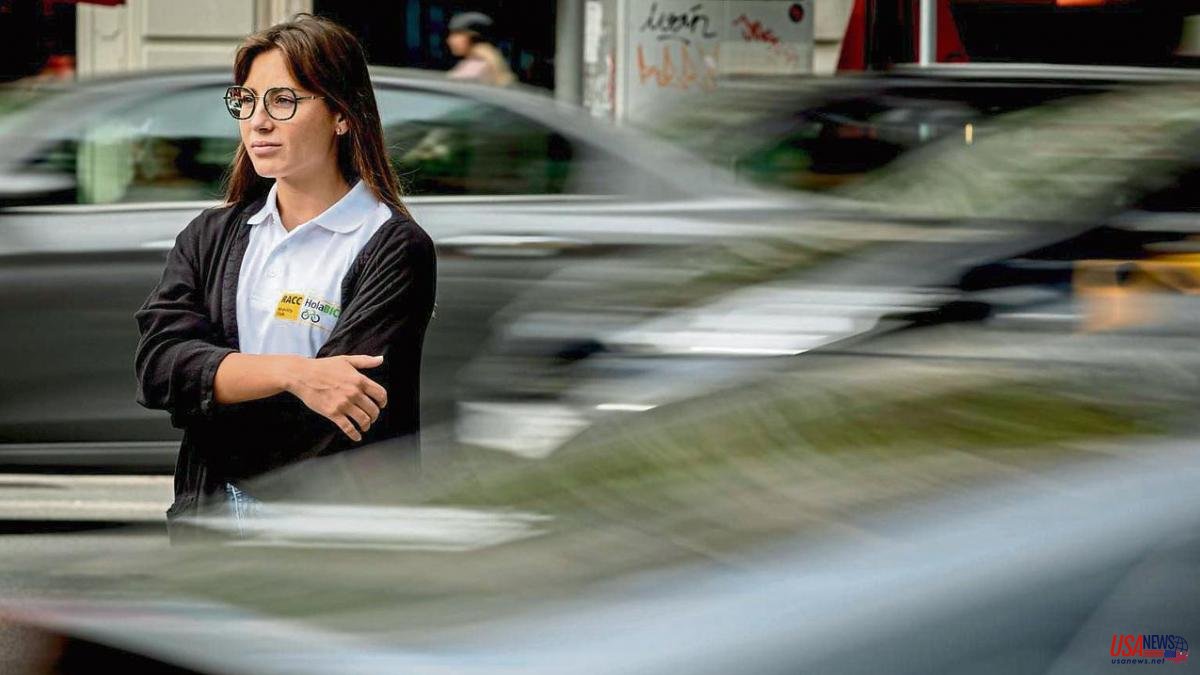 Talking about that is good, it's healing. I take it as a therapy. Though I beg your pardon...

María Salvo is remembering her sister Laura, two years younger, who died in 2020 during the Vidreiro Rally, in Portugal.

It was the first time the two had competed against each other. The two did it as co-pilots.

María Salvo has returned to co-drive in this 2022. To get here she has overcome a duel of almost two years. In that time she has explored herself. She has immersed herself in therapies, has shared her pain on Instagram, has prepared a documentary (we were never angels will appear on YouTube on November 7) and has entered the world of cycling (RACC HolaBICI team) and the triathlon.

(tomorrow dispute the Ironman of Calella).

When he recovers, he tells me:

–Our parents (Gabriel and Carolina) had been rally drivers. They had met that way, piloting. We didn't watch football at home! We looked at the cars, we read AutoHebdo...

-Everything was in their favour, I understand...

–Man, my mother didn't want us to co-pilot, but she couldn't say no. If she had done it years before! My father was between yes and no. He reminded us that motor racing was a risky sport and he showed us accidents so that we could see what could happen.

–When I turned 18, I asked for a co-pilot course. It was funny: a girl got into the car and put the intonation. She said: 'Eye flush', 'curve to the right'... Nacho Aviñó, from the Valencia Speed ​​Up Competition, gave me an opportunity and I got ahead. So it was October 2015. In March 2016 my sister joined.

Do you want to talk about the day of the accident?

-That day, Laura was my rival. I was the co-pilot of Sergi (Francolí), my boyfriend, and Laura was with Miquel (Socías). We shared a house in Portugal, we had all had breakfast together. Sergi and I were leaders and we came out ahead. Miquel and Laura left three or four cars behind. I didn't like that section. I told Sergi that he wasn't enjoying himself and that we were going to leave. He slipped a lot, my voice trembled when I finished it. At the end of each section, he exchanged whatsapps with my sister. She gave him advice, warned him about a curve or a bank. That day he was not answering me. Then they said that the section had been neutralized and then I started to feel pain in my gut. I didn't know why.

-We got to do the next section, and when we finished it they told me: 'your sister had an accident in the previous section, but the ambulance has arrived and everything is fine'. I kept whatsappeando, Laura still did not answer me. Then I noticed that some faces were looking at me strangely. Someone said that the accident had been severe and they had brought in a helicopter. This was terrible.

-If a helicopter comes, things are really serious. I know. I'm a nurse.

(she works at the hospital in Terrassa, on the night shift; I wonder how she is able to put it all together)

-I remember the face of the team leader, telling me: 'I'm very sorry'. I remember his face in dreams. They gave me a diazepam, I just repeated to myself: 'It's not fair'. I went into shock. Until the funeral, he didn't even cry.

–And for a while, he went back to rallying.

–Two Saturdays later we went to the Princesa de Asturias. I thought that I should get on with my life, that nothing would bring my sister back. It was a mistake. Everything reminded me of her, the hotel, the sad faces asking me, giving me their condolences, not knowing how to act. Every two sections there was a situation in which I saw myself crying. We finished the rally, we went to another one in Madrid, we had a toppling accident and bye-bye.

-I have gone through many therapies and many processes, and Sergi convinced me. In May we went to the Terra da Auga Rally (Galicia). We won it! I think the fear has evaporated.