The city of Liman, a major railway hub in Donbass, has been under Russian control for five months. 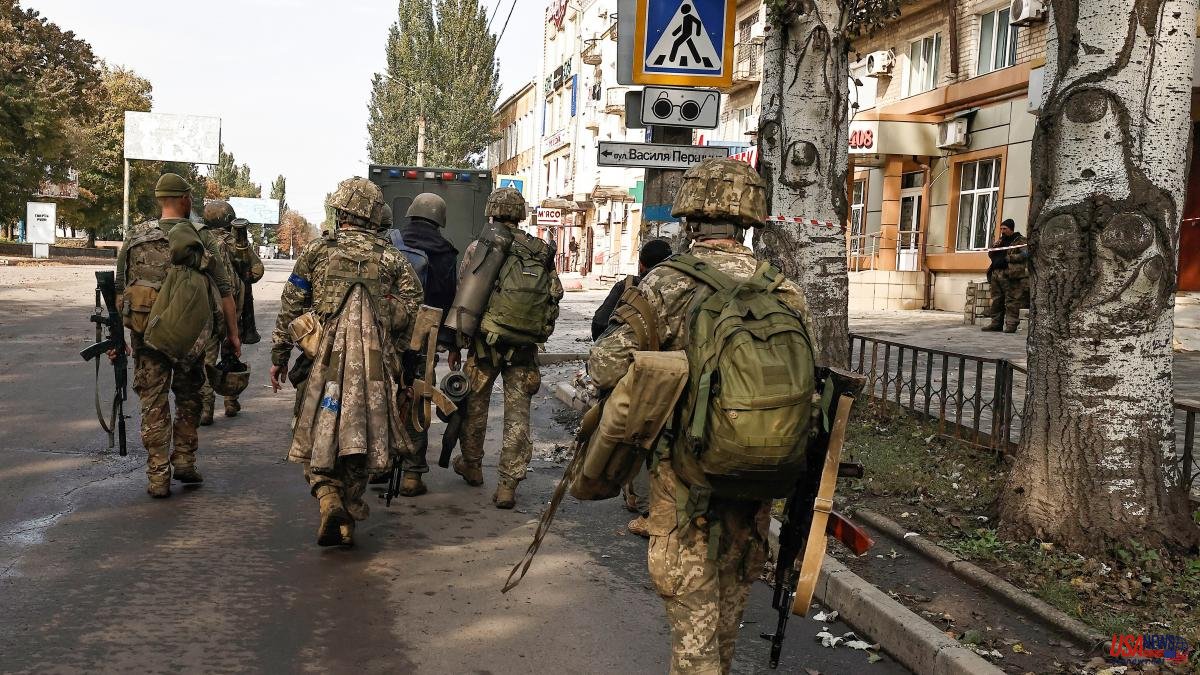 The city of Liman, a major railway hub in Donbass, has been under Russian control for five months. Five months is also how long the Russians managed to hold their positions at Izium, another railway junction, a little further north, which the Ukrainians recaptured in early September.

The fall of Liman confirms the great difficulties of the Russian army in sustaining the occupation of Donbass, the mining region in eastern Ukraine that the Kremlin ordered to occupy in March to recover from the defeat north of Kyiv.

President Putin is finding it increasingly difficult to hide the bad news coming from the front just as he has just annexed four Ukrainian provinces and ordered the forced recruitment of 300,000 men. Every day it becomes clearer that he cannot win in the Ukraine, although he cannot afford to lose either.

The Russian advance was slow but steady throughout the spring and summer. Artillery superiority was decisive against a Ukrainian army without sufficient weapons to defend itself. In early September, however, the US HIMARS rocket launcher system enabled him to take out Russian command posts and cut off supply routes. Pentagon satellites identified targets which HIMARS then destroyed. Thus fell Izium and now Liman has fallen.

Since the fall of Izium, the Russian troops in Liman were in danger of being isolated. Regular soldiers fought with the support of reservists and separatists in the area. They were a force of five thousand men, but day by day their avenues of escape grew slimmer. The Krelim, far from heeding his request to withdraw, sent reinforcements.

Liman, which had about 20,000 inhabitants before the war, was a bridgehead to Sloviansk and Kramatorsk, the two largest cities in Luhansk province still under Ukrainian control. Losing this place ruined the plans to occupy the entire Donbass region before the winter freezes the front.

Liman's fall confirms that the Russian army has lost the initiative. The 150 kilometer front is now too wide. The reinforcements fail to stop the Ukrainian advance to the east. The separatists who have taken up arms and collaborate with the invader are not enough either.

It already happened in 2014. The Russian army occupied large areas of Luhansk and Donetsk, the other Donbass province, which it was later unable to hold due to the poor collaboration of the local population.

That is why the Kremlin is now turning to the mercenaries of the Wagner group, a paramilitary force independent of the army. For weeks it has been besieging Bakhmut, a city south of Liman that before the war had 70,000 inhabitants. The incessant bombardment by Russian artillery has cut off electricity and water.

Wagner has mobilized hundreds of common prisoners. He uses them as cannon fodder. He orders them to advance towards the Ucanian lines, but without much success. Those who do not die give themselves up easily. The Ukraine then tries to exchange them for prisoners of war, but the Russians don't want them back. He does not consider them military.

Liman and Bakhmut are two sides of the same coin. Russia cannot turn around a very complex situation in Donbass. Neither the regular troops nor the mercenaries are enough. The artillery superiority is not the same as it was a month ago and the local population, whatever the annexation referendums say, is scarce and mostly apathetic.

Ukraine is keeping up the pressure on Kherson in the south, where the Kremlin has the best of its army. You cannot weaken the defense of this front without risking losing it as well.

In the best case scenario, the 300,000 Russian reinforcement troops will still take several weeks to be operational. That is why Ukraine is now pressing on the Donbass. He needs to repel the siege of Bakhmut and advance towards Svatore, in the north of the Luhansk province. The latest victories have boosted the morale of his men, just what the Russian army lacks, unable to hold its positions on the front line.