Lewis Hamilton has something to celebrate

Lewis Hamilton (37) has learned to cross his fingers in his most horribilis annus since the 2013 season in which he arrived at Mercedes. 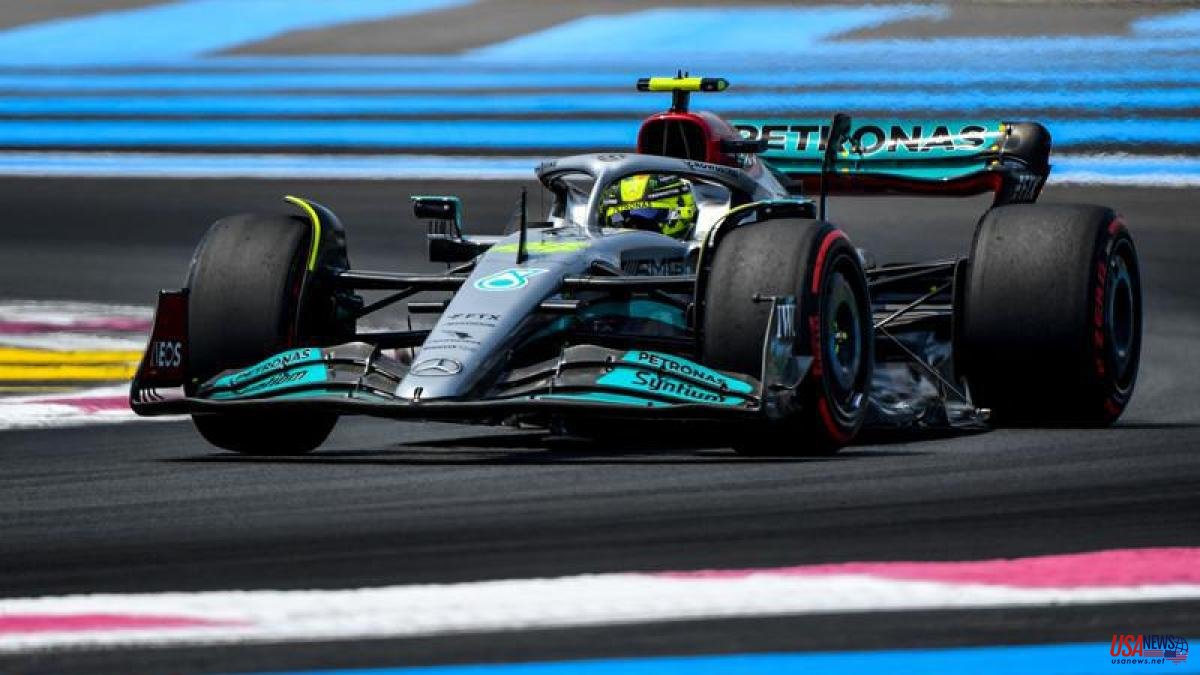 Lewis Hamilton (37) has learned to cross his fingers in his most horribilis annus since the 2013 season in which he arrived at Mercedes. Without the privilege of enjoying the fastest car, in the wake of the Red Bulls and the Ferraris, and therefore, without too many chances to win, and out of focus, the seven-time English champion should have a miracle come his way to qualify for victory this year , and a cataclysm to get into the fight for a now illusory title. While Mercedes looks for the way back – this 2022 is already considered lost – Hamilton must be content with a capital event: today he enters the select 300 club.

Only five drivers in history have contested more than 300 races in Formula 1; of them, only Fernando Alonso (41 years old will be next Friday) remains active. Even in longevity, the two drivers who became archenemies in 2007, under the roof of McLaren, in one of the most bitter rivalries in modern F-1, are doomed to continue to rival each other. Looking back on his 16 seasons, Hamilton points to the Spaniard as his toughest rival.

“It is difficult to say who has been my strongest competitor, because every time you fight someone you are in a different place in your life. I remember the task of being next to Fernando [Alonso] when he was 22 years old; he was very young mentally and of course also in terms of ability, but it was a lot of pressure to face a great like him. We had some good battles, I wish we could have more. Hopefully he will continue competing, and hopefully we will have more in the future”, longs for the Englishman, who is facing a new reality, unknown to him in the last eight years: not being the favorite or having the best car.

The change in technical regulations this season was a revolution in the F-1 hierarchy. Red Bull and Ferrari left behind Mercedes, who ceased to be untouchable, and Hamilton, overshadowed by Verstappen, Leclerc, Pérez and Sainz, has even been squeezed by his new teammate, an ambitious and talented George Russell who is surpassing him in the races (4-7) and with whom he ties in the standings (6-6 after Lewis' good fourth place yesterday at Paul Ricard).

The firm will of Hamilton, at 37 years old, is to win again and be champion, in search of that historical record of eight crowns that will catapult him as the greatest of all time. To do this, the Englishman will first have to end the curse of the 300 GP: none of the five drivers who exceeded this mythical number of races tasted a victory again. The last of them to win was Kimi Räikkönen (in 2018, in his 289th race).

Fernando Alonso, who got stuck in the 2013 victory at Montmeló, still aspires to break that spell. The Spaniard, if nothing prevents him, will become the driver with the most races this year. In Italy he should already match Kimi's 350.