Let Felipe VI not be Juan Carlos I

My friend is modest. 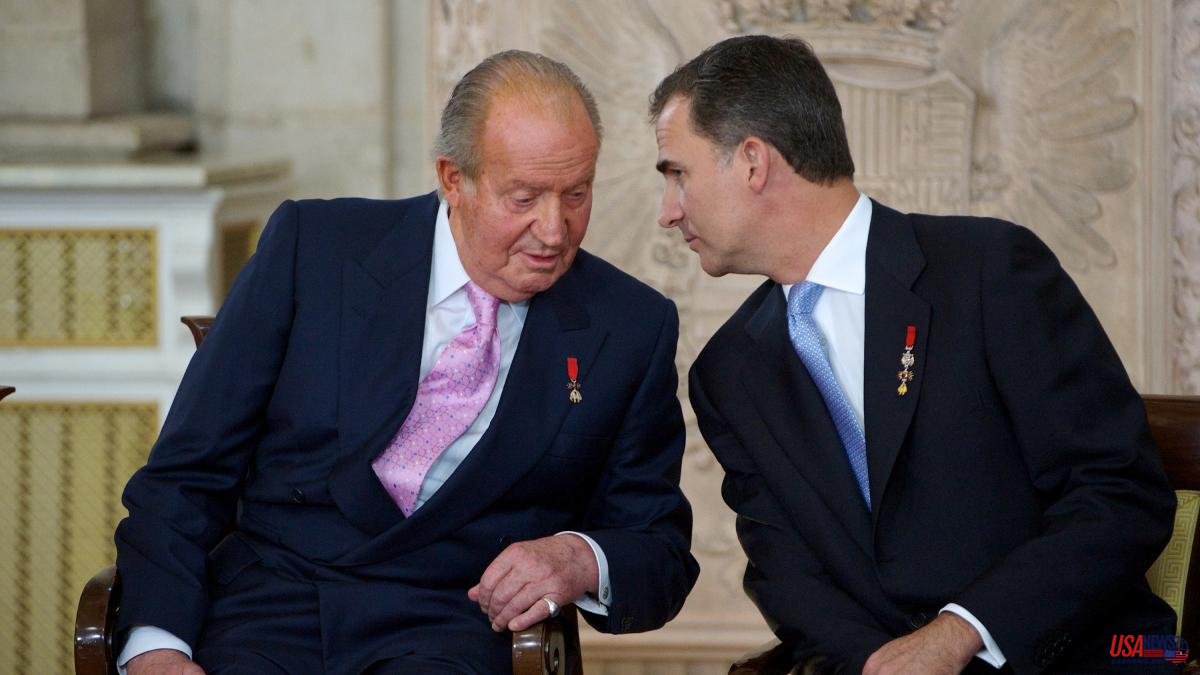 My friend is modest. From a republican background, like a third of his countrymen, he always points out interesting reflections. On this occasion, following the funeral of Elizabeth II and our Crown, he tells me that to be or not to be a monarchist is no longer "the issue", while the historical European monarchies have long assumed what we know as values Republicans. The monarchy is still in Spain as in the United Kingdom the apex of the institutional order. And the republican king, the formula.

Think, yes, that Juan Carlos I had a prestigious territorial model in which to unfold his reign, the State of the autonomies, an autonomous consensus that today is destroyed. He is very critical of a part of the transition generation that is still unaware - he emphasizes - that presenting the dissonances between kings in the media as issues of father and son, in addition to losing all kinds of charm or magic, is a monumental mistake. They build communicative frameworks in which, yes or yes, public opinion implicates the institution. And the monarchy is not for these jogs. They do not defend the institution in this way, they harm it -sentence-. "They never see a goal or a penalty in their own half."

Its synthesis is understood in any bar: the emeritus left because he could legally do so, in a personal decision, and attends the funeral of his cousin Elizabeth II under the same terms. The Spaniards never wanted (seven out of ten) for him to leave Spain, what nine out of ten (all) wanted was for him to appear before a judge -he concludes-. What ends of the post-Franco regime -recommends- must stay with Juan Carlos I, the king who swore the fundamental laws of the movement, who made the transition to democracy and with this and with what we have already known is enough. Bye. If today the photo is produced with King Felipe VI at the funeral (never the son) -he insists-, there is only one person who is looking for it (this time yes, his father). End of story. That's what it all boils down to. Kingdoms do not move in cycles but in epochs. And his passed.

Felipe VI, on the contrary, -he affirms- is the king who has had to overcome the most serious opinion figures that we have known since the return of the monarchy. Aware of this -he wields-, the King must be precisely (because he is) something else: a wide, white and bright stripe that separates from Juan Carlos I. As his mother rightly understood a long time ago. Incorporating in turn the institutional intelligence that demonstrates -at her celebrated 50 years- Queen Letizia.

It is also necessary to explain to the King -he tells me- that Leonor does not have a kingdom and that the term to fix it is the following legislature, after his majority. A king is not to be tied to an idea of ​​Spain if it does not resolve coexistence. Felipe VI should be for the generation of democracy the forerunner of a great change in mentality and some attitudes. Being approved at the beginning of his reign by 75% of all, the king is not recognized by people of Catalan, Galician or Basque national identity, which teaches us that the uninational monarchy is impossible as a model of coexistence in the Spain of the XXI century and the Europe of the same period. Felipe VI will have to make his way as “the King of the Spain of the nations” as soon as the generation of democracy becomes aware of a latent identity whose first pillar is the coexistence of all; the second, that nations are people and not territories, and the third, that a king, as is the case today, below 70% approval is not a king, and neither is a king without a kingdom. If nothing is done - he thinks - there will be a democratic rupture, which did not occur in 1975.

My friend is convinced that political parties, perceived as a problem, will break records this fall and winter. However, as in all crises, he thinks that the mist will lift again to clearly see what we are, what we do not want to be and what we can be. He asks me not to forget the greatest lesson of Elizabeth II, a 70-year legacy: the King is there for what the Kingdom needs and nothing more. And what Spain needs now is to transform. To do this, let Felipe VI not be Juan Carlos I. You can agree on something or nothing with my friend. You will find it in the polls and barometers about our country. My friend is called “my dear Spain”. And he sounds like Kiko Veneno, Cecilia and Rozalén.

Spain is a country of great capacities, awaiting a giant leap, which has been built by the older ones, prepared thanks to the qualifications acquired by the younger ones and with a desire to progress and improve from the Spain we know to the Spain we know. we deserve Whoever plays the fight and ignores this reality plays without their own framework. The central contest is won by turning a deaf ear and explaining your idea of ​​Spain.

Last week we pointed it out and the CIS transfer matrix confirms it: about 8% of transfers from PSOE to PP, 509,200 voters. Once anchored in the left, this is the vote that the socialists must recover. The “Feijóo effect” lands on the ground, although above 7 million and with a great advantage. The investiture bloc is still a long way from victory. The PP-Vox sum gives an absolute majority between 178-180 seats.