Leclerc sets the tone in Barcelona before 54,134 spectators

The ferrarismo, which is legion in Barcelona, ​​has reason for optimism in this 2022 Spanish GP, in which it could once again savor the victory that it has been denied since 2013, with Fernando Alonso (it was his last triumph). 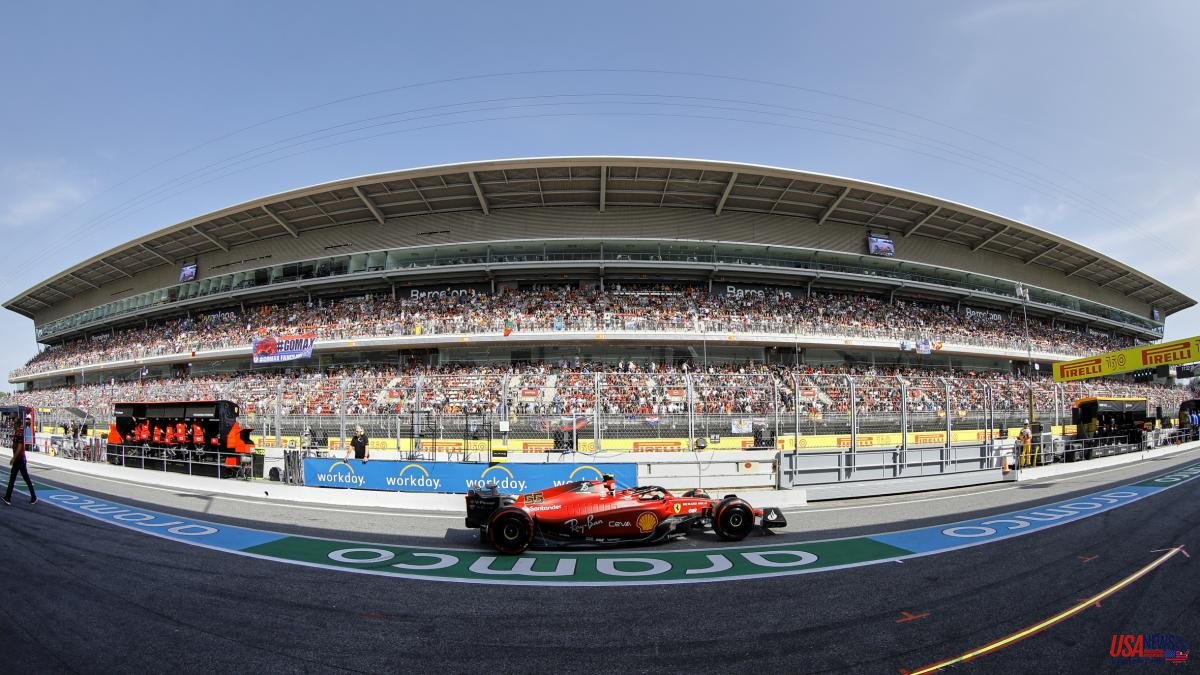 The ferrarismo, which is legion in Barcelona, ​​has reason for optimism in this 2022 Spanish GP, in which it could once again savor the victory that it has been denied since 2013, with Fernando Alonso (it was his last triumph). Charles Leclerc led the two free sessions and laid the foundations to qualify for victory on a track that welcomed 54,134 spectators; a vertiginous number to be a Friday of free training.

The dominance of the Ferrari began in the morning session with the double of the Monegasque and the Madrid native Carlos Sainz, separated by only 79 thousandths. In the second training session, in the afternoon, at race time, the World Championship leader continued to lead, but with new -and unexpected- pursuers: the two Mercedes.

Making the most of the improvements introduced in the W13, the two star drivers took a significant step forward in times: George Russell moved up to second position, just 117 thousandths behind Leclerc, and Hamilton, third, came within 2 tenths from Monegasque. That improvement will have to be translated this Saturday in the qualifying session (4:00 p.m.).

Carlos Sainz, who had been second in the morning, lowered his performance in the afternoon, dedicated himself to riding more (31 laps) to work on the race pace, and fell 3 tenths behind his teammate. Although he was again ahead of Max Verstappen's Red Bull, fourth, which everyone suspects that he keeps his cards to attack pole. The Dutchman was 336 thousandths behind Leclerc.

For his part, Fernando Alonso, who had been fifth in the morning, maintained his good feeling with 6th place in the afternoon, 0.5s behind Leclerc. A minimal difference that invites optimism to the Asturian.

To get an idea of ​​the magnitude, in comparative terms: the largest precedent of attendance at the Circuit on a Friday of training was in 2007, the year of the record number of influxes to Montmeló in the midst of the Alonso maelstrom, when 67,000 spectators converged. The next best figure for a Friday was in 2008, with 45,000 fans.

A very high public attendance that has more value, if possible, taking into account the high temperatures that occurred in the Vallès Oriental area. At the Circuit de Montmeló, the thermometer rose to 31.7ºC around 4:30 p.m. 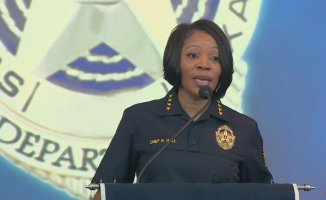 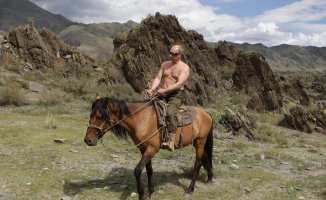 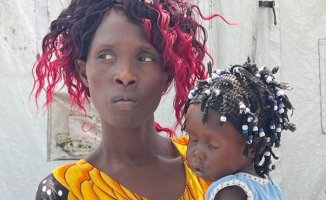