Laporta: “I would like Messi to retire at Barça 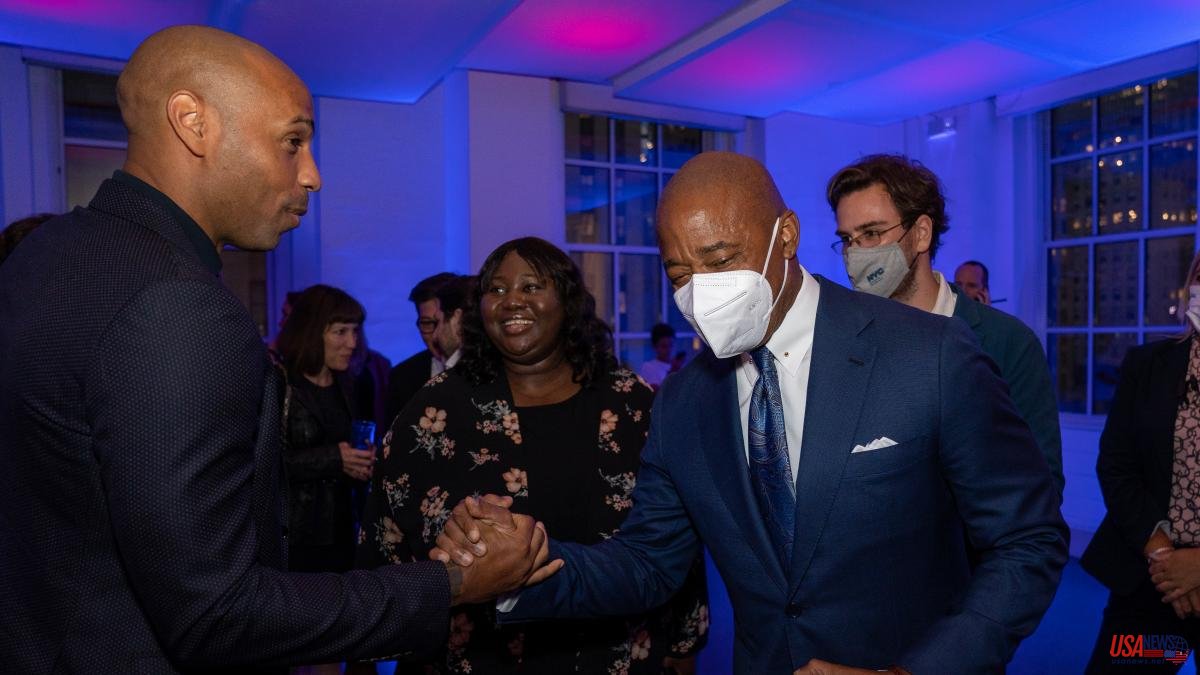 Joan Laporta left a couple of clear messages. "We're making these investments in players so we can sign them all up, of course," he stressed. And, in response to those who are amazed by the team's reinforcements when the box was empty, he replied, yes, "without arguing", to be calm, that "there can still be more surprises." And He pointed out: "We are very awake, Barça has returned to the market and the players want to come".

The movements in the market have awakened the optimism of the fans and have returned the fighting spirit to its president. Although he had already suggested a possible return of Leo Messi to Barça, on this occasion the Barça president went further to express that this would be his wish.

"It is an aspiration that I have as president and I would like it to happen, I have been co-responsible for that end that I consider provisional," he pointed out by way of self-criticism. "Messi's stage at Barça did not end as we all wanted, it ended very conditioned by economic reasons and we have a moral debt, in that sense we would like the end of his career to be with the Barça shirt and applauded by the fields at which go," he added.

The Barça president, dressed all in black, had a good opportunity to proclaim that "Barça is more than a club" from a place as imposing as Rockefeller Center, in the heart of Manhattan. He put the finishing touch on Thursday night to the presentation of the alliance between UNHCR, the UN refugee agency, and the F.C. Barcelona, ​​which was signed last June in Geneva, headquarters of that entity.

"This is part of our essence, we can help many, we have a special social sensitivity," he said.

The players Jodi Alba, Ter Stegen, Sergi Roberto and Franck Kessi, along with Xavi, their coach, were part of the entourage. Xavi and his former teammate Thierry Henry gave each other an effusive hug. Another ex who was at the commemoration was Juliano Belletti, hero of the 2006 Champions League final in Paris. The Catalans play their fourth and last game of the American tour this Saturday (victories against Madrid and Inter Miami, draw with Juventus) against the New York Red Bulls, based in New Jersey.

One of the attendees, that of the mayor of New York, Eric Adams, praised the sports entity because, given the suffering of those who have to leave their homes and their countries (100 million in the world), "it does not focus only on win games and championships, but has decided to take a step in the field of life.

After the speeches, with the moving testimony of a young woman from South Sudan who spent ten years in a refugee camp, who admired Ronaldinho and wanted to play football, although her mother reminded her “you are a girl and you have to cook”, Laporta explained to the journalists another definition of being more than a club, or only in this way is it understood that players from outside want to be part of the entity by giving up more substantial contracts.

“We are making a great team,” he said. They had asked him about Jules Koundé, the last one for now that he is going to join, after leaving Sevilla and being tempted by Chelsea. “We have the feeling that we are working well, the players want to come to Barça again”, he stressed.

And he did not rule out that, after the five completed signings, some more will still arrive to reinforce the defense on the sides. It all depends on “how the player registration is going”. He exposed his thought that in the end there will be no problems for that registration. “We are following the rules of financial fair play”, although he accepted that the League may have another interpretation.

According to Laporta, the situation has changed and with the "levers" (in another time it would be said mortgages) for the television rights ("I would have liked not to sell any percentage"), the entity has gone from a negative of 600 million euros to a positive of 667 million. According to their numbers.

This transforms the landscape and has left the rivals confused, who wonder how it is possible they are throwing the house out the window when there was not a cent in the coffers for nothing. “They have stayed on a page that we have already turned,” he replied. “They are surprised, in quotes, because they are trying to gain a competitive advantage over us,” he said. “If this makes rivals uneasy, that means we are doing well,” he continued.

“If I don't mess with what they do, don't mess with what we do. We are going to compete in the field, we will see who has worked more and better. They can criticize what they want, but I think it is due to misinformation, to generate an advantage in the market because perhaps they think that we will still continue to make investments and they feel that things have not turned out well for them, ”he concluded.

In addition, Laporta commented that Frenkie de Jong is still a Barcelona player, that the club wants him to stay and so does he, despite the offers. But he warned him that to continue he will have to adapt to the new salary structure. In the conclusion he remarked again that he feels indebted to Messi and that he would like him to return to the team as a player to close his career as he deserves.