Both Pere Aragonès and the government spokeswoman, Isabel Rodríguez, once again reached out to Junts to rejoin the dialogue table after their absence at the last meeting, but the formation led by Jordi Turull and Laura Borràs is not for the work in understanding that with the current circumstances "a real negotiation" is not possible. 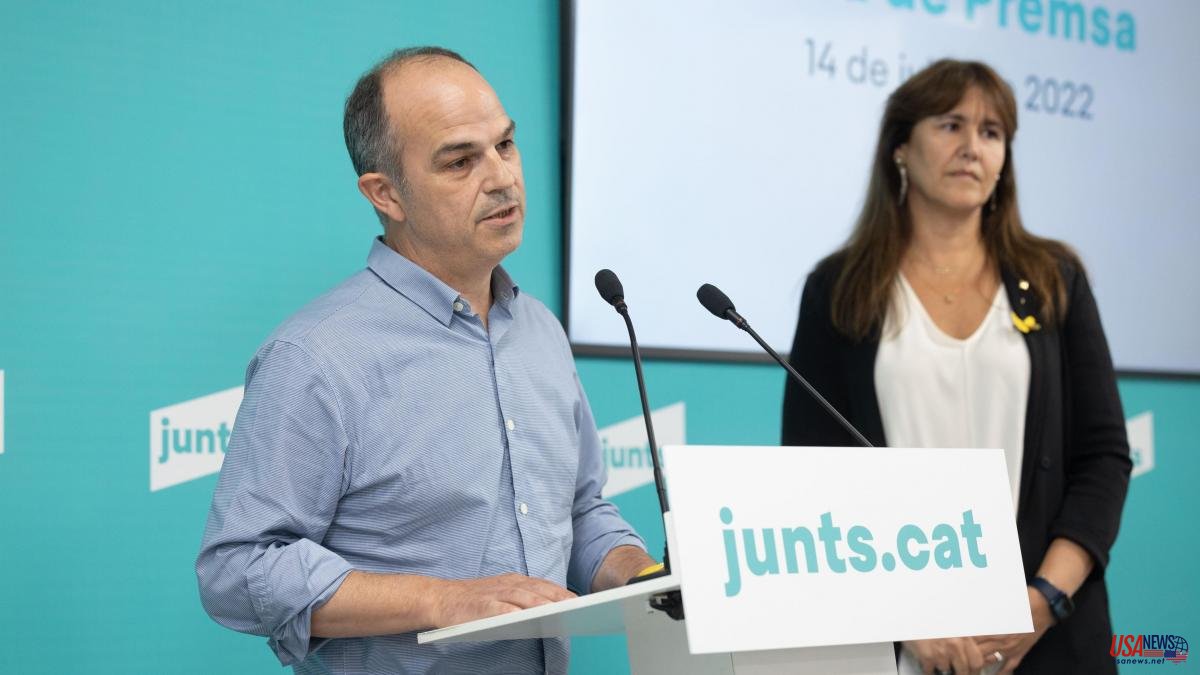 Both Pere Aragonès and the government spokeswoman, Isabel Rodríguez, once again reached out to Junts to rejoin the dialogue table after their absence at the last meeting, but the formation led by Jordi Turull and Laura Borràs is not for the work in understanding that with the current circumstances "a real negotiation" is not possible.

In fact, party sources point out that despite Sánchez's appeals, in an interview in this newspaper a few weeks ago or in the Congress rostrum this week during the debate on the state of the nation, they have not formally received any calls from the Moncloa.

In JxCat they have distanced themselves from their partner's strategy in the last year and attribute the current relaxation to Sánchez's need, after the poor results of the socialists in Andalusia, to reconfigure a stable parliamentary majority to conclude the legislature and be able to move forward the general budgets of the State in a context of crisis. After the approval of next year's public accounts, at the gates of the 2023 electoral cycle, it will be difficult to think that there will be meetings of the dialogue table beyond Christmas, JxCat sources pointed out this week.

Actively and passively, from Junts they have made it clear that they will not participate in that forum if there are no real guarantees of compliance with what was agreed, and that the approval of an amnesty law in the Cortes Generales is addressed in a real negotiation process in the remaining year of the legislature and of an internationally agreed and recognized self-determination referendum. Those three points are a sine qua non condition for those from Turull.

In addition, the vice president and spokesman for the formation, Josep Rius, pointed out this week that without a framework of trust it is unfeasible to resume dialogue and for this he demanded that the creation of an investigation commission on espionage with the Pegasus program to independence leaders.

The matter will be addressed today, in the second phase of the party's congress in La Farga de l'Hospitalet de Llobregat, which is why yesterday the leaders of the formation did not comment on the matter. In any case, in the political roadmap that will be approved, it is noted that the table "has not complied with the guidelines set by the Parliament" and regrets that "it has transmitted a false appearance about the situation" in Catalonia, "normalizing a repressive onslaught that many international eyes have been covered by this appearance of dialogue.

"Junts' proposal was that of direct democratic confrontation with the State, without at any time closing the possibility of dialogue," continues the text, which requires the presence of a mediator in the negotiations.

In September JxCat did not participate in the last meeting by not appointing a delegation made up only of members of the Government, as demanded by Aragonès, whom they accuse of vetoing them. With the change of management, the possibility of electing a new delegation has not been addressed.