Junqueras and the century to come

Oriol Junqueras did not want to talk about the procés. 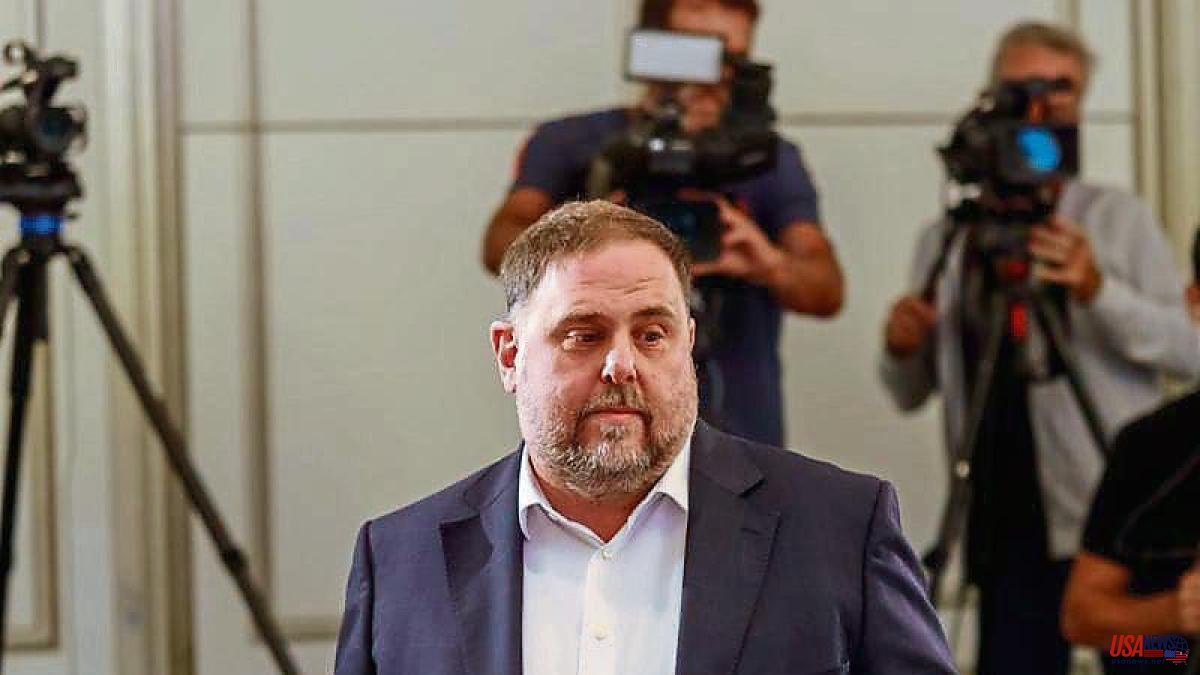 So it was the press that guided his talk. Junqueras, solicitous, eloquent, friendly and understanding like a Jesuit professor before an adolescent and anxious student body –excuse the redundancy–, explained his commitment to independence based on the evangelization of skeptics, the expansion of support for the secessionist process through policies and “integrative and inclusive” speeches –expressions he repeated a dozen times–, but in reality he wanted to talk about the future of the world.

"Ask me about taxation, energy policy," he said. He did not hide his body from any question, except for those that invited him to speak ill of Junts per Catalunya, but he not only demanded to speak of issues that transcended the independence of Catalonia and its time horizons – he unfolded an equation on the matter, in which the time became a subordinate variable of others: “Time is not an independent variable, that is, it is not a matter of time” – but it did, even though each question left a loophole to escape into a conversation about the zeitgeist –German word for the “spirit of the time”–, dwelling on his reflections on the future and its paradigms.

Junqueras, smug and relaxed, was surprised that nobody seemed interested in his opinions on the debacle of neoliberal dogmas, the validity of neo-Keynesianism and his sophisticated vision of central bank monetarism and its macroeconomic effects, but it was not clear if his surprise it was feigned or overreacted. It was obvious that he liked dwelling on the effects of central bank-encouraged liquidity on inflation and its relationship to the real economy. He left a few sentences for the record in quotation marks, such as his gratitude for the "doors" that have been opened to him after spending time in prison, and some invectives that underpin ERC's pragmatic commitment, particularly the wrong attitude of Junts -he said it without naming them – before the dialogue table between the Catalan and Spanish governments, which only reinforces the Spanish Executive in its immobility, but did not want the subtleties of the independence moment to take over his speech.

He spoke of independentist federalism within the EU, of the population pyramid, of the transformation of the energy economic model –based on fossil fuels and financialization, the two systemic pillars of the West– and of the evolution of world demography, of the educational system and whether we are preparing –no– our young people for what is going to happen to them.

At times, Junqueras yesterday seemed like a talk by ex-president Bill Clinton, when nothing of the immediate and peremptory reaches you and only the global and superstructural attracts your interest.

In his peculiar way, Oriol Junqueras seemed determined to draw Esquerra as a political proposal for the future world more than for present Catalonia –although one thing and another are not necessarily contradictory–, so that he inscribed the current pragmatism of the formation in a common sense of time. So, even if it caused a certain stupor, what Junqueras was talking about is why ERC has to be the incarnation of a new Catalan political hegemony. Which is, basically, what everything that happens these months in Catalonia is about.