Josep Lluís Trapero: "Society has not been generous with the victims of La Rambla" 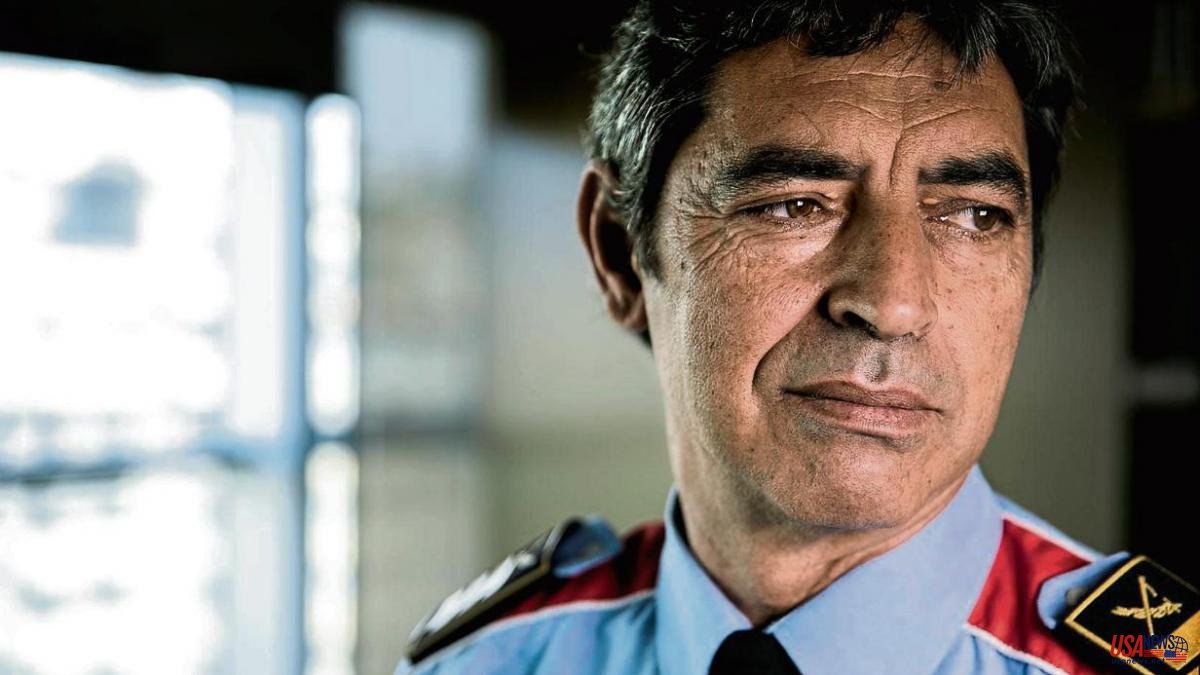 Major Josep Lluís Trapero has lived these last five years in a very intense way. Hero for many after the Rambla attack; dismissed from office by article 155; indicted for his role on October 1, acquitted; renamed head of the body by a minister from Junts, and finally dismissed by another from ERC. He is now head of the Mossos evaluation and inspection division, he feels happy in his task and breaks his silence for La Vanguardia to talk about the attacks of August 17, 2017.

Five years later, what are your feelings today about that attack?

As head of the body at that time, the first thing is to regret that we could not have prevented a tragedy like that, and, although it seems contradictory, I am proud of the response given by the Mossos d'Esquadra. Now, there are other issues that disturb me not as a police officer, but as a citizen. And it is that the response that society gave was not at the level of other countries.

What does it mean?

I think that society should have been more generous with the victims. When a person loses a three-year-old child, they must receive encouragement from society, from the Administration, and this does not mean only money and public resources, they need support that has not been given with the depth that it should have been given . Something more personal, more based on his human needs. Society has not made great recognitions. It has not been generous, and it has not been because it has not been encouraged to do so. I believe that we lived through an August, a September and an October that were times of storms. That explains everything.

Are you saying it because of the process? That the political conflict covered everything?

Yes that's how it is. Totally.

Have you maintained contact with any victims and their relatives?

Yes. Some of them, in a very close way, and that is why I can make this complaint. There are times when the economic issue dominates us all, but this is not about money, it is about gestures. There is a point of bitterness of these people that what they miss is the accompaniment. When a person has lost her child, beyond the financial resources she may have, she needs pampering, special attention. It is not a visit every month. A job that should have been much more rigorous.

The previous explosion in Alcanar made many people wonder if the Rambla tragedy could have been avoided. What do you think of all that today?

I think no. And I'm not saying it now. I said it two or three weeks after the attack. We always carry out a critical exercise on any device, open to the agents who have participated, on whether it could be done better or not. And we did this exercise, but then September came and it was abandoned. Article 155 was applied to me and I was removed from the body, and I do not know later the path that investigation took. That said, it must be taken into account that the visual inspection at the site of the explosion in Alcanar had to be done in daylight. This is marked by scientific police investigators. And when the inspection begins the next morning, the second explosion occurs, so from then on what has to be done is to protect third parties, cordon off the area. That explains why we didn't see what was there and couldn't get information about what those people wanted to do.

But it is true that the focus was on whether it acted late.

If it had been possible to see it more intensely, we could have reached the conclusion that it portrayed a terrorist attack, but we had to follow the security protocols. If we had done the inspection at night, the second explosion would have taken place and I don't know how many police officers would have been killed. These analyzes a posteriori, from dispatch and from ignorance, do a lot of damage, but not only to the institution, but also to society because they entangle it. Everyone can have an opinion on everything, but it is good that before giving an opinion they are informed in some way. At that time there were many free opinions.

Precisely there was a great debate as a result of the disclosure of an alleged CIA note, The Note, which warned of the risk of an attack on the Rambla...

Yes. This is a topic that I lived very personally and in part I was a co-star. I consider the issue closed, but I do want to clarify that I do not question the legitimacy of a medium to publish news. What I questioned is the message that was being given to society at that precise moment. That that attack could have been avoided because there was prior information. I found it painful personally and it hurt a lot of people. I think that everyone, and I the first, we have to learn from our mistakes. I do not recognize myself in some of my interventions at that time and I say it clearly, I did not like it, but in the same way that I say this, I think that the media must be very careful when an attack like that has just happened, to release the news This guy does a lot of damage. And even more so when we had all the internal information and it could be shown that it made no sense or was related to the events that took place. I think there was a point of irresponsibility.

You also had a moment of great prominence, with t-shirts with your name.

Yes, I had an excessive leading role that I didn't like. The police, as a concept, should belong to everyone, no matter how they think, regardless of their political position. Any use of a police force and much more than one person seems unfair and a disservice to society. And there were drifts in both directions. There are those who unfairly attacked the person and the body and there are those who gave it a dimension that it should not have. Having said that, I will add a nuance. There is one thing that I do not regret and I defend it, which is the professional communication that we made. The communication people had worked very well on it and it was not the result of chance.

Did you feel used by some politicians?

I can't tell. Everyone played their cards. Some, giving a special value to our work in an exaggerated way, and others, the other way around, placing errors where there were none. I say again that it was a special moment, which explains things that happened and others that didn't.

He spent days throwing flowers at Mossos cars to criticizing them for their role on October 1.

Yes. That makes little sense. The body does not need these flowers, and less continuously. They may be an acknowledgment of a moment, but it remained in time until it was cut short.

There is a conspiratorial version of the attacks that was propagated by former Commissioner Villarejo based on prior knowledge of the CNI about the attack. This is based on the relationship that the Ripoll imam and the CNI had. What is his opinion about it?

On this subject I can speak with knowledge of the cause. The Mossos led the response to the attack and the investigation was coordinated with the rest of the police forces, the CNP, the Civil Guard and the CNI. And I can tell you that the most effective response, with more knowledge of data, deeper, and I can tell you that more loyal, was that of the CNI. I have no doubts, neither I nor any Mossos commander, about this.

But in the specific relationship of the imam with the CNI...

One thing does not necessarily lead to the other. The Mossos collaborate with many people. There may be a police informer who later hooks you up with, for example, a drug transport. I have no inkling of the conspiracy theory. And the only reality of that moment is that the CNI helped us a lot in the investigation.

There is another aspect of the consequences of the attack that was the attention paid to the very agents involved in the death of the terrorists. They complained, they have left the body and have ended up denouncing the Interior. How did you see it?

Well, very bad. I am fired in October and I withdraw from day-to-day life until my sentence is handed down and they offer me to return to the force again. When I return with Minister Miquel Sàmper, we meet with them, with the agents who killed the terrorists, and we perceive the pain they feel, the consequences that everything that happened has had for them as people and as professionals. There is a lot of pain that they express to us and show that they do not feel accompanied.

For a few months, Europe was the object of jihadist attacks like the one in Barcelona, ​​but lately there have been none. What alert situation are we in?

The risk is the same. Today the Mossos are better prepared and equipped to prevent it, but the terrorists will take advantage of any opportunity to do so. Zero risk does not exist, and the price to pay for it to be so at the cost of losing our freedoms is something that society cannot afford. Later, police coordination has also improved. In the past there was a big problem of lack of trust, as has now been revealed with the audios that are being published these days. In these recordings some characters appear who had a fundamental role in coordinating bodies of that time. Now listening to them, it is understood how difficult it was to maintain a relationship of trust.

For example? Are you talking about politicians? Police?

I'm talking about police. Patriotic police with names and surnames. They had roles of responsibility in the field of coordination and now we see what they thought of many of us and what they wanted to do with some of us. Then you understand how difficult it was to maintain a frank and trusting relationship. And with the same force I want to say that there is now an excellent relationship of trust with the police, the Civil Guard and the CNI.

Speaking of the CNI, the Pegasus case hasn't caught you by surprise, has it?

Look, as I have suffered a lot and pointless criticism is made for free, I want to be respectful of high authorities and I am not guided by what is published. I don't know what the CNI did, but if it made recordings without legal protection, not only shouldn't they have been made, but they should have consequences.