The composer Jordi Cervelló has just left us. 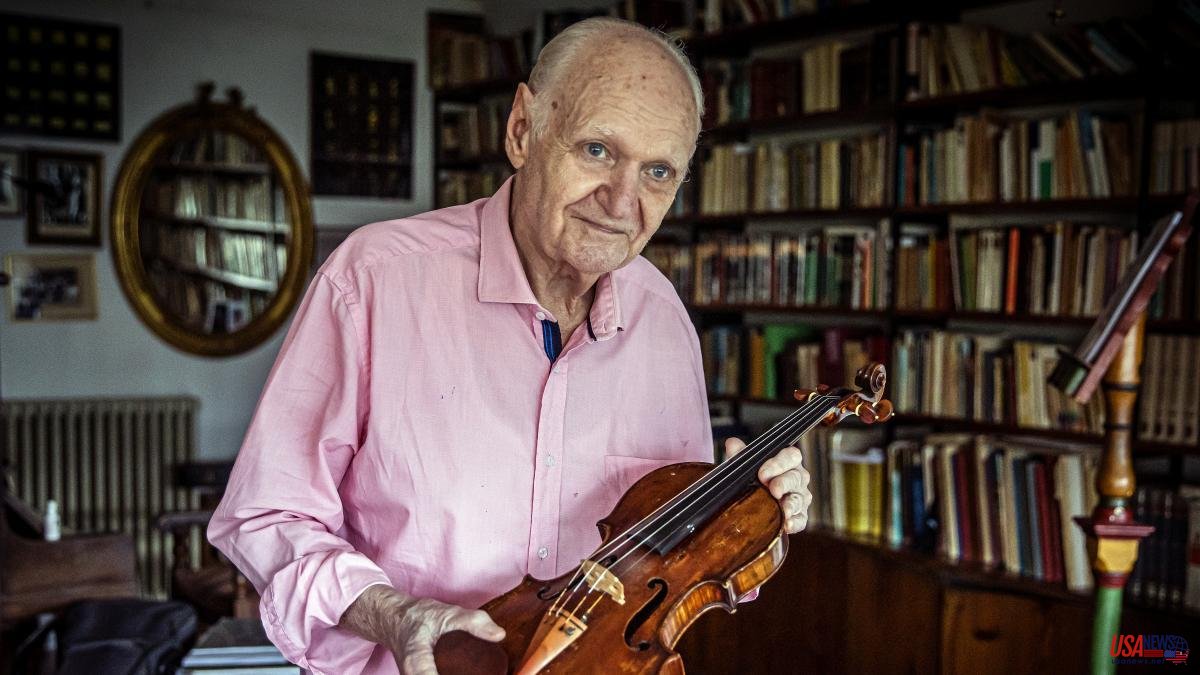 The composer Jordi Cervelló has just left us. He was born in Barcelona in 1935 and his beginnings, almost as a child with the violin, are related to two prominent names: Rosa García Faría and then with the renowned Joan Massià, later passing through prominent European centers, a career that was cut short by an accident in Rome in 1960 .

It's not easy to keep your distance when news of a friend's death unexpectedly arrives.

Thoughtful man, his gaze, sharp and calm and with a touch of inquiring smile, always betrayed that there was thought behind. He did not shy away from day to day. The idea of ​​war, of violence, hurt him, and when he could, he set to the task of translating his ideas into music. I considered -he said- the problem of composition as a bond of emotional expression.

We coincided in a rainy afternoon of a demonstration, in which people rebelled against injustice, … of all kinds. I remember his musical and human reaction to the March 11 attacks in Madrid. His sensitivity – as he said – towards the pain, misery and humiliation of men who are victims of other men has always been manifested: and in Anna Franck, a symbol, from 1971, and Clamor from 1974, he shows his pain for the cruelty from the Nazi camps.

And he was deeply disturbed by the various forms of mistreatment of animals, the idea that through their death, or their life in cruel captivity, humans were being fed. From 2012 is Natura contra natura, premiered by the OBC.

And this humanity of Cervelló can be read in his work, always faithful to the essence of language, without joining the currents that harshly nuanced the second half of the 20th century and moved away from the listener.

His musical thinking regarding the color of the orchestra even looks to Rimsky, and often shows his admiration for that Russian school that set foot in the 20th century by stimulating change. The Generalitat recognized him in 2010 with the National Music Award (why such a generalist name?) But his work was always heard in Catalonia late, and some of his important scores were premiered either in Russia or by performers there. For example, in March of this year we heard at L' Auditori by the OBC L' harmonie de les formes, one of his magnificent works; a St. Petersburg orchestra had recorded it twenty years earlier.

Delving into more intimate fields of the string in recent years, he showed his unlimited admiration for Pau Casals (he wrote -1996- a Sonata in his memory) while at the same time intensifying his contact with young string players interested in his work and his wisdom. technique. In this sense, it is worth emphasizing his contribution in the 24 Capricci for violin, a series that he began to write in 1998 and ended in 2019 with a memory of Nathan Milstein admiring him: Milstein Caprice that closes the cycle.

A masterpiece in terms of construction –I always say that it should be part of the repertoire- is his Concerto for violin and orchestra, from 2003. And this sensitivity of Cervelló could not be far from poetry, which he ultimately expressed in music, as he specified in L'infinit from the early 80s, inspired by the poetry of Giaccomo Leopardi and dedicated to the master Antoni Ros Marbà who premiered it.