Jordi Alba does not hold his tongue. 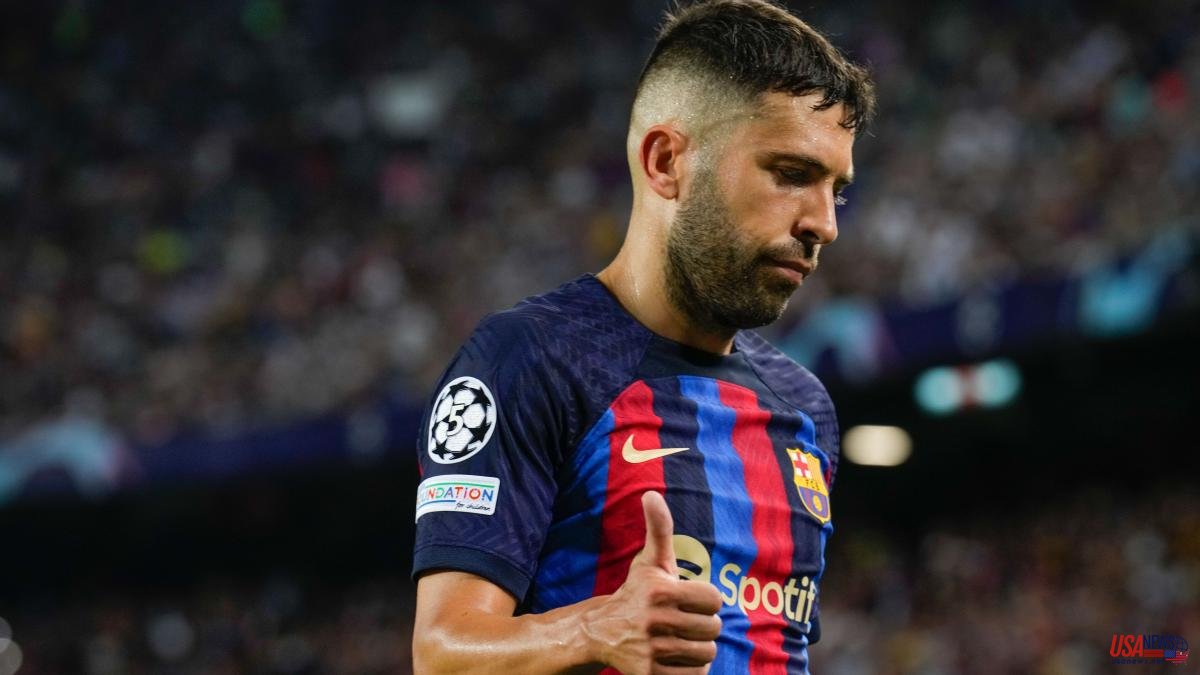 Jordi Alba does not hold his tongue. After a complicated start to the season in which he has made three substitutions in five games and in which he received a last-minute offer to join Inter Milan on loan, which the club did not see with bad eyes, the captain considers that he will not He has to vindicate although he shared his feelings in an event organized by Adidas together with Ferran Torres, Raphinha, Irene Paredes, Mapi León and Vicky López. "I would like to say more but I am not going to do it. I like that they go to my face", he sentenced.

"I've been at the club for many years and I've also gone through times when I haven't played. Now I have not had those minutes, but I have tried to encourage the group as much as I could. The atmosphere is extraordinary”, said the defender at an event held at the Vall d'Hebrón Pavilion in Barcelona to present the new Adidas X Speedportal boots.

Alba pointed out that "never" has complained when he has not played. "I don't ask why either. I'm doing well, trying to help the youngest to be better every day," she said.

This summer, Barça has signed Marcos Alonso for the left back, and the youth squad Alejandro Balde has already been a starter in three league games. “It is clear that competition makes us better. But I always try to be 100%, whoever there is. Little by little I'm getting in shape and I feel much better every time”, assured Alba.

Regarding the opportunity he had to go to Inter Milan on the last day of the transfer market, the Barça player was blunt: "My thought has always been to be at Barça, because I see myself qualified to be here for the years that I have left. of contract. I think I have always shown my commitment. But the club's decisions are what they are and I'm never going to get into that issue".

However, he did claim that "I like to go to the front and that they go to the front. I have nothing more to say, although I would like to say more. In this world of football, nothing surprises me anymore." Finally, he applauded what that Robert Lewandowski contributes: "He is a leader, we already know him," he said.