Javier Gurruchaga: "Sometimes I censor myself and eat it with potatoes to please everyone"

Javier Gurruchaga returns to Barcelona today Saturday in the format with which fans most associate them, that is, leading the Mondragón Orchestra. 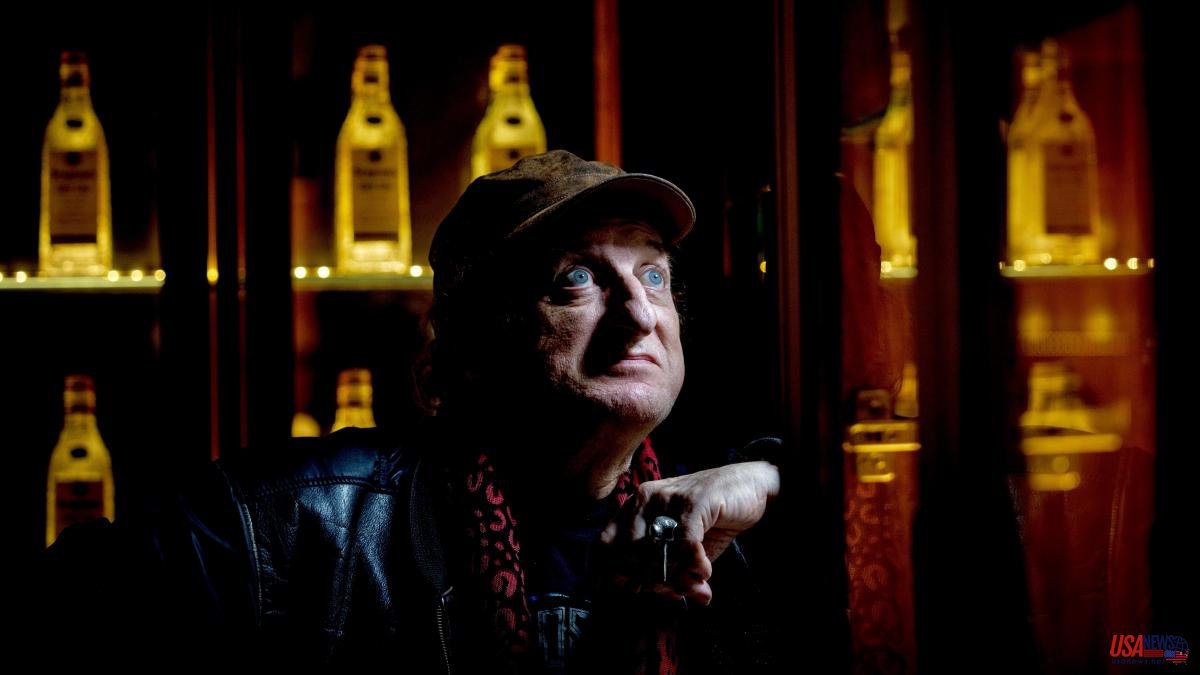 Javier Gurruchaga returns to Barcelona today Saturday in the format with which fans most associate them, that is, leading the Mondragón Orchestra. This stop at the Razzmatazz room (9 pm) catches you in the middle of the Extraordinary Stories tour, a format for theaters and auditoriums.

In addition to his classic repertoire -Neon Heart, Put on a Wig, Lola, Lola, Human Claws, Fierce Little Red Riding Hood, Voyage with Us...- he has incorporated pieces of some of Edgar Allan Poe's best-known texts, shaping a show between the theatrical and musical. On this occasion, however, what the public will be able to see is something closer to one of his usual concerts. It will have as opening act the muscular Catalan band 11Bis.

Although your concert in Barcelona is not going to be very Poe, how did the Extraordinary Stories project come about?

Talking with Luis Alberto de Cuenca, who had already written lyrics for us, when we were in the pandemic. I was alone, I was reading these stories, and that idea arose of talking about an author who was so concerned about the pandemics of his time, in works such as The Mask of the Red Death or The Black Plague. It was, then, about a writer that we like a lot and where the pandemic element was also a little bit present. I premiered it at the Cervantes Theater in Malaga in September of last year, and it went very well.

Well, for summer more Mondragón and for autumn winter more Poe, although I insist that this time it will be Mondragón with a touch of Poe, but only a touch. I will be on stage with the formation that has accompanied me in recent years; In recent times Popotxo no longer acted with us due to illness and unfortunately on September 3 it will be two years since he passed away. I am the storyteller, the engine that I have always been.

In the repertoire of always of the Orchestra, is there any incorporation like its recent theme ¡No shootas más!?

Yes, and it is an issue that I wanted to insist on a lot. It is a song whose music was composed during and because of the pandemic in the beginning, but we saw that this crazy outrage, this invasion of Mr. Putin of Ukraine was too much. I have always stood against violence since the times of Mari Castaña, terrorism, singing Imagine, with the war in Iraq. And we got this very John Lennon song, and more than a pandemic we wanted to talk about wars, weapons, and violence. The lyrics of Don't Dispare More are by Gabriel Sopeña and Juan Mari Montes, and that is what the body asked us now. On Saturday we will also have the group 11Bis playing before us, which I really recommend not to miss, and I would like to have Jaime Stinus as a guest. In principle he has said yes.

In this type of tours, how do you avoid the sensation, the possible aroma of nostalgia?

One is seeing the development, the passage of time, fans that you would never imagine and that have aged. Sometimes different generations coincide in a concert and it's a feeling, I don't know, nostalgic, although we don't live only from those songs because we also make new ones. But there is a more vintage tint, and I confess that when some old fans approach you, you get a flash because you think that time does not pass for you, but suddenly you see a collection of institutions with a certain age...

Nostalgia also for those times on a creative level as an artist?

Yes... I have good memories of that time, but every era has its moment, because for example then I wouldn't have made a song like Don't shoot! more because that requires greater maturity. Each moment has its set, let's not idealize them.

How do you live the very prevailing current political correctness?

For the time being, I avoid a song that can annoy or screech because I avoid it, like Inflatable Doll and things like that. But curiously, and as the Ministry of Equality has made it fashionable, I have now also recovered the song They prefer fat women that we had not played for a while. But it is true that there is an excessive correction… how things have changed… but, well, look at the United States, the Rolling Stones have removed Brown sugar from their repertoire, you tell me. Everything is changing and everything is going so fast… there you have a fan of Benito Mussolini winning in Italy.

Don't you feel an added responsibility to make these things visible to your audience?

Yes, of course. Personally, whenever I have been able, I have not remained silent, especially on the issue of war. And of course it is a responsibility because we are communicators, we are spokespersons for feelings and things that are happening. And the comedian sometimes tells very clear truths and is a mirror of what is happening.

But how would you explain the presence of this self-censorship?

That happens all over the world. Everything runs fast, everything becomes fashionable more quickly and social networks, political correctness, movements like the

Is it your case too?

I also want to please everyone, including the general public, and sometimes you have to eat it with potatoes and do your own censorship because you want to reach as many people as possible.

Where then is his vocation as a cojonera fly?

It is a more endearing cojonera fly, in quotes. But the thing is that everything is so controlled that the new icons don't say anything, it's all an aseptic format, just entertainment and trying not to understand what they say. There is a general numbing of current music.

By the way, next week you will be at the Sitges Film Festival, right?

Yes, I will be with Nacho Vigalondo and with Carlos Areces, who is another of the actors, defending Nacho's proposal within the series Histories to not sleep. He has made a chapter called The Alarm, where I play the grandfather and in the end I am a kind of Martian and it has that touch of science fiction like the stories of Nacho Ibáñez Serrador.

The Mondragón Orchestra was born in 1976 and today we are in 2022. What conclusion can we draw?

Well, we're still there; As long as there is health and you earn one, you don't retire. We continue to want to do new projects and new things. In theater I will like to do Moliere in the future, and next week I will shoot Eduardo Álvarez's film Amarillo in Benidorm... The important thing is not to be still, that is the bad and terrifying thing about the pandemic.