Japan amazes the world with an education lesson: clean up before celebrate

The World Cup in Qatar has given us another great surprise with Japan's historic victory over Germany, teams belonging to the Spanish group. 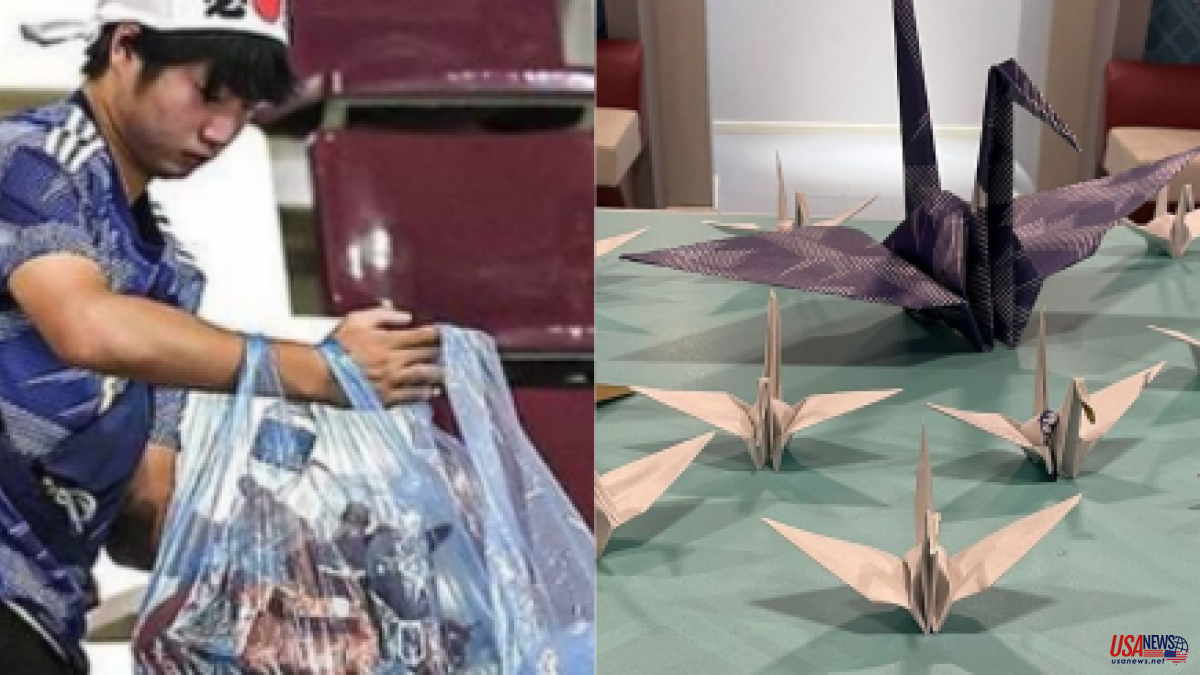 The World Cup in Qatar has given us another great surprise with Japan's historic victory over Germany, teams belonging to the Spanish group. The Japanese came back from Gündoğan's initial goal in the second half and make qualifying for 'Las Águilas' to the round of 16 very expensive.

Example in the field and in the stands. The good work of the footballers on the field of play caused joy and revelry in the Japanese stands, which at the end of the game gave a recital of education and good manners.

The stands clean. Japan had achieved one of the most important victories in their history, but at the final whistle the fans did not get carried away by euphoria and gave a lesson in civics. Most of the fans stayed at the Khalifa International Stadium to help the staff clean all the rubbish from the field.

Dissemination in networks. Twitter, TikTok and other social networks have been filled with graphic documents in which we can see Japanese fans collecting garbage remains and storing them in blue bags. A sign that they do not break the ethical codes of their culture even when they cross the border of their country.

The players also lead by example. The footballers, who at the end of the match were immersed in a state of collective euphoria, also showed off their good work by leaving the dressing room totally clean and tidy. In addition, they left a "thank you very much" note along with several origami figurines.

A recurring example. Good Japanese education is nothing new, but it always stands out against other cultures at world-class events. Without going any further, in the opening match between Qatar and Ecuador, several Japanese fans were left collecting the waste generated by other hobbies.

Top comments. The Japanese example has aroused thousands of admiring comments on social networks: "Perfect example of a society with good education, civics and with values ​​and a sense of responsibility, which we lack in so many countries", comments @Rubendeverdun. "They are tremendously cultured and disciplined. Japan, yes or yes, is a place to visit and to which we should adopt many of its customs," he comments in the same line @vivianaroco. "The Japanese are the most disciplined in the world. Everything must have an order, it is their philosophy of life. They are the precursors of Just in Time and efficiency in organizations. Their mentality is far from ours in the West. That is why they are a great nation", highlights @guido8021.