Robert Crimo, the man arrested for the Independence Day shooting in Highland Park (Illinois, USA), with six dead and at least 30 wounded, planned the attack for weeks and dressed in women's clothing "so as not to raise suspicions," authorities reported Tuesday. 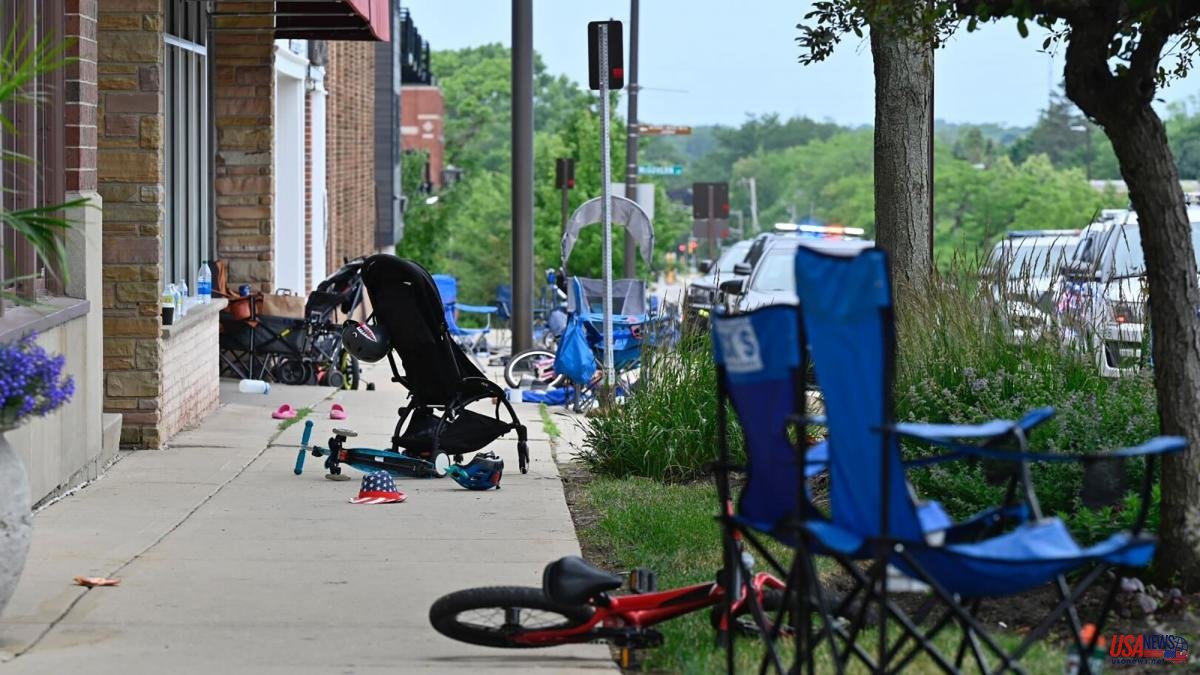 Robert Crimo, the man arrested for the Independence Day shooting in Highland Park (Illinois, USA), with six dead and at least 30 wounded, planned the attack for weeks and dressed in women's clothing "so as not to raise suspicions," authorities reported Tuesday.

This was stated at a press conference by the deputy director of the Lake County Sheriff's Department, Christopher Covelli, after his department interviewed witnesses and survivors of the event and reviewed video recordings made with mobile phones.

At the moment, the police have not been able to establish what the motivations of Crimo, 21, were, and against whom no charges have yet been filed.

"We have no information to suggest at this point if it was racially or religiously motivated," Covelli added in response to a question about whether it could be considered an anti-Semitic attack because the area where it occurred has a large Jewish population. What the authorities have been able to clarify is that Crimo, who acted alone, planned the attack for weeks.

"He brought a high-powered rifle to the parade, accessed the roof of a store through the fire escape and began to open fire on the innocent people attending the celebration for Independence Day", which in the United States. celebrates the 4th of July, Covelli explained.

In order to go unnoticed, the suspect dressed in women's clothing in order to hide his facial tattoos and his identity.

Covelli explained that the alleged shooter, who fired more than 70 times into the crowd, had bought the gun "legally" in Illinois.

After the shooting, Crimo left the roof from which he was shooting, dropped his rifle and mingled with the crowd as if he were another spectator at the parade, heading to the house of his mother, who lives nearby.

There he took his mother's vehicle to escape but was intercepted when trying to flee. Inside that car, police found a second rifle.

Local media have echoed several videos and violent messages that Crimo had uploaded to social networks before the attack, including a staging of a shooting at a school.

According to the NBC television network, the young man represented various forms of murder in his videos, and in one of the last ones he shows a beheading. The YouTube platform closed the young man's page on Monday night. "We know that a lot of the videos that he posted really reflected a plan and a desire to go on a killing spree," Highland Park Mayor Nancy Rotering told CNN.

US President Joe Biden ordered this Tuesday that until July 9 the flags fly at half-staff in all federal buildings, which includes embassies and consular missions, as well as military installations abroad.

The decision, specified a statement from the White House, is taken as a sign of respect for the deceased, one of them Mexican, and the wounded.

This event occurs after nineteen children and two teachers were shot dead at the end of May by an 18-year-old boy who broke into an elementary school in Uvalde, Texas, with a semi-automatic rifle that he had bought legally.

As a result of that attack and another that occurred in Buffalo (New York), with 10 deaths, the country's Congress approved in June to increase control over firearms, with a minimum agreement between Democrats and Republicans.

The new law, signed by Biden, includes a review of the process for buying weapons for those under 21 years of age and extends the so-called "danger alert" ("Red Flag") rules to the entire country, which allow a procedure to be activated legal to confiscate the firearms of those who represent a danger to others or to themselves.

The legislation also seeks to put an end to what is known as "the boyfriend's legal loophole", whereby until now if someone was accused of domestic violence without being married, they were allowed to continue owning weapons, something that does not happen in the case of married people.

Despite this legislative milestone, the country's Supreme Court, with a conservative majority, extended the right to bear arms in June by endorsing that they can be carried in public.

Since the beginning of 2022, a total of 317 people have lost their lives in the US in "mass" shootings, according to data from the Gun Violence Archive, which documents this type of violence. That organization considers as "mass shooting" those with at least four victims, either dead or wounded, among which the author of the shooting is not included, in case he has died or suffered injuries.