If one day they ask me

If I have grandchildren, if they come out curious, if one day they ask me what the procés was, maybe I will give them something like this: a poorly organized, poorly managed and less democratic attempt than was intended, although very hopeful, to segregate Catalonia from Spain . 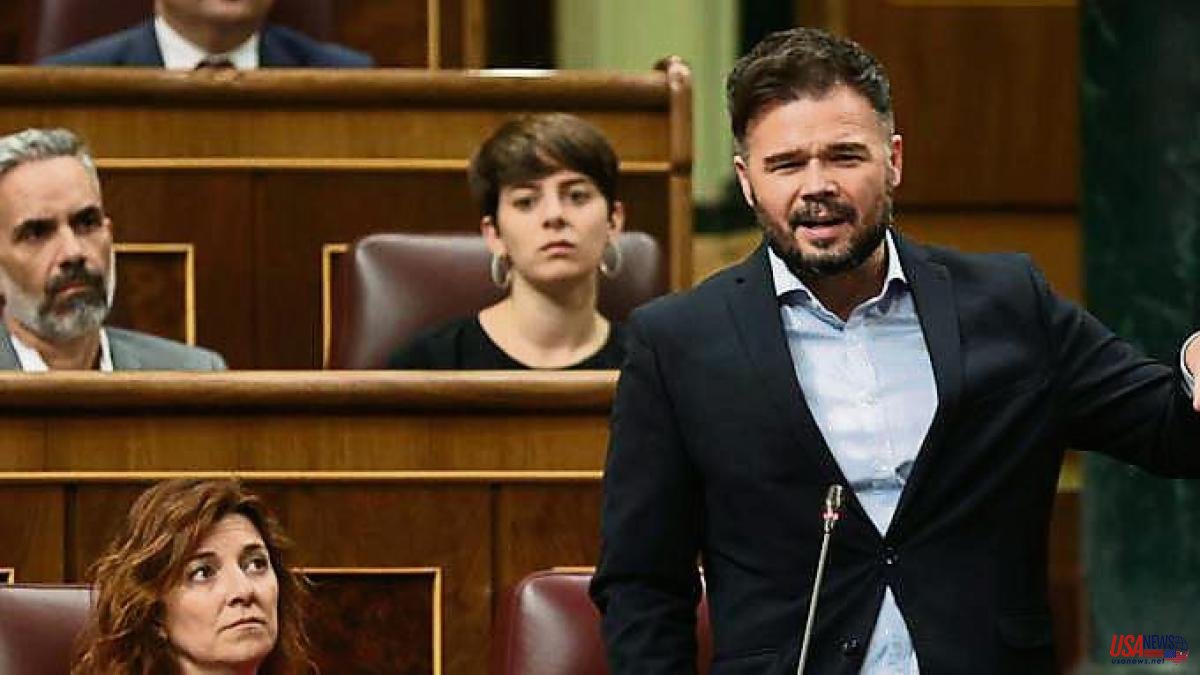 If I have grandchildren, if they come out curious, if one day they ask me what the procés was, maybe I will give them something like this: a poorly organized, poorly managed and less democratic attempt than was intended, although very hopeful, to segregate Catalonia from Spain . If you then ask me what the people who led this failure were like, I will tell you that there was everything: Artur Mas, unsuccessful negotiator and messianic leader; Oriol Junqueras, obstinate teacher of independence, with a somewhat angry background; Quim Torra, a xenophobe unable to act in a diverse society; Carles Puigdemont, willing to continue maintaining, at this point, that everything is always the fault of others... Now, these people agreed on something significant: they were middle class and used to measure their words.

Well, all of them, not all of them. Because among the independence leaders there was a different one, who had not studied in Aula, nor did he flaunt his Catholicism, nor had he worked for an insurance company in Switzerland, nor was he a lifelong independentist: Gabriel Rufián, today –still– spokesman for CKD in Congress.

Although he ended up holding such a distinguished position, Rufián grew up in the neighborhood of the Fund of Santa Coloma de Gramenet, and began to gain public prominence as a member of Súmate, an unlikely association of Spanish-speakers for the independence of Catalonia. Rufián is a genuine product of the street, who transferred to politics the ways of what the Anglo-Saxons call a streetwise. Sometimes with hurtful statements; sometimes with sharp tweets; sometimes, with disqualifications or insults in the parliamentary seat. Beside him, the street gang member Ayuso is an apprentice, a supervenient, also activated by remote control.

For years, the leaders of ERC, a party with a craftsmanship tradition, have appreciated for years Rufián's outspokenness, his unapologetic and pugnacious style, so out of the suburbs, and have dreamed that he could work in that area – a fishing ground where parties often get more votes. rivals– an apostolic work for the independence cause. So they have cheered him on, actively or passively, when he practiced his style related to that of a beach or disco pimp, which they do not usually allow themselves, but which Rufián has turned into a house brand. And that, let's say it all, he has animated soporific sessions of Congress, condemned to immediate oblivion.

Now Rufián has been contained for a few weeks, quietly. But to illustrate to my grandchildren what I have just described, I could tell you about some of his previous and most celebrated interventions. Like when he called Josep Borrell, then Foreign Minister, a hooligan. Or when in 2017 he treated President Puigdemont as a Judas, criticizing his supposed lukewarmness on the road to independence. Or when, a little over a month ago, he treated him like a moron, precisely for having proclaimed it.

Let's see, moron is not the worst thing that can be said to a congener. Applied to goods or merchandise, it means only defective or spoiled (sooner or later, life spoils everything). But it is also true that applied to people is not far from insulting, because it alludes to flaws, particularly psychic ones. And it is no less true that that moron launched against Puigdemont seems to have filled the camel's back and changed Rufián's luck. His superiors already reprimand him for the graces that previously applauded him. His candidacy for mayor of Santa Coloma already seems to be taking shape, which may seem like a step backwards to those who have liked it so much and have enjoyed it so much on the rostrum of Congress.

Sometimes, listening to the outbursts that Rufián has uttered in public against his rivals, I have wondered what the ones he and his bosses dedicated to them in private must have been like. For this reason, and assuming that, in the same year in which he has turned 40, Rufián could lose favor with his family and begin the path of decline, I would like to thank him for the naturalness with which he has behaved. Certainly his manners have not improved public life. Rather the opposite. But at least Rufián has not abounded in the self-righteousness or double face of those who could now show him –or have already shown him– his thumb pointing downwards.