He tore his body to pieces, kept it in the fridge, and for months left parts of the body around the city.

The brutal death of 27-year-old Shraddha Walkar has been making headlines in India for a week. 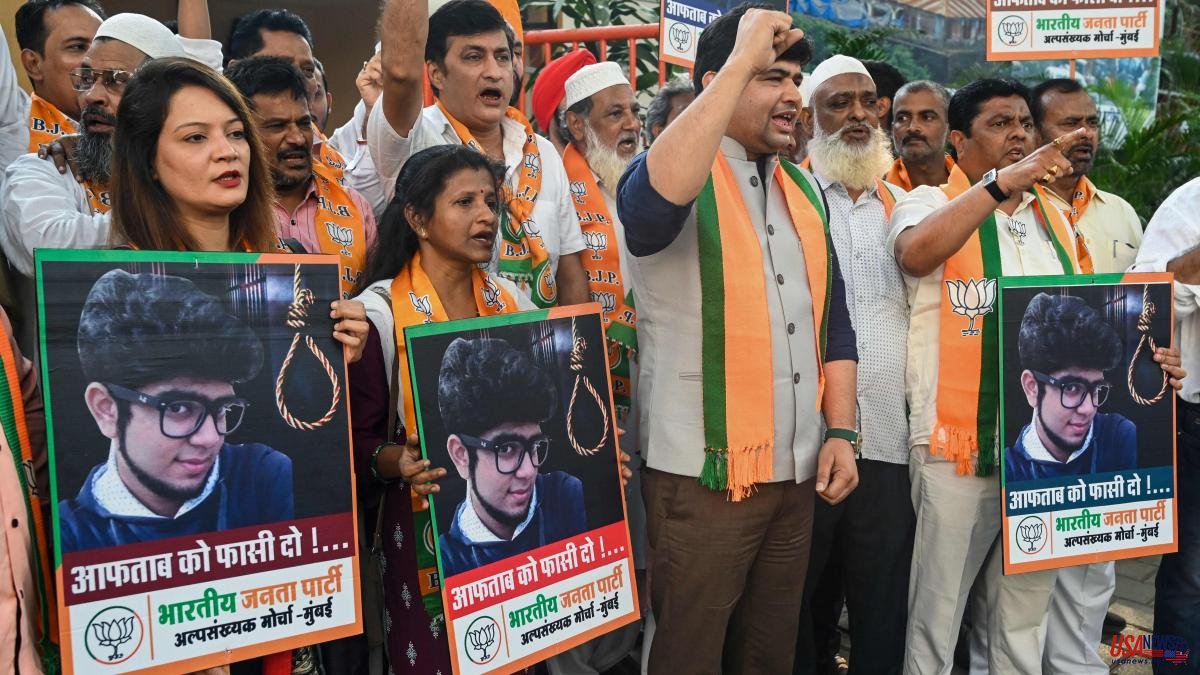 The brutal death of 27-year-old Shraddha Walkar has been making headlines in India for a week. The Asian country is shocked by a case, already popularly known as the refrigerator murder, which now seems to be in the process of being resolved after her partner, Aftab Poonawala, has been arrested. The police accuse him of killing Walkar, tearing her body into dozens of pieces that she kept in her fridge and that she distributed, one by one and for months, throughout the city of Delhi.

The defendant is in police custody and has not yet made any public statement, but this past Tuesday he would have assured in court that "the information disseminated" against him "is not correct", in addition to maintaining that he is "fully cooperating with the investigation police," according to the BBC.

However, the same British outlet points out that when he was arrested, Poonawala would have confessed to the crime and would have given directions to find parts of the body. "It happened in the heat of the moment and it was not deliberate," the accused would have maintained.

The police have reported that they have already recovered some bones and other parts of the body, which have already been sent to forensics to compare the DNA samples with those of the victim's father, who was the one who reported the disappearance.

Walkar and Poonawala reportedly met in 2018 through a dating app. Since then, the victim's relations with her family deteriorated since the latter, a Hindu, did not approve of her courtship with the now accused, a Muslim.

However, Walkar and Poonawala, originally from Mumbai, went to live together in Delhi. According to the police account, based on the testimony of several of the couple's friends, the two quarreled frequently and he allegedly abused her. So much so that Walkar would have registered a complaint in 2020 assuring that her partner had beaten her and threatened to cut her to pieces, which would have finally happened two years later.

The BBC reports that the police believe that Poonawala would have killed Walkar on May 18, more than half a year ago, although the case was not disclosed until last week when the father reported the case after not being able to contact his daughter. .

Since then, the fridge murder has grabbed headlines across India, causing an uproar that has spilled over into the streets, where protesters have burned images of the alleged assailant to demand an exemplary sentence.

The British public channel details that this Thursday the defendant already underwent a polygraph and will soon be injected with a serum known as truth serum before continuing to question him. And it is that although it is evidence that is not admissible in the trial, the judge has accepted it in the face of complaints from the police that the defendant constantly hides behind deception.

The fact that it has been more than half a year since the alleged murder is complicating the police investigation. Although the security forces are convinced of Poonawala's guilt, they still lack further evidence. For example, police believe that a heavy, sharp weapon such as a saw or meat cleaver was used to dismember the body, but have been unable to find it. It is also questioned whether the bones found, still unidentified, can be used, although the police take the defendant's guilt for granted.