Guillem Vives: "At a social level, the nationalization of Lorenzo Brown is difficult to understand"

Guillem Vives (Barcelona, ​​1993) resigned from the national team in the summer to spend time with his wife and newborn son. 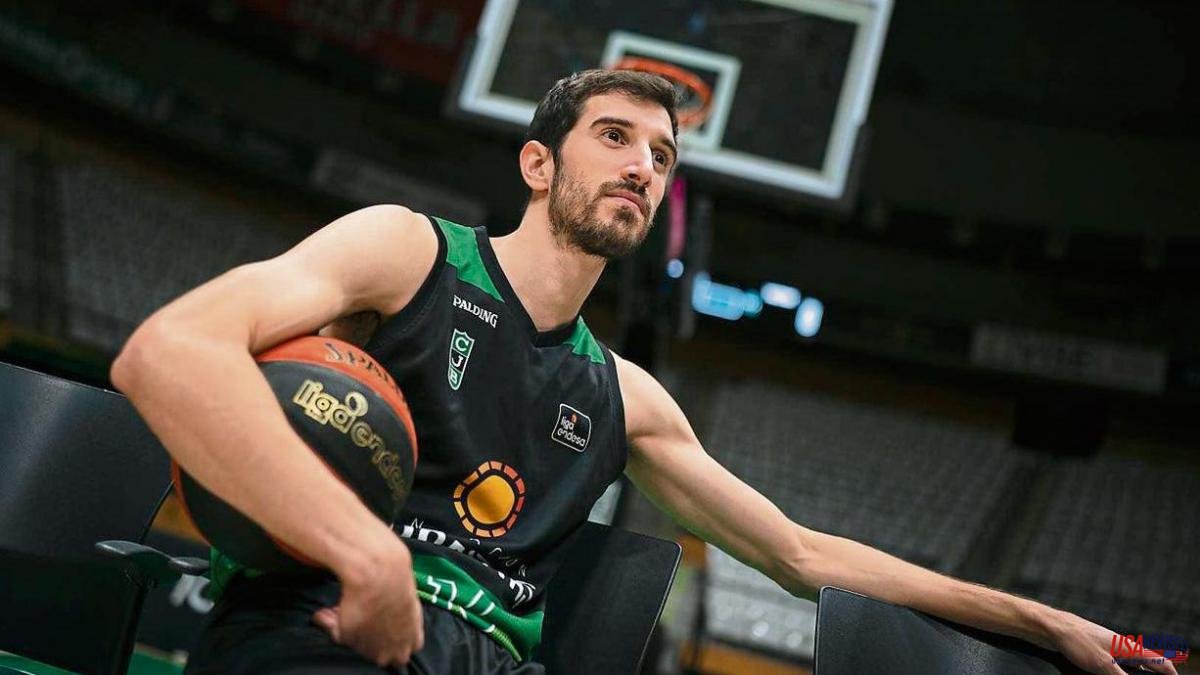 Guillem Vives (Barcelona, ​​1993) resigned from the national team in the summer to spend time with his wife and newborn son. In this course he wants to establish himself as one of the leaders of a Joventut that seeks to continue growing after a somewhat irregular preseason.

Defeats in the Catalan League and the Endesa Super Cup against Barça, how do you see your team?

These games have allowed us to see the level of the League and ours. They have been two demanding tests to see what we do well and what we need to improve on.

What conclusions do they draw?

We need to finish playing better both in attack and defense. But it is also true that as we have been playing games we have gained solid minutes, especially in defence, but it is clear that we have not completed 40 perfect minutes although I think no one has been able to.

They are a consolidated team.

We want to convey the idea of ​​being a team that has continuity and is ambitious, being at the top in all competitions. It is our goal. I always give Tenerife an example in this regard, they have been a consolidated team for many years, always competing in top positions.

How do you rate the adaptation of the new signings?

Very well. As has happened to all of us, they are going through a process to learn the system and meet their colleagues. Henry (Ellenson), for example, has experience in Spain and that helps him.

Yes, getting injured in preseason makes adaptation more difficult, so you will have to do it in official matches.

The signing of Kyle Guy should guarantee many points.

I think he has understood the system well but he still needs to know the competition better and realize the level of the players, he will get it soon.

And Guillem Vives, how do you feel?

I really want to start and consolidate myself in a project that I started last year when I returned to Penya.

What role does it play?

I am one of the most experienced players now and I have to speak more in the locker room and help the youngsters. I feel very comfortable.

Do you feel that you have more pressure after your great season?

It is true that more is required of us but we like it. That means that you have to be at the top, that's something very positive because it shows that the club has been growing.

It will not be easy to repeat fourth place in the regular phase.

We had a very good season and we valued it. We are aware of the difficulty of a competition like the Endesa League and that expectations are high, but we have earned them and we are going for them.

Have they turned the page after what happened in the Eurocup?

If we hadn't passed it we would be emotionally immature. That is now part of the past and we have turned the page on both the good and the bad. Everything must serve us as experience.

Do you regret having given up the Eurobasket?

No way. I was very clear about what spending the summer with my family was going to mean and I wouldn't change what I've experienced for anything.

How did you experience the success of the selection from a distance?

The truth is that I haven't been able to follow it one hundred percent, but we must highlight the competitive level of the team. Neither the players, nor the coach, nor the staff ever stop believing and maintain a philosophy that makes them always compete.

He is the leader of this generation and it is good that he assumes it. He is a coach with a lot of experience and has an image that generates this leadership status, he has earned it over time. He does not need to remember all that he has achieved. The medal is not only his merit but he has had a lot to do with it.

You are a Spanish point guard… what did you think of the nationalization of Lorenzo Brown?

It hasn't particularly affected me, but it does surprise me that depending on what class you are, you can obtain nationalization, which in other cases, people who come from abroad, have such a hard time getting.

It has been a decision of the Government after the request of the Federation and I respect it. But it is true that I find it difficult to understand it more on a social level than on a sporting level. It is surprising that for some it is very difficult to nationalize as Spaniards after fighting for it for a long time and this player has achieved it in a few days.