The family of José Antonio Griñán, former president of the Andalusian Government, today registered with the Ministry of Justice the request for a partial pardon for the former leader of the region due to his conviction for embezzlement framed within the Case of the ERE, a sentence ruled by the Supreme Court and that would lead him to step in prison for six years. 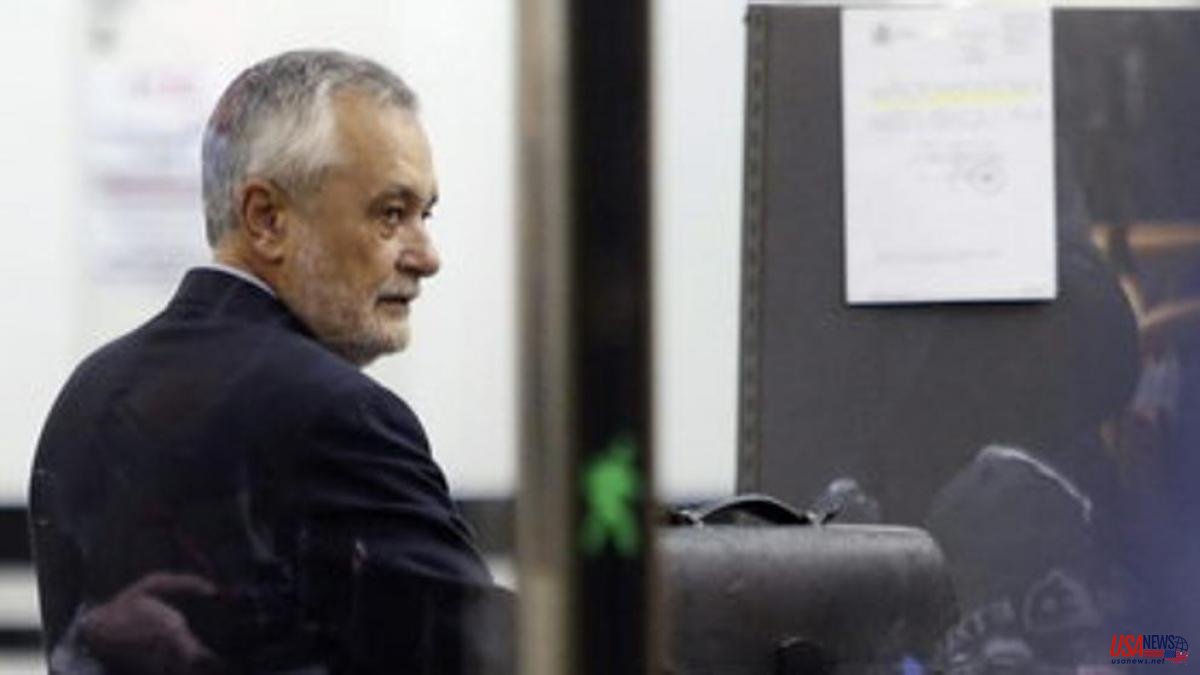 The family of José Antonio Griñán, former president of the Andalusian Government, today registered with the Ministry of Justice the request for a partial pardon for the former leader of the region due to his conviction for embezzlement framed within the Case of the ERE, a sentence ruled by the Supreme Court and that would lead him to step in prison for six years.

For reasons of "humanity" and "equity" for whom "after more than forty years" has devoted himself "to public service from the highest responsibilities, he has never received any remuneration other than his salary as an official, as evidenced by his assets, which it is public and known and has been the object of investigation during the case, without any personal or family enrichment at any time," Griñán's wife and children defend.

On the other hand, they wanted to show that the ruling of the Justice was not unanimous, with 2 of the 5 votes of the magistrates against the fact that the former president of Andalusia went to prison. Nor did the instructor who investigated the case in the Supreme Court in 2015 blame Griñán for embezzlement, he only did it for prevarication.

It is an "exclusively family" request based on the "exceptional personal circumstances" of Griñán, "a 76-year-old citizen with an impeccable life trajectory characterized by his fight for freedom and democracy, equality, the state well-being" and for "deep respect for the institutions of the State", including the courts of justice, according to the family, who deepens that the request is "completely removed from any political or legal consideration related to the court ruling".

The fact that he was not personally enriched, having maintained a "prudent silence" throughout the judicial process and having suffered from the beginning of the case a "permanent psychological and moral deterioration of seeing his name exposed to public debate, affecting this to their intimacy, their honor, their image and their presumption of innocence” are the arguments used by the Griñán family to request this measure of grace. The applicants have also pointed out that the sentenced person has spent eleven years under "seclusion in the family environment to protect himself in this vital ordeal."

The case of the Ere, the fraudulent framework for granting social and labor aid that for more than a decade caused a hole of almost 700 million euros in the public coffers, ended with the conviction for prevarication of two of the presidents of the Andalusian Government, Manuel Chaves and José Antonio Griñán. This charge implies disqualification, however, three of the five Supreme Court magistrates who judged the case, in addition, considered that Griñan had committed a crime of embezzlement, with a prison sentence of 6 years attached.

The division of criteria generated some controversy and "shows that it has not been possible to reach a decision beyond all reasonable doubt", insists the family, circumstances that constitute "sufficient reason to support a request for a partial pardon referring to the sentence imprisonment".

Griñán's family wanted to express their gratitude to "the many people" who wanted to accompany them "with their express and voluntary support in this petition". "People with very different opinions and ideas, representing an enormous diversity of social spheres, professional, business, trade union, cultural, academic and sports, many of them of great notoriety, which have general public recognition", they point out.

Among them are historical leaders of the PSOE, such as Alfonso Guerra, Felipe González, José Luis Rodríguez Zapatero or even Susana Díaz, the president who took over from Griñán and who wanted to show her support for the sentenced man. However, the name of the current leader of Andalusian socialism, Juan Espadas, is not on the list, as he already announced yesterday, considering that the party's "ethical code" prevents him from doing so.