Imagination to the power. 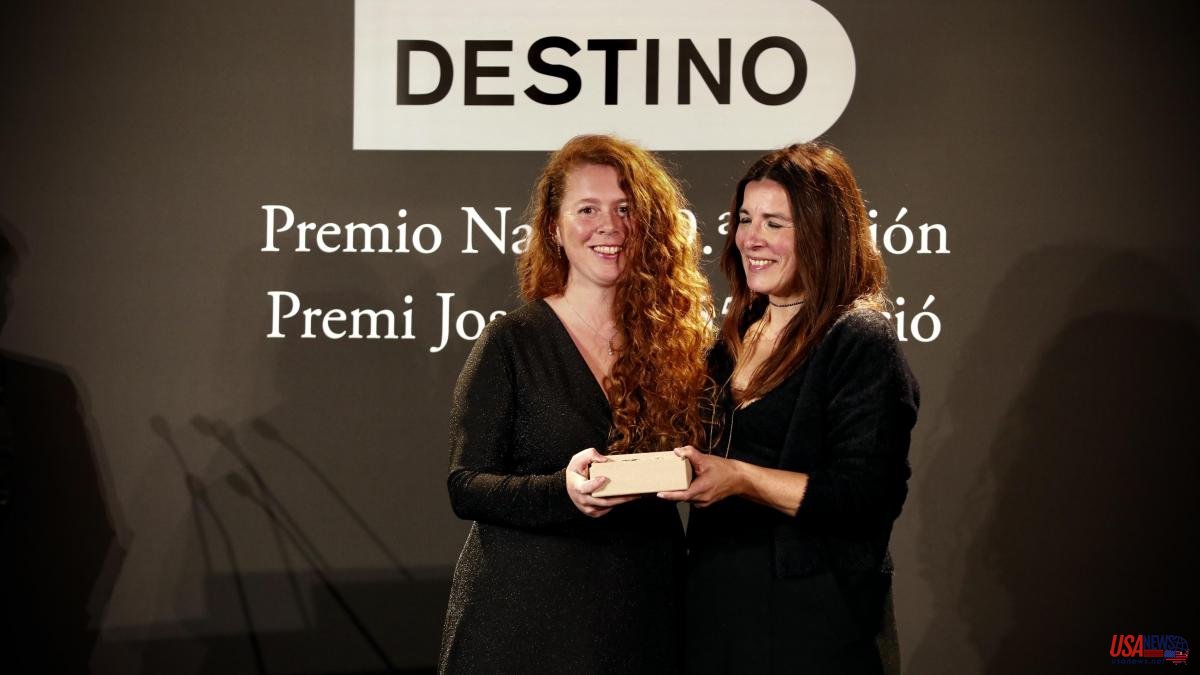 Imagination to the power. It is the motto of La llei de l'hivern, the novel with which Gemma Ventura Farré (El Vendrell, 1990) has won the Josep Pla prize. At 10:30 p.m., her name resounded at the usual dinner held at the Palace hotel in Barcelona, ​​although, to the surprise of the diners, her presence was hard to come by. And it is that the journalist has taken almost five minutes to reach the podium to collect the award, something that has finally remained an anecdote but has made more than one sweat. When she finally did it, she dedicated the award to her mother, "for supporting me in my attacks of insecurity."

The author acknowledges that this is "the best gift from Reyes that I have ever had" and anticipates that she is now facing a new challenge: that of being on the other side of the interview for the first time. "It's something that makes me very curious. I really want to. I spend the day listening and I think I'll keep doing it, but in another way."

During the press conference following the award ceremony, the author announced that her book, which had been presented at the award under the title When you open your eyes, you will appear under the pseudonym Laura Vallclara, tells how a young woman watches her grandfather with memory and imagination as company in full solitude.

"It is a tribute to the invisible, to the power of thought and to the imagination, which is the most important quality that humans have because it allows them to do what they want, invent beauty and make up for absences, that is why loneliness does not exist", assures the debutante, who insists that hers is a work with which one can learn to "know how to let go".

This same night, Manuel Vilas (Barbastro, 1962) was also presented with the Nadal prize for his novel Nosotros, which will hit bookstores on February 1, just like Ventura's book. This year, as a novelty, the economic endowment of both prizes has increased. Nadal goes from 18,000 to 30,000 euros, while Josep Pla goes from 6,000 to 10,000 euros.